Youth and underclassmen will define Tubby Smith's Minnesota basketball team. But two seniors who have a combined nine years in maroon and gold will also play roles. One of the two, in my opinion, could be pivotal to the team's success.

Jamal Abu-Shamala: An outside shooter who lacks the athleticism to do much more than that, Abu-Shamala excels when the Gophers are playing athletically inferior teams that have trouble closing defensively on perimeter shooters. In the Big Ten, those are few and far between. 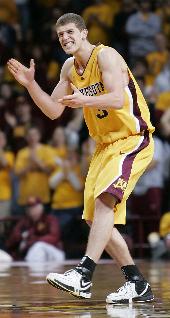 Under Tubby Smith last year, Abu-Shamala saw his playing time decrease from the days under Dan Monson. From the fan's point of view, it looked like Abu-Shamala took this in stride. He was Minnesota's biggest cheerleader from the sidelines. And when called upon, he was ready. Abu-Shamala, a former walk-on, knew his role. And he accepted it.

In 2008-09, I expect his role to diminish even further. Yes, he'll surely put up some decent numbers during the non-conference slate, as Tubby could well give him early playing time because of his veteran status. But sophomore Blake Hoffarber will surely be Minnesota's go-to spot-up shooter. Hoffarber is superior to Abu-Shamala with an at least slightly diversified offensive game. And Hoffarber also plays considerably solid defense in comparison. Tubby can't press or play high-pressure man-to-man defense with Abu-Shamala on the floor.

Some feel differently. Count Jonathan at From the Barn among those. He states that A-S could have a career year should he get enough playing time.

Every team needs a shooter, or two. With the addition Devron Bostick, Paul Carter, and Devoe Joseph and the continued development of Lawrence Westbrook and Al Nolen, there should be many more opportunities for Abu-Shamala getting kick-out passes from penetrating guards. Colton Iverson and Ralph Sampson III should also be able to create many more opportunities with what we can only hope will be more offensive rebounds. Coupled with what should be more confidence after a very successful summer, expect Jamal Abu-Shamala to have a career year, that is, if he finds playing time.

I think that qualifier is important. "If he gets playing time." At the beginning of the year, I expect A-S to play a decent amount of minutes, but come Big Ten season I expect his role to be minimal. Why? Because it's now a crowded lot on the wings. Along with Hoffarber is Lawrence Westbrook, Damian Johnson, Devron Bostick, Devoe Joseph and maybe Paul Carter.

Abu-Shamala has had an admirable career with the Gophers. And he should play a small role in 2008-09, but the time is here when the Gophers aren't going to be giving significant minutes to players that are above average in just one area.

Jonathan Williams: The 5th year senior from St. Cloud could be a difference maker for the Golden Gophers. Unlike Abu-Shamala, Williams plays a position that the Gophers will need every serviceable minute they can get. Gone from last season are Spencer Tollackson and Dan Coleman, two big man who had their drawbacks, but also some significant strengths. 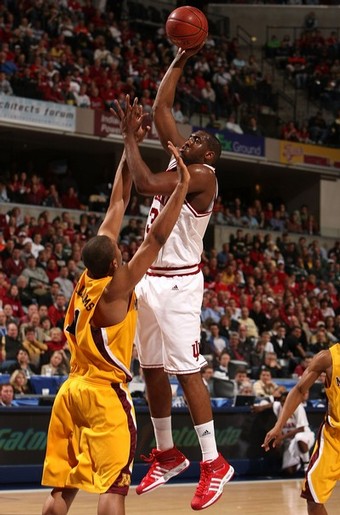 Coleman and Tollackson were replaced by Colton Iverson and Ralph Sampson III. The former is consistently described as someone who is going to play physically and bang under the glass. The latter is often described as a more finesse type interior player. Damian Johnson and Paul Carter, both with the ability to play the 3 or 4, will help insids. But, the Gophers are going to need Williams' girth and ability to bang against the rough and tumble Big Ten big men.

Williams isn't going to blow the competition away offensively, but on the defensive side of the ball, Williams has proven his worth. During the Big Ten Tournament upset of Indiana, Williams filled in for the injured Tollackson and did well to slow DJ White. Simply put, Williams has battled with the Big Ten's best and done well enough to merit playing time against conference big men this year.

Like Abu-Shamala, Williams did see his role decrease slightly last year. His minutes were down about two per game. Some expected his minutes to grow last year. And reports started to come out, if memory serves, that Williams was playing uninhibited in practice but less so come gametime.

If another year of competition loosens up Williams offensively, he could be a big difference maker for this group of Gophers. As it is, I wouldn't be surprised to see him start early on, if for nothing else than to take some pressure off of the freshman. If things are going well for the Gophers, Williams will play significant minutes all season. If/when GN and I do a "My Guys" section for the upcoming season, Williams is going to be my pick. I don't think he'll dominate, but I think he can take strides and be serviceable offensively and improve be above-average defending in the paint.

And the Gophers will need every minute Williams can provide.