We know all about Tubby Smith's 2008 and 2009 classes, but what I'm going to try and do in this column (when it's not football-centric) is keep you abreast of recruiting happenings in Dinkytown and across the Big Ten.

Over the next few weeks I want to concentrate on the 2008 classes that will be on display during Big Ten play this year. I'm going to start today featuring Ohio State and Michigan State, the two program's that various recruiting experts suggested had better 2008 classes than Tubby Smith's Gophers. 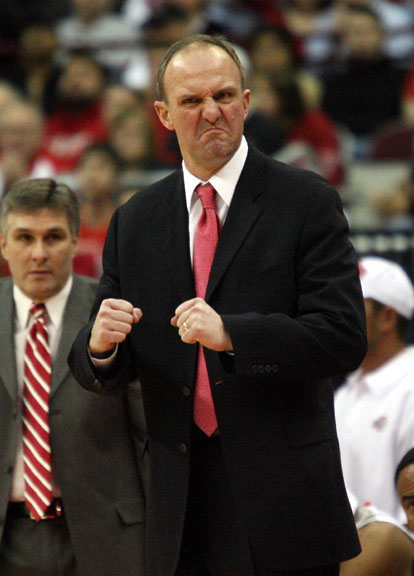 Leading the class is Rivals 5-star shooting guard, and Ohio product William Buford, who is widely considered among the top shooting guards in the country. Expect Buford, who is considered a superior perimeter player and high IQ guy, to contribute immediately. He'll work nicely with fellow 5-star newcomer and Ohio product B.J. Mullens. At 7'1, 265, Mullens was Rivals' #1 player in the Class of 2008 and projects as a potential one-and-done type. And he's not likely to be a Kosta Koufos type. Mullens apparently has all the ingredients. Here's Jerry Meyer.

"Size, athleticism and skill are the big three that separate Mullens from the rest of this class," Meyer said. "It just isn't very often that you find a 7-foot-plus center who can run, jump and shoot like Mullens."

Now, this class also includes OSU quarterback Terelle Pryor, a Rivals 4-star small forward who has at least toyed with the idea of playing basketball. My guess would be Jim Tressel would frown on such an activity, but his addition would only bolster an already loaded Buckeye class of 2008. Whether Pryor plays or not, this is one hefty class Matta has put together. 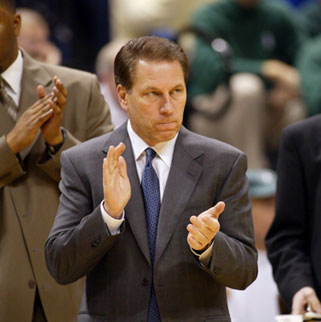 Michigan State class of '08: Ranked right near Minnesota in many breakdowns, Tom Izzo's class is highlighted by 5-star power forwrad Delvin Roe. An Ohio product that left Thad Matta land, and heavily considered North Carolina, Roe is 6'7, 215 pounds. Roe should have an immediate impact, but as Andy Katz noted, the freshman had knee surgery in August and Izzo said he might be 80 percent come December. Knee injury aside, Izzo seems excited.

"You don't take nine months off and be the same player," Izzo said. "But he would rank right up there for anybody I've had that has come back quickly. He has the brains and the athleticism. He didn't look like a fish out of water on that first day."

Roe could make a dangerous counterpart to Minnesota-killer Raymar Morgan and big man Goran Suton. Gone from the Spartans mix, however, is verteran Drew Neitzel. The Spartans phased in Kalin Lucas some last year, but will also have 4-star point guad Korie Lucious in the mix. A Wisconsin product, Lucious is described by Izzo as a guard "that can do more than one thing." More Izzo:

"Even though he's only 5-10 in stature, he's one of the quickest ball-handling guards. And I think sometime in the future we can play him and Kalin Lucas at the same time, giving us an extremely quick backcourt. Korie is a guy who can really shot the ball."

Rounding out Izzo's 2008 class is Draymond Green, a name Minnesota fans should be familiar with. A 6'7 power forward from Saginaw, Michigan, Green flirted with becoming a Golden Gopher before deciding to stay closer to home in East Lansing. A Rivals 3-star player that ESPN ranks as its 13th best power forward in the country, Green is described as a versatile 3/4 that can take smaller defenders under the basket and slower defenders out on the perimeter. Expect Green to be a bench player to begin his career, fighting for playing time with Roe and Morgan, among others.