The Hate Bowl was fun to do, albeit off the usual course of TDG content.  But now it is back to your regularly scheduled programming. 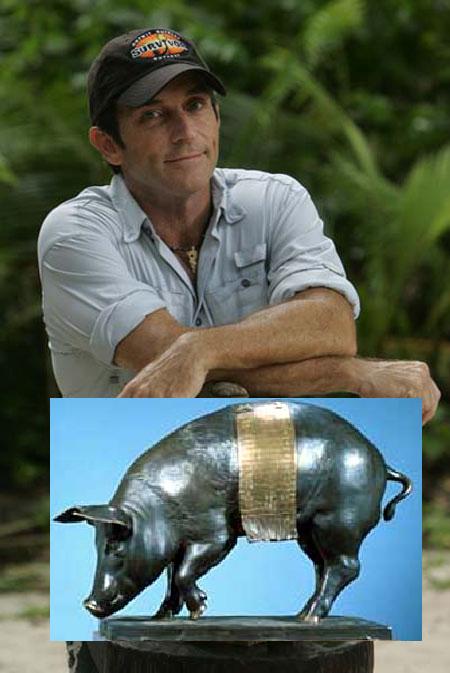 Floyd of Rosedale is back up for grabs.

This will likely be a very quick preview as for me it comes down to two things...

When Iowa has the ball...

Stop Shonn Greene.  Iowa is very similar to Wisconsin statistically on offense and defense.  Both are very good at running the ball, but the huge difference is that the Wisconsin rushing attack was very north/south.  The middle of our defense did a great job of slowing down their bruising rushing style.

But Shonn Greene is a very different story.  Greene, the Big Ten's leading rusher, will cut b

ack on this defense and find open holes on the backside if our linebackers and safeties do not remain disciplined and stay home.   When Iowa has the ball this is the biggest thing to watch for.

Specifically keep an eye on Steve Davis and Deon Hightower.  These guys have a history of overpursuing plays, biting on misdirection and abandoning their run gaps.  When the runningback then cuts back the holes are mack truck sized and we give up massive yardage.

Iowa quarterback Ricky Stanzi took over the starting job shortly before the midpoint of the season.  His numbers are not oustanding but all he has to do it not throw interceptions and hand off to Greene (not in that order).  The Sophomore has seven interceptions on the season and is averaging just 141 yards per game.  Even more than Wisconsin I think we can sell out on the run and force them to pass.  On the year th

e Hawkeyes have 24 touchdowns on the ground and just 12 through the air.

We aren't going to be the first team to say, "make Stanzi beat you" so it is obviously easier said than done.  We aren't going to hold Greene to 75 yards so expect yards from him, but we absolutely have to make him work for it.  He cannot get 6 or 7 yard runs on first down because of undisciplined play by our linebackers.  Stay at home, shed blocks, make the tackle!

When Minnesota has the ball...

Iowa's defense is good, but getting pressure on the QB is not their greatest strength.  We will not be able to run the ball, but they are last in the Big Ten in sacks which indicates to me that we might be able to give Weber enough time to find Decker, Green, Simmons, Smith or Kuznia.  This will be a the best we have moved the ball through the air since Northwestern.

GN - My middle name is Floyd, Gopher Floyd Nation to be exact, and I think that will be more than enough to overcome the Gopher Nation pressbox curse.  We move the ball through the air, slow down Greene just enough and pull out the tight win.

PJS - is a firm believer in the GopherNation (TDG) curse. He says that if I am in attendance we lose 34-35 on a late touchdown + two point conversion by the Hawkeyes.  I am get sick and do not make it to the game we win.