Q&A with Maize and Brew

Share All sharing options for: Q&A with Maize and Brew

little Michigan prep has to include a Q&A with a Michigan blogger who easily is one of the top 10 Michigan bloggers out there.  Despite a miserable season for his favorite team, Dave from Maize & Brew was kind enough to answer a few of my questions...

1.  First of all I just want to say, I know what you are going through, and if you ever need a shoulder to cry on I'm here for you.  What kind of effect has this had on the Wolverine fan base?  Are people taking it in stride thinking a big step back must be taken in order to take a giant leap forward?  Or are people just pissed and showing early skepticism about Coach Rodriguez?

Crying only? No cuddling too? In all fairness, this is kinda new to me so I'll just keep to my regimen of denial and whiskey.  As for the fan base, people for the most part are taking it in stride. The pitchforks were being polished after the Toledo game, but since then we've kinda come to the realization that this team really isn't that good. In fact, well, they kinda suck.   Photo on right: Michigan Football Team Photo 2008 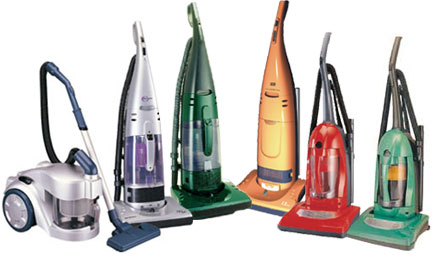 The real problem has been the defense's maddening inconsistency. Most of these guys were fairly high recruits. instead they're playing like one stars in the Sun Belt. Tackling's poor. Fundamentals are weak. People are accepting of an offense returning two starters sucking. People are not as forgiving when a defense that returned seven blows.

2.  The Gopher running attack is very weak but it has been a major point of emphasis this week.  What kind of chances do they have against the Michigan front?

Hell if I know. Purdue sucks and they ran all over us.  If Michigan goes back to a four man front then I think the Gophers will have limited success running the ball. If Michigan re-uses the 3-3-5 alignment you'll run wild. Varsity Blue did a great piece on the affect of personnel on schemes, particularly Michigan's. I disagree with the personnel analysis. For the most part, save safety and two linebackers, Michigan's pretty capable. The half-ass-zone shafer's been calling has bar-b-qued us. Short answer, 3 on the line and you'll have a field day. 4? Not so much.

3.  The season has been a disaster in Ann Arbor, but what kind of effect would it have were they to maintain possession of The Little Brown Jug?

Not a lot. It would salvage a little bit of pride and guarantee that we wouldn't have a worse record than Notre Dame during their rebuilding year. So that would be nice. But as much as we like the Jug, and we do, retaining it would only be a brief respite in a rough year.

4.  For Michigan to win what is going to have to go right?  Note: "everything" is not an acceptable answer, I need something specific.

Well, Steven Threet has to play, and play healthy. This will not happen. Steve took a pretty good conk to the head on the final drive of the Purdue game and hasn't been right since. That means the game, but physically and execution limited Nick Sherridan will start. He is not good. I don't mean to pick on the kid because he can likely kick my 31 year-old-beer swilling ass, but he's not a D-1 quarterback.

Answer: No Threet. No win.

I remember a week ago believeing that a backup QB was a good thing for our chances of winning.  This is a little different but I'm not assuming anything.