Even the most optimistic Minnesota fan thought the game was over. With four minutes left, down 10 and the clock-killing Wisconsin Badgers with the ball in the friendly confines of the Kohl Center, the Golden Gophers needed a miracle to pull off a win.

And then it happened. And it didn't even seem to be the result of a fluke. Opportunistic maybe, but not a fluke. The Gophers earned this victory Thursday night.

The comeback started with a couple turnovers via the full-court press. It culminated with an out-of-this-world blocked shot by Paul Carter, a step-back three from Damian Johnson and a leaner from three with 2 seconds left in regulation from Lawrence Westbrook to send the game to overtime. Oh, and this all happened with Al Nolen on the bench after fouling out.

The final result was a 78-74 win over Wisconsin in Madison, a location the Gophers hadn't won at since 1994. And during Bo Ryan's tenure, the Gophers are now just the third team to win in Madison. Seriously. And that's why this is a statement win, even if this isn't the best Badgers team we've seen in recent years. 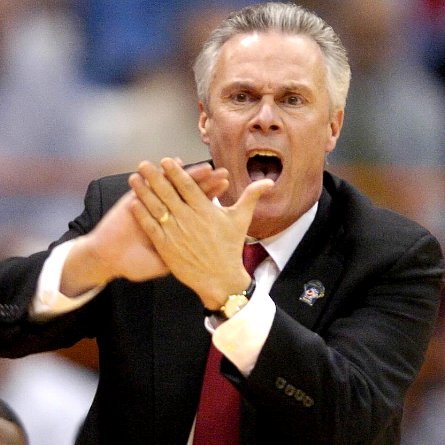 During those final four minutes and the subsequent extra five, the Gophers simply wanted it more. They swarmed on defense. They tipped passes, blocked shots, made incredibly clutch shots and turned Bo Ryan's face a shade of red rarely seen in Madison.

In particular, Westbrook was insane. He finished with a career-high 29 points (nine in overtime), and it was the type of offensive performance that he's always been capable of but rarely produced. He was every bit the go-to man the Gophers need. He hit from outside. He made Jordan-esque hanging, double-clutch, reverse, under-handed layups. OK, that's a stretch. But he was damn good.

And during that final nine minutes, we saw a glimpse of what Tubby's real "starting five is." With Nolen out, Tubby didn't hand the reigns to freshman Devoe Joseph. Instead, cold-shooting Blake Hoffarber played the point guard role. He didn't turn the ball over in that role. He was flanked by wings Westbrook and Devron Bostick, both who were able to penetrate and score. On the inside shutting Wisconsin down and intimdating shots were Carter and Johnson.That group of five won this game with defensive pressure, care of the basketball and incredibly clutch performances.

While that group deserves considerable credit, you can't have a huge comeback without some help from the opposition. Bo Ryan's team went entirely complacent on offense, perhaps thinking the game was over. They threw around un-Badger like passes and on the game committed 18 turnovers. They had opportunities to pound in the proverbial nail in Minnesota's coffin, but were unable.

Other observations to follow, but no matter what you think of this win, it must be said that this Gophers team was given a chance to quit, down big in the second half against a quality opponent. I didn't notice any quit in any of the players on this young team. What I saw was pride, determination, and a pretty damn good basketball team.

Up Next: A trip to Illinois this weekend for a tilt with a Northwestern team that did everything except beat Purdue Thursday night.