Wisconsin Week by the Numbers, Part 3

Share All sharing options for: Wisconsin Week by the Numbers, Part 3

In Part 1 and Part 2 of my Wisconsin week analysis, the offenses and defenses for Minnesota and Wisconsin were compared.  Here's a summary of how both teams fared: 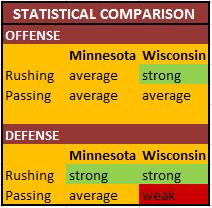 Here's a comparison of points scored for both teams versus the averages for their opponents: 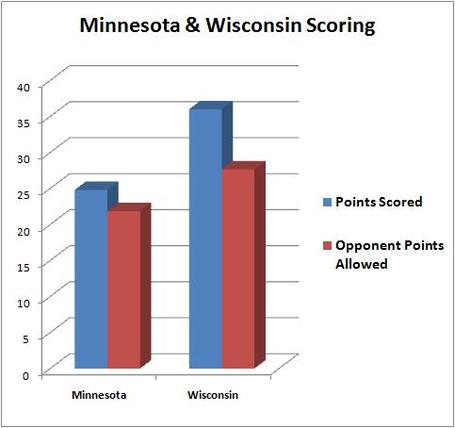 Here's how the defenses compare for average points allowed: 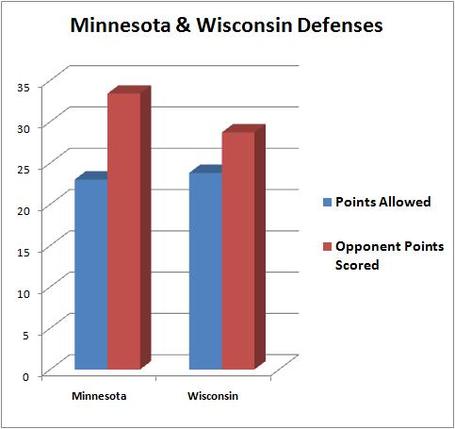 Tying all three of the Wisconsin Week Preview articles together, both teams appear to be nothing less than evenly matched.  I would be surprised if tomorrow's matchup is a lopsided victory for either team.  Prior to the start of the season, I predicted a final score of 20-18 in favor of the Gophers.  This score would be in line with all of the graphs and charts from this series of articles, so I'll stick with it.  Gophers win by 2.