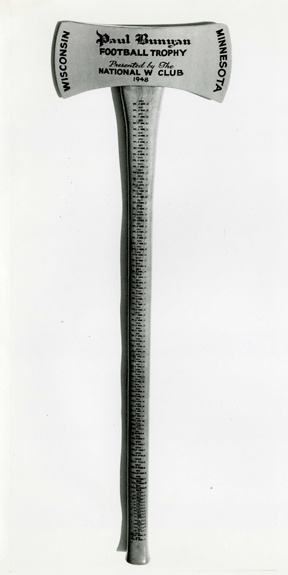 The Axe is back in play (or back up for grabs for you Survivor fans). The Gophers suffered a gut wrenching loss last year in Madison giving up a fourth quarter lead and failing to make a dramatic comeback on their final drive. They get the Badgers in their new home field, for the first time in decades the Gophers will have a home field advantage. Can they turn that into a victory?

Things to watch for...

I can't wait to see the Gophers carry the Axe around TCF, get pictures my friends and share with TDG's community.