Golden Nugz - The Ghosts of Football past

Share All sharing options for: Golden Nugz - The Ghosts of Football past 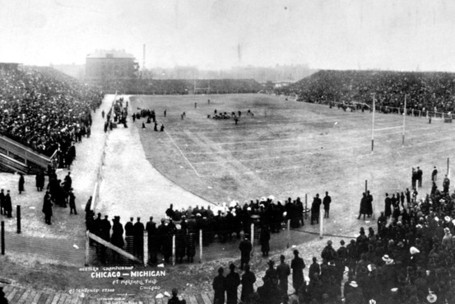 The Wall Street Journal has a cool article about a handful of college football programs that were once nationally recognized powerhouses but have not been able to sustain any success for decades.  Obviously Minnesota is one of these featured schools.  This is a really good article and I urge you to read it!

Coach Tim Brewster, whose team is 4-4, talks often of someday reaching the Rose Bowl, an honor that traditionally goes to the Big Ten champion. But conference rivals Ohio State, Michigan and Penn State all have stadiums with more than double the capacity of TCF's 50,805, and all three more than doubled Minnesota's $24.3 million in football revenues in the 2007-08 fiscal year. "I do think the Ohio States, Michigans and Penn States have an advantage that the other schools don't have," says Mr. Maturi. "But it's also been proven that the other Big Ten schools—quite frankly everyone outside of Minnesota and Indiana—have found a way to do it on occasion."

Tulane, Chicago and SMU are the other former powers that are lumped with the Gophers.  What is striking is that we are the only BCS conference school of the group.  Keep the faith Gopher fans, someday lightning will strike TCF and we will once again become nationally relevant.  Even if for just a year.