Golden Gophers vs. Cyclones in the Insight Bowl - GAME THREAD

Share All sharing options for: Golden Gophers vs. Cyclones in the Insight Bowl - GAME THREAD 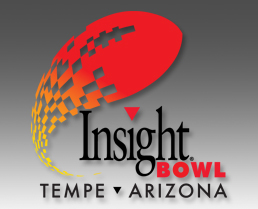 This is a battle of arguably the most feared and destructive college mascot vs. one that is arguably the meekest and is actually prey. Can a Gopher survive a Cyclone? Absolutely, and today they may prove that they can overpower and defeat one.

Slow down RB-Alexander Robinson and contain QB-Austen Arnaud and I think the Iowa State offense grinds to a halt. Robinson is elusive and reads his blocks very well but we've faced better running teams and I like our DL/LB groups in this game.

The Cyclone are down a starting corner and they were already the 9th worst pass defense in the Big 12. Adam Weber has to be on his game. I believe receivers will be open and I believe he'll have more time than he's used to having considering Iowa State has just 14 sacks on the year. Weber is capable of hitting his receivers, he just has to actually do it.

Given a few weeks to prepare and get his offense on the same page, Fisch needs to show he can craft a game plan to win this game. Kent Youngblood talks here about his feeling that Fisch will have his offense ready with a good plan.

I believe offensive coordinator Jedd Fisch will have a scheme in place that everybody knows very well and is comfortable with. I think the receivers and Weber and/or/ MarQueis Gray will be on the same page more often than not.

2009 was an adjustment for Fisch, I'm hopeful he'll have a great plan for tonight and our offense will make great strides in 2010.

Ultimately I think the Gophers are going to win and win big today. I'm just not convinced that Iowa State is all that good. Their schedule was far easier than Minnesota's, statistically they rank in the bottom three of the Big 12 in nearly all significant categories, and I think we just have a better collection of talent. I could be very wrong and I'm underestimating Iowa State, but I just don't see it.

This poll is closed