Wisconsin comes to town, looking to be swept

Share All sharing options for: Wisconsin comes to town, looking to be swept 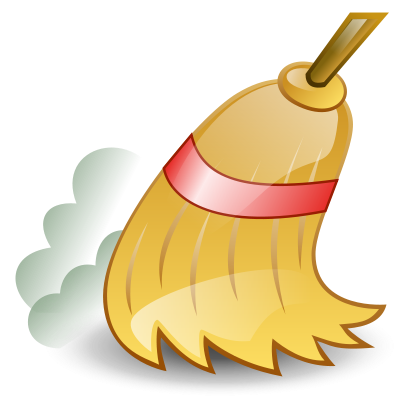 Winning this game would be a win-win-win for the Gophers.  It would be the first time we have swept the Badgers since the 1991-92 season.  It would give us a tie-breaker with the Badgers for final Big Ten standing and seeding for B10 tourney.  And it would go a long way towards getting us back into the NCAA Tournament.

But can we expect the struggling Gophers to pull out this win against the surging Badgers?  Wisconsin has won six of their last seven and appear to be playing basketball that resembles a typcial Bo Ryan basketball team.  On the other hand the Gophers have lost five of seven and their only wins are over Northwestern and Indiana.

If you disect the Badger win you'll find that we had significant perimeter scoring, great perimeter defense and we shot the ball well.  Our guards combined for  63% of our scoring with Westbrook carrying the team down the stretch.  Defensively we held the Badgers to 5/24 shooting from behind the arc and we ourselves shot just over 48% (not great but solid).  We forced their starting five into 15 turnovers largely helped by Al Nolen's five steals.

If you want any reason for optimism it should be noted that we have had nearly a week to prepare for this game and the Badgers got just two days.  While this formula did nothing for us when we traveled to Michigan State it certainly helped in the Louisville win.  So lets hope fresher legs, a week to gameplan and Damian Johnson taking the lead on the floor will equate to our 21st win of the season.

For some pregame fun I did a Q&A with our SBN sister, Bucky's 5th Quarter.  You can see my responses to his questions over there, and below were his answers...

GN -  It wasn't very long ago that Wisconsin was considered a lock for the NIT. What is the reason for the Badger's turnaround?

Well the Badgers obviously weren't playing Bo Ryan basketball during the 6-gam  e losing streak earlier this season, but I also think it had a lot to do with scheduling. Every Big Ten team has gone through rough patches in their schedule this season because the Big Ten is so talented. Now, should the Badgers have lost to Minnesota at home and Iowa on the road? No. But when you mix those losses into a stretch where they played Purdue twice and Illinois and Northwestern on the road, it's easy to see why things got out of hand so quickly. They are playing better now, but getting the tough games out of the schedule early is a big reason why Wisconsin is 6-1 in its last 7 games.

GN - Trevon Hughes shot 3/11 and was forced into 6 turnovers when he was harrased by Al Nolen in Madison. Does this matchup concern you or is there reason to believe history will not repeat itself.

Any matchup with Trevon Hughes concerns me, especially when he has a good defender on him. I'm not sure we will ever understand Hughes. He plays like he's in the NBA because he's got a position, he knows what he's supposed to do, but then for whatever reason he tries to do OTHER things for no particular reason. It actually worries me that he scored 19 points against Michigan because I'm afraid he's going to come out tonight trying to be the superstar when this is THE GAME where Wisconsin just needs him to be a solid point guard that manages the game, looks to pass the ball and plays great defense.

GN - I want some stat predictions from you. Hughes, Landry and Leuer what will they do and be accurate?

Actually, the key player is usually Jason Bohannon. When he gets hot, the Badgers are tough to beat. The problem is, for being such a deadly 3-pt shooter, Bohannon can be very streaky. Right now, he's in somewhat of a slump. If he can break out of it tonight, the Gophers could be in trouble.

GN - If Bucky and Goldy were to mate what would it look like and what team would this offspring root for?

Well it would obviously be Gucky the Bopher. And it would probably be a pretty deadly animal if it had the quickness of a gopher and the instincts of a badger. Gucky would root for UW-Eau Claire just to be neutral.

First of all UW-Eau Claire are the Bluegolds and nobody would root for a team called a Bluegold.

Secondly, I totally agree that Bohannon is a huge key for tonight.  The way we have defended the three lately he could make 13 threes tonight, in the first half.  We better figure something out or he may kill us.