You gotta hand it to Tim Brewster for his communications skills! Not long after having access (clearly he's doing this himself and there's not a ghost writer), Brewster is getting massive attention, as first noted by 11W, for one singular (though now deleted) tweet.

From Black Heart Gold Pants we have a screenshot of the offending tweet. Brilliant stroke from Brewster and the communications staff. Can anyone really believe they allow this guy to communicate with the world at the push of a button?

Perhaps because a college coach shouldn't stoop to using twitter to attack the weight of a columnist  (this is what bloggers do) or because he used 'your' when he should have used 'you're,' the offending tweet was quickly taken down. Patrick Reusse has now responded. via CJ at the STrib

And I have an image that I encourage Brewster to post on his office wall before making any future ill-advised tweets. And to the UofM Communications staff .... is there anyway that one of you could think about operating Twitter for Brewster? 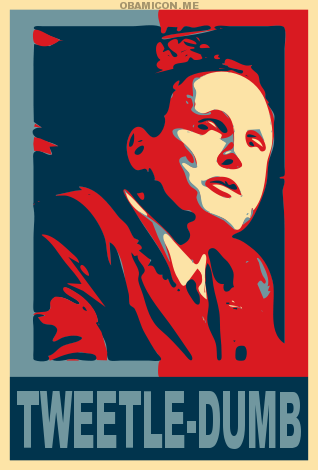