Share All sharing options for: Can the 2009 recruiting class make an impact on the 2009 season? 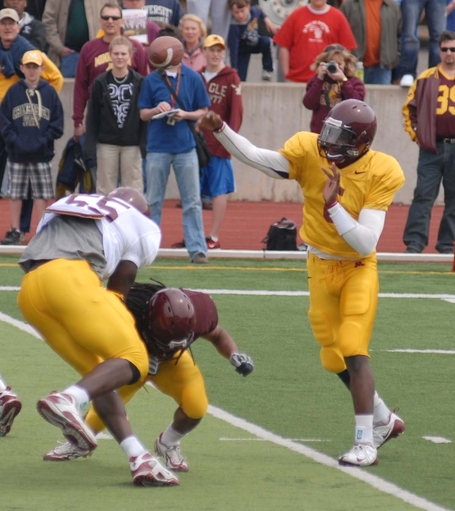 It seems like basketball season flew by in a matter of days and it has been a while since we have talked about football recruiting. We are in the early days of what is essentially Brewster's third recruiting class (his first really doesn't count considering he had less than a month to have any real impact) and there have been some very interesting developments already. We'll get to the 2010 class another time but lets look back at the 2008 class's impact on the team and see what we can expect in 2009.

The 2008 class was the surprise class of NCAA football and very likely the best recruiting class the U of Minn has ever seen. This is all well and good but it has not yet given us the early returns we were hoping to see. Marques Gray (pictured above) and Spencer Reeves were two of the more heralded recruits but their arrival on campus was delayed for academic reason. Spencer Cooper redshirted, Kevin Whaley was shot in the leg prior to arrival and redshirted, Sam Maresh (pictured below) had open heart surgery and Vincent Hill never made it to campus.

Troy Stoudermire and Brandon Green found ways to contribute as the season wore on. But the real gold was found in the JUCO recruits. Traye Simmons, Tramain Brock and Simoni Lawrence all contributed greatly to the improved defense. All in all there were only a few who contributed but I'm anticipating much bigger things from this class in the 2009 season.

Coming into a major program as a true freshman is NOT an easy feat, especially in a physically demanding sport like football. But having a year to learn the systems, understand the coaches and a year in a D1 strength & conditioning program should have these kids poised to have an impact on the team right away in September. Reeves, Cooper, Maresh, Stoudermire, Jewhan Edwards, Brandon Kirksey and Tim Dandridge should all be valuable members of the defense right away. Most will be relied upon for depth and speed when needed, but we will see more talent in that second group than we have seen in a number of years.

On the offense Gray is expected t 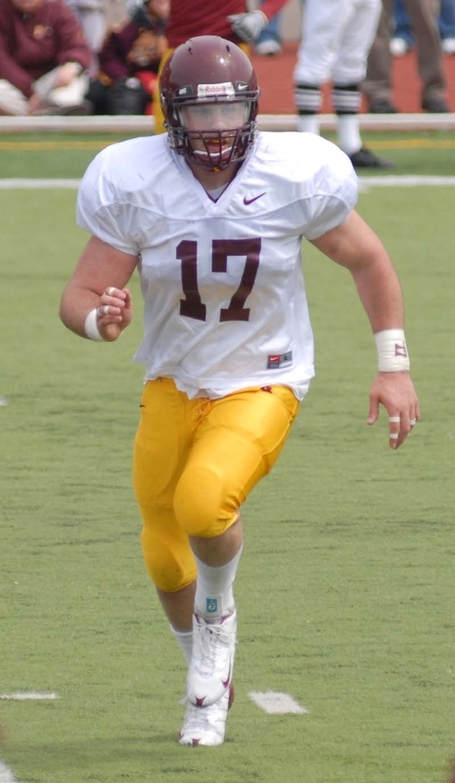 o have an impact and then the host of receivers should be held to higher expectations (Green, Smith, Brandon, McKnight, Pittman). As usual these things will play out regardless of you or I think, but expecting freshmen to contribute is on thing...expecting sophomores to take some ownership in the team's success is another.

After talking about the lack of impact the 2008 class had, can we expect anything from the 2009 class? This class is not as sexy as the 2008 class and I'm not sure there are more than a couple guys who will have an immediate impact. The two JUCO recruits should have the biggest impact. Jeff Wills looks to be a starter on the OL, which was arguably our the worst position group of 2008. Hayo Carpenter is the one guy I'm really hoping can make our offense better. His missing spring practices is not going to help anything but he has the physical tools to be a weapon opposite Decker.

After Hayo, I think we could see some contributions from Hasan Lipscomb at a running back position that is WIDE open. Ra'shede Hageman is physically big enough to handle the Big Ten so he should be in the mix at TE in 2009. There is a chance we will see Michael Carter contributing heavily as a reserve DB, but I'm anticipating his major contribution will come next year after we lose our starting corners. After those guys I think we may see some special teams or nickel help from speed guys but it will be a pleasant surprise if anyone else steps up to really impact the season.

As I said before this class is not very sexy but I really like how it compliments the 2008 class. There are a number or talented players and most importantly they are at positions we didn't heavily recruit in 2008. Michael Carter should be a big time DB eventually, we brought in four big o-linemen who will probably all redshirt and be major players in a year or two, we added speed along the defenive line with guys like Garin and Gregory-McGhee, and Moses Alipate has all of the tools to be a very good QB. Where he fits into the QB depth chart with Gray the likely replacement for Weber will be interesting but lets not rule out Moses before he gets a chance to compete.

There are a ton of names listed above and in the game of college football you will see guys change positions as the coaching staff tries to put guys in the best position for them to succeed (Marcus Sherels for example). Grading these classes is like grading and NFL draft class on the following Monday morning. It is pointless but there is no doubt we have upgraded in talent, speed and athleticism. The coaching staff has proven they could get them on campus and in uniform. It is now up to them to get some results.

Below is a poll on which 2009 freshman wil lhave the biggest impact, but I am also curious what you think about the 2008 class and it's impact on this season. In the comments below tell me which SO or rFR will most impact the 2009 season and why.