This is going to be one of our pre-season features this summer, a great idea which I totally stole from Building the Dam (a very good Oregon St blog). With the recent confirmation that Tramaine Brock will not be returning to the Gopher secondary I'm going to do a quick comparison of Brock and his likely replacement at free safety, Kim Royston. 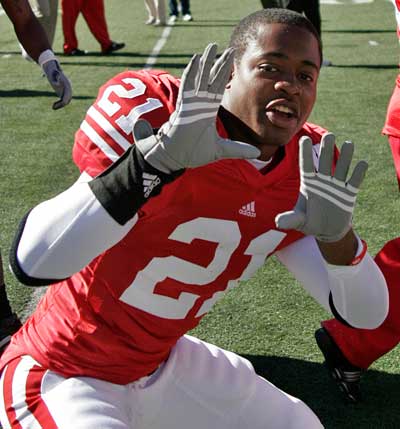 It was a little bit surprising that Brock only had 1 interception, but there is absolutely no denying that he added speed, athleticism and gave us someone capable of defending the pass at the free safety position. And he was third on the team in tackles to boot. Unfortunately his lack of academic progress is preventing him from his senior season.

Enter Kim Royston who decided not to join the Gophers out of high school, went to Wisconsin and then decided to transfer back to his home state and play for the Gophers after his sophomore season. At the time of the transfer we were all pretty excited to at the very least have some depth at safety and three Big Ten caliber players back there. As it turns out this transfer is incredibly huge, imagine our secondary situation were Royston still in Madison. There are a couple of different scenarios to consider when trying to compare if this is an upgrade or a slight downgrade.

When viewed straight up I think our starting safeties will give us about the same production as we got a year ago. If I had to vote I'd call this a slight downgrade but not by much. Brock and Simmons were the two biggest catalysts to improving the defense last year and I fell in love with both very early. But Brock is not irreplaceable and Royston should be at least in the upper half of Big Ten safeties.

But this is an upgrade/downgrade post so you get to voice your opinion as well. But I'm not going to make this one easy...