Share All sharing options for: The Seantrel Henderson Sweepstakes 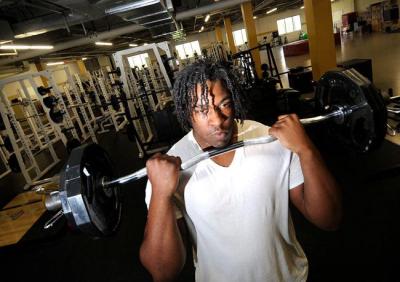 It isn't very often you get the consensus #1 recruit in the country playing in your home state.  So let this be the first of regular installments giving you the latest on the recruiting circus surrounding Seantrel Henderson.  Below is a map with the schools most often associated with the Seantrel Sweepstakes.  As Henderson schedules his unofficial and official visits I will update with dates and links.  I will also add and/or drop schools as I get relevant information requiring me to do so.

Here are some very important things to know about the nation's number one college football recruit...

If you have any tips or links or suggestions please e-mail me (dailygpher @ gmail.com)

The map is interactive, click on the helmets to get any relevant links and/or visit dates (when available)

A top 10 has not been officially announced will keep you posted with any new developments.

I sincerely believe the Gopher's chances of landing Henderson come down to winning in 2009.  I think he likes the idea of staying close to family, I think he likes the coaching staff in Minnesota, but I also think he wants to win.  If you can choose a school that you firmly believe has a chance to play for a national championship in your career, why wouldn't you do that?  I think THAT is the biggest hurdle the Gophers have.

The Gophers have some things going for them.  They were quick to offer J.D. Pride and have been all over Seantrel from day one.  His future, Gopher offensive-line coach's son is attending school with Seantrel.  He has had ample opportunity to get to know the current roster of Gophers, developing those relationships is a good thing.  He can be a program changer and local hero should he chose to stay home.  The Gophers have MarQueis Gray under center for Seantrel's career giving him a talented QB to block for.  And if he wants to play basketball we have Tubby Smith as an ace up our sleeve.

But like I said it really comes down to winning for the Gophers.  If we can rack up some wins and show that this program can take another step forward then we have a chance.  If we falter to another 7-5 or worse record then I think Henderson takes his skills elsewhere.