I know we are solidly into 2010 and most of the all-decade lists should be behind us now, but I'm finally ready to publish TDG's Gopher Football All-Decade team. This was a big exercise and I decided to elicit some help from other locals who cover Gopher football in some way, shape or form.

The decade was actually far more successful than you may have thought. The 2000s was the winningest decade the Gopher football team has had since the 1960s. A slightly above .500 record of 62-61 drives home the level of mediocrity and averageness we achieved in the last 10 years. But on the bright side it is an improvement.

This is not going to be a commentary on the decade's coaches or anything along those lines. Maybe this program is moving in the right direction or maybe we had a few good seasons to make it look better than the 80s or 90s. The highlight of the decade was easily the 2003 season where the Gophers finished 10-3 and were a 4th quarter away from beating Michigan, eventual Big Ten champions, and possibly going to the Rose Bowl. But it was not meant to be and following that dis-heartening loss it was a downhill slide till a rebound in 2008.

But this is less about the teams and more about the individuals. The list of contributors is below followed by the consensus Gopher Football All-Decade team. 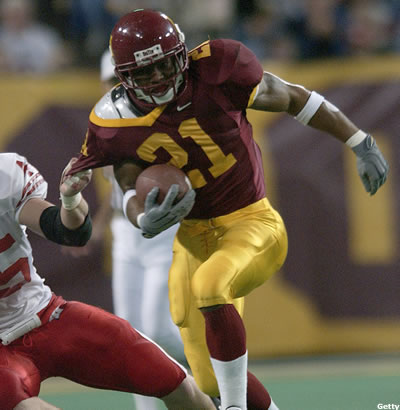 * indicates player was a unanimous selectio 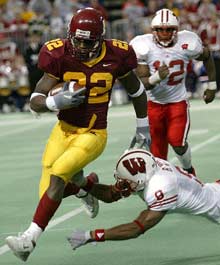 Honorable Mention - anyone receiving more than one vote 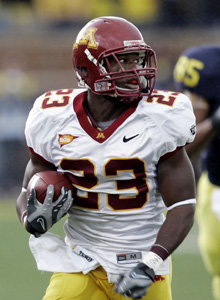 Comments on the team...

For the most part the offense was pretty easy. RB and WR were unanimous. Setterstrom and Eslinger were unanimous along the OL. Rian Melander, Matt Spaeth and Abdul-Khaliq won their position with relative ease. So the remaining two spots were the tough ones to figure out. I was a bit surprised to see Asad Abdul-Khaliq run away with the QB votes like he did. Cupito and Weber have both put up better overall numbers than AAK, but the win total is what must have swayed the voters. All in all the offense was much easier than the defense.

With Glen Mason trotting out some really mediocre defenses this unit was much more difficult to asses. Some players were easy. Willie VanDeSteeg was a unanimous selection and he put up some very good numbers. Eli Ward was another easy one, at lest for me, as he was the team's defensive MVP for two years in this decade. The only player to achieve this honor. Linebackers seemed to be the most difficult to select and many of the contributors acknowledged that the current linebacking corp is probably the best we have seen over the last decade.

Not everyone voted here so this isn't the most exact science. There were basically 2 worthy choices at both K and P. Rhys Lloyd did not have the numbers Dan Nystrom had. But apparently his enthusiasm while grabbing the Axe back in 2003 and maybe the extra credit for a game-winner over Oregon in the Sun Bowl gave him the nod over Nystrom. As far as punters Preston Gruening and his 44.5 average in 2000 was more impressive than Justin Kucek's career numbers. I for one couldn't vote for Kucek after the Wisconsin debacle in 2005.

There you have it.