Technology and it's negative impacts on sports

Share All sharing options for: Technology and it's negative impacts on sports 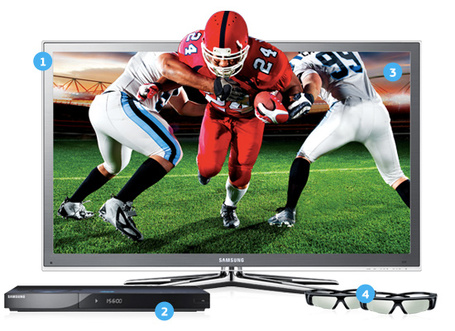 The final post on technology and how it impacts you as a sports fan. I have found it rather interesting in the past few months to learn how technology is actually negatively affecting the ticket sales, particularly in the NFL where this is the third consecutive season of declining ticket sales.

Currently the NFL is facing a problem of declining ticket sales across the league. Their TV ratings are incredible and there is no loss of interest in their product. Part of the problem is the stagnant economy that sees a far too large % of people unemployed. And those who are employed are much more discriminate with their disposable income. The increased cost of an NFL ticket and parking and concessions makes a Sunday afternoon trip to the stadium an expensive affair.

Add to that the fact that large, flat screen TVs have come down in price over the last several years while drastically improving quality. Now most people are able to afford a big, HD TV to watch their favorite NFL team. I can purchase a brand new Samsung HD TV and beer for a month for the cost of attending two or three Vikings games. Then I don’t have to hassle with traffic, parking and people. I can then sit on my couch, watch the game and then take a nap when it’s over without the hassle of traffic and crowds.

College football isn’t facing this same issue (that I’m aware of) and I would argue that is largely because attending a college football game is an event, not just a game. There are campuses all over the country and each has their own unique set of traditions and tailgating that make their event an affair that becomes worth the price you pay.

With the advent of 3D TV this may become an even bigger issue for the NFL. If the living room experience continues to improve while the stadium experience remains the same this may not go away for the NFL even when the economy turns around.

What do you think the NFL can do to improve their stadium experience?

What do you all think of 3D TV and how it will improve your sports viewing?