Time to Take Inventory of the Cupboard

Share All sharing options for: Time to Take Inventory of the Cupboard 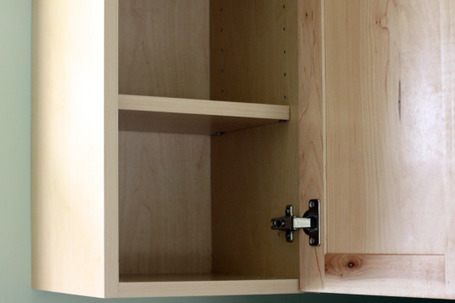 The question when changing coaching staff is always, how much talent is there in the cupboard? Is there enough talent on the current roster to win now with some proper coaching? Or is the cupboard bare and the new regime going to be best served by going with a youth movement and building for the future? It is time to taken an inventory.

Tim Brewster came in and told us there was talent enough to win the Big Ten but then en route to an 11 loss season reminded us that the talent level needs to be significantly upgraded. The latter was true, the former was classic Bee Ess. Brewster was hired because of his salesmanship and his ability to recruit. Many believe that the talent level is improved so can the next coaching staff win quickly with the talent on the roster?

I think the fairest exercise to evaluate this question is to take a look at Brewster's initial roster in 2007 and compare it to what we expect to be the 2011 lineup for the incoming staff. This requires a bit of guesswork and comparing players four years apart isn't always fair. We know what actually happened in 2007 and how each player on that roster fared, we are then trying to compare that to the current versions of what will be the 2011 roster.

The 2007 roster was pretty easy to come up with, I simply looked back at depth charts for a handful of the games on the schedule. 2011 is mostly pretty easy, some questions remain along the OL and the secondary but the rest is pretty well set. Below is the roster comparison.

Quarterbacks - This is an easy one. I'll take MarQueise Gray over redshirt freshman Adam Weber any day of the week, and I might be the biggest Adam Weber supporter who does not share his last name. Gray may struggle as a quarterback and for those of you who thought Weber was inaccurate brace yourself for a 50% completion rate. But he is a great athlete, he'll make a lot of plays. And really is it even fair to compare a junior who has played an awful lot of snaps to a redshirt freshman? In this case the talent is upgraded at the starter position.

Running Backs - Another easy one. Pinnix was solid but I'll take the senior tandem Bennett and Eskridge hands down. Donnell Kirkwood will be our third back, I'll take him over Jay Thomas.

Wide Receivers - The starters are easily stronger in the 2007 group. Statistically Decker and Wheelright are two of the best receivers we've seen in a Gopher uniform. I love Da'Jon McKnight, but he isn't Eric Decker yet. If Gray were in this receiver group then things might start to look a little bit different, but he'll likely be the quarterback. I do like the depth of the 2011 receivers a little, I'd take Brandon Green over Ralph Spry any day of the week.

Tight Ends - This will go to 2011 as well. I know that Simmons had a very nice Gopher career, but his 2007 season was nothing special. Eric Lair really became an offensive weapon this past year and depending on what offense we are running he may become one of the better tight ends in the Big Ten. His 39 catches and 526 yards bests even Simmons' numbers during his senior year (2008).

Offensive Line - You may or may not remember this but the 2007 OL led the Big Ten in sacks allowed with just 13. Some of that was due to Weber scrambling early and often but that is still an impressive number. I like our group of young linemen and we have a corp of seniors who are likely to be playing a lot. They may be talented but the OL Brewster inherited (at least for his first year) was pretty solid.

Defensive Line - I find this one to be a tough call. On the one hand it is hard to pick against a line that included Willie VanDeSteeg. On the other hand that defense was terrible. The 2011 tackle tandem of Kirksy and Edwards is much better than the younger versions of Small and Brown. There is a stable of young ends that at least a few months ago we thought was rather promising. I still am intrigued by Hageman, Garin, Wilhite and Gregory-McGee; though I'm not as confident as I once was. Overall I still like our 2011 defensive line more than the 2007 line, even with VanDeSteeg.

Linebackers - This one isn't even close. I thought the 2007 linebackers were the hardest unit to watch, those guys accumulated most of the team's tackles but they were undisciplined and often out of position. Gary Tinsley was a nice surprise this year, Mike Rallis made plays when he was healthy and Keanon Cooper was solid as well. Add to that Brandon Beal, the Florida transfer, and this unit is going to be alright next year. Are they going to be first team all conference? Doubtful but they, along with our D Tackles, will be the strength of the defense.

Cornerbacks - To be honest I don't really care for either of these units. Troy Stoudermire seemed to be a quick learner and we have some young guys who were able to learn on the job. I entered Brock Vereen as the other starting corner next year. It could be Michael Carter, if he gets things figured out. Jamal Harris was OK in 2007 but let's not remember Ryan Collado as a freshman. Based on depth I'm giving this one to 2011, but not by much.

Safeties - Dom Barber brings this one home for the 2007 roster. Kyle Theret as a true freshman was nothing to write home about but Dom Barber was a great safety. Christyn Lewis was brutal as a safety in my opinion but James Manuel might be alright with the right coaching.

As it turns out I think we are better equipped to move forward at QB, RB, TE, DL, LB, CB. The 2007 depth chart comes out ahead at OL, WR and S. Let us hope that the 2011 defense isn't anywhere near as bad as the 2007 one. And offensively I like our skill position players a lot. This team has some talent and should be better next year considering they didn't lose a whole lot to graduation (QB, OL and Hayo are the huge exceptions).

Ultimately I do not think this cupboard is bare. I like our potential starters for 2011 and we have a number of young guys who, with the right coach, can hopefully grow into productive Big Ten players. Guys like Jimmy Gjere, Devon Wright, Mark Lenkiewicz, Lamonte Edwards, Spencer Reeves, Brent Singleton, Matt Garin, Kendall Gregory-McGhee, Kenny Watkins and Tyrone Bouie are all not listed above as starters but should see the field soon.

The cupboard isn't bare, Jeff Horton proved that this team can be competitive and even win with the right coaching. We aren't going to Pasadena next year but I do believe he can win right away and be competitive with