Coach Kill is dominating talk in Gopher Nation (does that still exist? I tend to think so but maybe I'm biased).

Dr. Saturday has a good pictorial overview of the current coaching changes in college football. 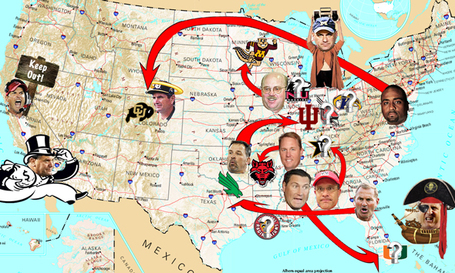 I like Mike Leech on his pirate ship off the coast just looking for a job.

I apologize that some of these may be a day or two old but they are still good and if you missed them then you'll thank me for including them.