Share All sharing options for: Bubble-ology or How I learned to stop worrying and love the NCAA Tournament Selection Committee 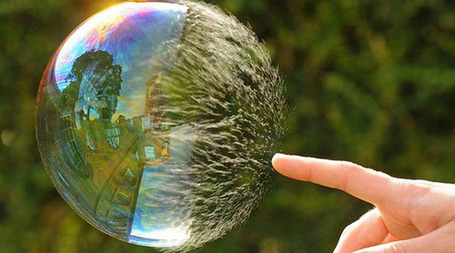 Time to start looking at the NCAA Bubble and the Gopher's chances. First of all we have to get ourselves back on the bubble before we can even begin to think about getting a tournament berth.

There are about a bazillion different bracket projections out there. All have the teams they think are locks, barely clinging to life in the Tourney, the first several "out" and teams not under consideration. I can't possibly look at all of them so I'll be using three primary sources. SBN's weekly Bracketology, Joe Lunardi's Bracketology and then the Bracket Project's matrix of the other brazillion predictions.

UPDATE: If you are looking for more BUBBLE TEAM breakdowns, I strongly urge you to check out Blogging the Bracket's bubble watch.

I don't want to scare you all too much but there is a LONG list of teams that are either barely in or on the bubble. This is probably not even a complete list but it is a list of teams the Gophers have to surpass to get themselves into the Big Dance. (note: these are the teams Lunardi has under consideration when he lists his % chance of getting into the Tourney)

The Big East is the most interesting conference to watch right now. There are six teams that are virtual locks and then there are another five or six teams scrambling for as many at-large bids the NCAA will allow them. WVU, Syarcuse, Vilanova, Louisville, Pitt and Georgetown are locks. Right on their heels is Marquette who has a good shot at getting in. And then you have five teams with a 6-8 conference record all with varying strengths and weaknesses to their resume (UConn, Cincy, Notre Dame, South Florida and even Seton Hall).

The SEC also has a handful of schools fighting to get in. Florida's resume is fairly strong right now but the Mississippi schools are in a dog fight to get themselves in. Of course a big loss for Florida would be nice for Minnesota's sake.

The Pac-10 is incredibly weak this year which means Arizona State and Washington should have plenty of opportunities for W's as they close out the season. ASU has a couple tough games left @ Cal and hosting USC. Washington has three games left, all on the road but all against the bottom of the conference.

Then of course you have the mid-majors trying to get as many teams in for their conference as possible. For these teams a loss usually does more damage than say Minnesota losing to Purdue this week would do. Mid-major major upsets are what we are cheering for.

Games that Matter this Week, and what we need to happen.

Right now we are cheering for teams currently on the bubble or barely "in" to lose. Of course the other part of this crucial equation is that we need to win. Beating Purdue on Wednesday would do wonders for our RPI and boost us back up toward the bubble. Since I'm "tracking" so many teams lets just go with the first few days of this week before we move on to the weekend. As stated a number of times, if we lose on Wednesday none of this will matter anymore, if we win then Bubble-Ology coverage will pick up significantly here.