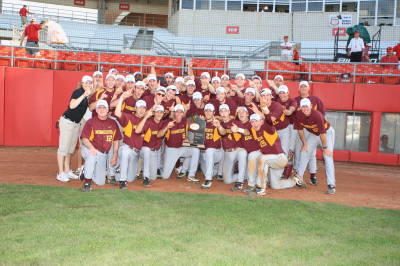 Congratulations to coach John Anderson and the Golden Gopher baseball team for earning the outright Big Ten Championship. The Gophers won the first two games of the Ohio State series while Michigan lost one game to Penn State and Purdue was swept by Iowa.

"I am very proud of this group and everything they accomplished this year," said Minnesota Head Coach John Anderson. "This team battled through some injuries and some tough results early in the year to get to the point where we are. I am so proud of the way that the leaders on team guided it throughout the year, and this title is a testament of what they did and the younger players who did a great job of developing during the course of the year."

But this past weekend is over and the end result is that the Golden Gophers are Big Ten Champs for the 23rd time in their history and will obviously be the #1 seed in their effort to claim their 9th Big Ten Tournament title.