After streaking through the finish line and into first place in the final standings the Gophers fared well in the Big Ten end of season awards. GopherSports.com article on your Gopher award winners can be found HERE.

Coach of the Year - John Anderson 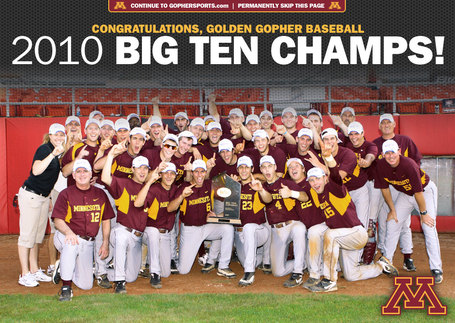 Most impressive is the fact that all three starting pitchers were among the top nine pitchers in the conference.