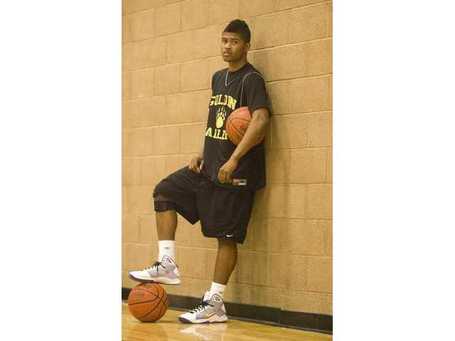 In most years when a team is graduating three seniors, one could reasonably assume that you will have a pretty good idea of what next year's roster will look like. For your Golden Gophers, that just isn't going to hold true this year. Rather than replacing just 3 scholarships the Gopher staff actually has up to 6 available scholarships to reallocate for the 2010-11 season.

Additions to the roster

GopherIllustrated (and subsequently everyone else) reported that Ahanmisi is visiting and if all goes well he will accept a Gopher scholarship. He is a California point guard with a pretty weak offer sheet. UC Santa Barbara and Loyola (IL) are the only other schools who have reportedly offered. Ahanmisi has been pretty far under the radar and currently is not ranked by either Rivals or Scout. He is a 5th year senior who finished his high school career at Golden Valley High School and then played last year at Stone Ridge Prep school in California.

Doing some quick google stalking searching I found this article on Ahanmisi during his senior season (2008-09). It is a good article on his development as a leader basketball player. This quote from Golden Valley head coach, Chris Printz.

"This year, he has evolved into a leader for us," Printz says. "I don’t know what he’s going to do in the future. I know I’m going to enjoy him playing in college. After that, he’s going to be successful in anything he does."

Maverick grew as a scorer as well averaging 12.5, 15.8 and 20.2 during his sophomore, junior and senior seasons respectively. According to the article linked above, during a playoff game in his senior season Ahanmisi scored 41 points on 12/15 shooting. And he missed his first three shots! Finding any information on his prep season at Stone Ridge has proven elusive.

What can we expect from Ahanmisi is a total guess at this point. Rivals lists him as 6-1, Marcus Fuller wrote that he is 6-2, ESPN lists him as 6-5 and Myron referred to him as a combo guard. His ESPN profile had this to say and it about the only scouting report easily accessible.

Ahanmisi plays a very active brand of basketball, remaining in constant motion, which serves to wear out the opposition. He always plays hard and never takes a play off. On the defensive end, he does a good job of playing passing lanes for steals. On offense, he shoots a set shot and will connect from 3-point range, but he needs more consistency. He does not have great bounce, but he covers a ton of ground when he puts the ball on the floor and tries to get to the rim.

Marcus Fuller got some outstanding info on Ahanmisi from his AAU coach...

The elder Gottlieb said he first spoke with Minnesota assistant Ron Jirsa about Ahanmisi a month ago. Smith also talked with him last week. Gottlieb didn't know much about Smith's current point guard situation, but he heard from the Gophers that there would be playing time for Ahanmisi when freshman Justin Cobbs transfers.

"There's no question Maverick will help, whether he comes off the bench at the point or the off guard," Gottlieb said. "If he's forced into the starting role, then he's somebody that can help on the offensive end. He's got great defensive instincts. He picks off a lot of passes. He's very bright and a very quick learner."

Gottlieb added, "He's the best end-of-game scorer that I've had in 45 years of coaching. He's great in the open court and in a half-court offense. He sees the court very well."

That is some high praise from Mr. Gottleib. I would still assume that he is a likely redshirt candidate and then eventually he will be an older upperclassman by two year (prep year + redshirt year).

What really becomes interesting is reading between the lines and doing the scholarship math. Adding another scholarship freshman and specifically a PG means that Cobbs is almost certainly gone. He told Sid that he's staying but everyone else is assuming that he is leaving. Even with all of these additions there is still one scholarship available if Cobbs decides to stay. This would be ideal for the Gophers as our backcourt depth will be seriously thin. Cobbs sticking around allows both Austin Hollins and Maverick Ahanmisi to redshirt and develop.

Assuming Cobbs does in fact transfer the speculation will continue around what is going to happen with Royce White. A scholarship will be available for him. But at this point if Tubby and staff really wanted him back it would be done. White may be a Gopher next year but things will have to change between now and fall semester. Myron had some great insight into the situation...

White has had conversations with Gophers staffers about returning to the team. But one person familiar with the situation told me that the team is not ready to give him another chance because he hasn't gotten away from some of the people they've been concerned about.

But the source also left the door open to a possible return in the future ... seems like that's always the case with White.

"No chance until he stops hanging out with the guys he hangs with," the source said. "All of the extracurricular [stuff]. ... But you never know."

White still represents the different between what should be a good team and a very good team. There are all kinds of question marks surrounding this team but having White on the floor answers a lot of them and gives us a scoring threat we don't currently have.

After adding five incoming freshmen the scholarship breakdown looks like this. I am assuming that Al Nolen returns, Justin Cobbs transfers and Maverick Ahanmisi accepts a scholarship offer. My best guess is that the remaining scholarship goes to Dominique Dawson for a season and is reallocated next year giving us 4 for next year.

2010-11 should be an interesting season. Disregard the incoming class and Royce White. The success or failures of the upcoming season heaving depend on further development of the junior class and Rodney Williams.