Well, Saturday was nearly as ugly as the previous Saturday but I'd like to offer this scientific explanation of the current state of Gopher football. 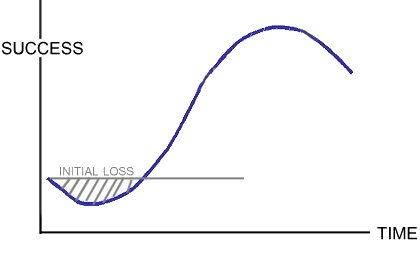 Hopefully our rise to success will resemble this graph, I fear that our graph will be the inverse. Time is the one thing people don't seem to properly allow for. But coach Kill has been here before and he knows how hard this year can be.

"It's frustrating for those kids in there. They go to practice, they work hard to try and get better -- you don't think they're frustrated?" Kill said after the Gophers concluded the first half of the 2011 season with a 1-5 record that actually understates the condition of Minnesota's football program. "I feel bad for them, I really do. I want them to do well. I want so bad to see them make a play right now and have something good happen."