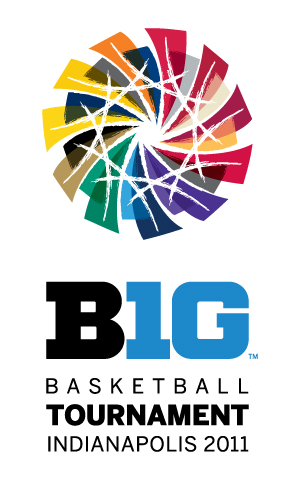 The Big Ten Tournament was a season savior last year. We were on the bubble and we got hot at just the right time to win three games in three days before losing to Ohio State in the championship game. Those three wins included wins over Michigan State and Purdue were enough to earn an at-large bid. So what are our chances of making a similar run to get back into the Big Dance for third consecutive year?

Tubby Smith was asked about that following the Penn State loss on Sunday and he's not very optimistic.

Not very encouraging but incredibly accurate. Regardless of our chances let's take a look at our path to the Big Ten Title game.

We tip off the tournament with Northwestern who is very beatable with or without Al Nolen. We did just face the Wildcats last week so they are familiar. I would usually say this gives neither team an advantage but considering Northwestern has a unique offense and defense this is likely a good thing for the Gophers.

I've been pretty down on Northwestern all year. This team has some talented players and they run their systems well. The problem is they don't play very good defense and I value defense.

They also are pretty bad at rebounding the ball. Opponents typically are able to keep them off the offensive glass limiting their possessions. What Northwestern does well is they score efficiently.

I realize that they just beat the Gophers but let's face it, the Gophers would struggle in the Patriot League right now. Even on the road this was a game that the Gophers very much had control of for most of the game but let it slip away down the stretch. On a neutral court I'm fairly comfortable with this game. Nothing is a gimme given our current roster and recent play, but we've struggled to score and this is maybe the one team we'll face that we can score on.

And boom goes the dynamite. I feel like we'd have a shot against just about anybody else but we do not match-up well with Ohio State. The Buckeyes are athletic at all positions, their defense is very underrated, the rebound well, they shoot well and they can score inside as well as anybody in the conference. With Al Nolen playing (and healthy) we have a chance but without him our only chance is if Ohio State is lackadaisical and unmotivated.

Forgive my pessimism but this team just isn't at the same talent level as Ohio State. Jared Sullinger is a slightly better version of Trevor Mbakwe, Jon Diebler is a taller and more athletic Blake Hoffarber and David Lighty is a more experienced and more talented version of Rodney Williams. This just isn't a good match-up for us and I'm not going to spend a lot of time talking about this game.

Let's assume for the rest of this story that we beat Ohio State and if we are going to beat Ohio State let's also assume Al Nolen is playing. After getting the worst possible match-up of the quarter-finals, we get the most favorable match-up of the semi-final round. We managed to split with Michigan, winning on the road and losing at home with our signature end of game collapse. And we lost at home to Illinois sans Nolen.

With Nolen we have someone who can defend McCamey (at least a little bit) and he would add something to our offense that should allow us to score on either of these defenses. IF we can get by Ohio State, I actually like either of these games. If I had to choose I'd obviously prefer to face Michigan. But beating Illinois would be more of an RPI booster heading into the Big Ten Title game.

We actually fared well against the Boilermakers and the Badgers but I think we'd be better served by an emotionally draining semi-final game between these two followed by the winner overlooking the Gophers and taking practice time to work on using a stepladder without twisting an ankle while cutting down the nets. Obviously we beat Purdue at home back in January and we lost to Wisconsin on the road but had we rebounded the Taylor miss with 29 seconds to go we would have had the ball, down two and a chance to tie/win.

The Wisconsin match-up isn't a terrible one if Nolen is playing. He can guard Taylor and Mbakwe/Sampson can defend Leuer. The rest of our lineup would absolutely have to step up and not give up open threes to Tim Jarmusz and their big men.

The potential Purdue game I like less but we always seem to play inspired ball against Matt Painter's crew and we did absolutely destroy them in the Big Ten Tourney last year when we had no business doing so.

So You're Saying There's a Chance?

No, not really. The likelihood of all of this happening is slim. Upsets happen but lightening doesn't usually strike twice in the same place. I'm as optimistic as they come but even my optimism ends with a quarter-final loss to Ohio State. I would love to beat Northwestern, if only for bragging rights over a buddy. After that I think we are doing a lot more wishing and hoping than we are critically analyzing.

The Big Ten Tourney is a lot of fun and a great round one of March Madness. The real madness will begin in another week (and I don't mean the NIT) but conference tournament time can be just as much fun.