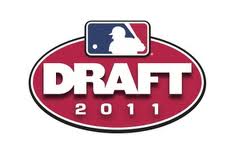 Gopher Baseball had four players drafted over the last couple days. While I'm pleased for the underclassmen drafted below, as a Gopher fan I'd love nothing more than to seem them return for their senior season to be a part of what could be a special Gopher team.

The junior from Mahtomedi, who missed most of his sophomore season due to injury, typically batted lead-off for the Gophers and finished 2nd on the team hitting .307. This is the second year in a row Houston has drafted a Gopher. Last year they selected Michael Kvasnicka with the 33rd overall selection. As a freshman Gominsky earned Collegiate Baseball Magazine's Freshman All-American team. He was looking to be a key contributor as a sophomore before injuring his knee and missing virtually the entire season. Gominsky has a nice 6-4 frame and has very good speed.

O'Shea was the Gophers clean-up hitter this past year and led the Gophers in home runs and RBIs. The junior from Blaine also played quite a few innings at catcher but I'd be surprised if he saw one pitch as a catcher in the majors. With 31 career home runs under his belt, let's all hope that O'Shea turns down the Reds and returns for his senior season as a Golden Gopher. O'Shea was a third team All-Big Ten selection, he could very easily be a first teamer in his senior season and improve his 2012 draft status.

Petterson led the Gophers in hitting and earned 1st team All-Big Ten honors. The junior hit .344 but his bat may not even be his best attribute. Petterson is widely recognized as a great defensive infielder. He has been the Gophers starting SS for three years but could also end up playing 2B on his way to the big leagues. Petterson also led the Gophers in runs scored and tied for the lead in stolen bases. I hope that Petterson also returns to the Gophers but in my opinion this is a very nice late round selection for the Twins and if he heads to the minors I'll enjoy watching him progress through the organization.

Matyas finished his Gopher career with 36 saves which makes him the Big Ten's all-time leader in saves. He will very much be missed by the Gophers next season. Matyas posted a 1.60 ERA on his way to earning 1st team All-Big Ten honors. The North Prairie, Wisconsin native was a 3-time all-state selection in high school.

The draft continues today as it goes 50 rounds deep. I would not be surprised to see LHP-Phil Isaksson (Sr), 3B-Kyle Geason (Jr), 2B-Matt Puhl (Soph) and maybe RHP-T.J. Oakes (Soph) drafted at some point. After we learn the fate of the Gopher draftees I will put together a way too early preview of the 2012 Gopher baseball squad.

Oakes had a very good sophomore season and was the Gopher's ace. I bet he'll be back next year and will be drafted much higher.