Share All sharing options for: Your Gopher Football Recruiting Update

It is the middle of July and we are pretty much at the point where we can focus nearly all of our efforts on the upcoming season. But before we get there let's pause and take a look at the 2012 recruiting class as it stands in mid-July. I'll first discuss the class that has committed so far and then we'll get into recruiting the Minnesota scene for the class of 2012. First the grid of verbal commitments followed by brief analysis on each of them and how they'll fit into the future of Gopher FB.

Remember the Skyline pipeline that brought us Keanon Cooper, Spencer Reeves, Troy Stoudermire and Da'Jon McKnight? Well Jerry Kill is establishing a Miami Central pipeline and this is another very good program to get involved with as they are the defending 6A State Champs (there are 8 classes) and a football factory. Central is in what some believe is one of the toughest district in the country and are in the conversation to repeat as state champs. Go Rockets!

Jordan Hinojosa - DT - 6-3, 270 - FlaVarsity.com ranked Hinojosa as one of the top 15 defensive linemen in the state (122 overall in the state). Hinojosa has very good size and is a solid pass rusher. Last season Hinojosa played for Archbishop Carroll and transferred to Central for his senior season.

Brian Nicholson -ILB - 6-1, 220 - Interesting that Nicholson is another kid who played football for another Miami area high school last season (Coral Park). He will need to get his GPA up to be a surefire qualifier, but he is spending the summer working on that.

Samad Hinds - TE -6-5, 208 - This basketball player did not play football until his junior season and even then he didn't get significant playing time until an injury forced him into action. The raw talent is a big target and has a ton of upside.

Josh Ballesteros - OLB - 6-4, 205 - strong tackler who at 6-4 with good speed has the ability to defend the pass well. He seems very excited to be a Golden Gopher and is ready to compete for playing time immediately. 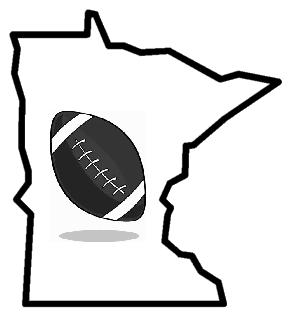 More on this below, but this is a really talented class of recruits coming out of our state. Kill has done a nice job so far landing most of them but there is still work to do.

Andre McDonald - WR - 6-3, 200 - So far McDonald is the prize of the 2012 class, as long as he stays committed. Once Ohio State called with an offer he decided to slow things down and take a look around. That isn't exactly good news for Minnesota but things are not all bad as he appears to still have a good relationship with the Gopher staff. McDonald is a big, strong, TD scoring machine. He will look good in maroon and gold...hopefully.

Nick Rallis - S - 6-0, 205 - The brother of Mike, Nick is rumored to be a commit after finally getting that scholarship offer from the Gopher staff. Rallis is a physical, run-stopping safety.

Isaac Hayes - OG -6-3, 270 - Hayes is an intelligent kid who did not follow in his brother's footsteps to the west coast and play for Stanford. The last couple recruiting classes have brought in some promising, young offensive linemen and Hayes just adds to the growing list.

Philip Nelson - QB - 6-2, 212 - An accurate passing QB who has a strong arm and quick release. His biggest knock may be his lack of ideal height, but his scrambling ability may not only make up for his tallness, it may also make him better suited for the Kill offense.

Mitch Leidner - QB/TE - 6-4, 220 - Threw for over 2,000 yards last year and is the second local QB to commit to the 2012 Gophers. Leidner camped at Minnesota this summer as a tight end and many believe that will eventually be his college position. He'll get an opportunity to play QB at Minnesota but if he doesn't earn the job he'll move to TE if that means helping the team and getting playing time.

Maxx Williams - TE - 6-3, 210 - Speaking of tight end, we get to the one we have verbally locked down. Williams is a second generation Gopher, his father played in the mid-80s.

Isaac Fruechte - WR - 6-3, 210 - Fruechte was a surprise pickup for Gopher fans. The JUCO receiver down in Rochester was quick to commit and will enroll at Minnesota in January and have three years of eligibility to play in the Big Ten.

The Rest of the Verbals

Dinero Moss - CB -5-11, 183 - Moss's ESPN eval says he has a "good blend of size, speed, explosion and toughness." Offered and considered Nebraska, this is a nice get for the Gophers.

Jack Lynn - OLB - 6-2, 205 - the most recent Gopher commit has been described as a "blue collar" type linebacker. Speed may be an issue and man coverage will not be his strength. But he appears to be a tough kid who will work butt of for Coach Kill.

Dominic Twitty - DT - 6-3, 270 - big and raw are the usual comments I've read in regards to Twitty. He needs to improve but given another year in high school and likely a redshirt, he may be a very productive tackle for the Gopher defense. A top 40 player in the state of New Jersey. 7 sacks and 2 interceptions as a junior.

Drew Davis - OLB - 6-3, 228 - Kill and staff have hit the Raleigh area fairly hard in the short time they have leading Gopher Nation. Davis is the most recent commit from the area. A strong tackler who is always around the football. I'm imagining Lee Campbell.

Eric Murray - CB -5-11, 173 - Our only Wisconsin commit who came to a Gopher camp hoping to catch on as a receiver, but his second camp (as a corner) is when he earned a scholarship offer. This is a new position for Murray and he is only 5-11, but he impressed the coaching staff enough to earn an early offer and he took it.

Scott Ekpe - DE - 6-4, 255 - Our only Texas commit thus far. What I've read is that he may not be quick enough to play at end and may not be big enough to play inside. Given two more years to develop, I'm sure they'll find a home for him.

Overall this is a solid class of guys that are not rated particularly high, but over and over when reading different evals I read that this guy is "flying under the radar". I take that as an indication that we have a group of kids who, with the right coaching, will grow to be productive players.

We have needs, either immediate or in the near future because of graduation, at TE, WR and DB. And we seem to be addressing those needs. The other interesting thing is that are nabbing a lot of kids from Florida. The four Miami Central kids and hopefully we land a 5th if we can convince corner back, Donaldven Manning to switch his commitment from Virginia Tech to the Gophers.

The Landscape of Minnesota Recruits

For the first time since people have actively been following college football recruiting the way we currently follow college football recruiting the Gophers have a coach who is actually keeping the best this state has to offer in this state. Glen Mason seemed to not even be trying in his last few years. At the very least he seemed to give up on kids early in the process when it looked like he's be going head to head with bigger name schools. Tim Brewster talked about locking down the borders but consistently failed to keep the big names here. Michael Floyd, Willie Mobley, Brendan Kelly, Bryce McNeal and Seantrel Henderson are all guys Brewster failed to land. But so far it appears as though Jerry Kill is getting through to Minnesota kids like nobody in recent memory, and it is great timing considering the 2012 class of Minnesota kids is as loaded as any we have seen.

There is still time for some of the top 10 guys to choose to take their talents elsewhere but to date Kill has secured at least a verbal commitment from six of the top 12 kids. Here is my arbitrary top 14 Minnesota kids in the 2012 class.

I have been rather impressed by the commitment of Kill and staff to develop relationships in the state and they have already landed a significant amount of local talent. If they can land Pirsig and keep McDonald this will be a very good example of keeping the best Minnesota has to offer at home.