Share All sharing options for: TDG Pictures from the Gopher Football Uniform Unveiling

A fun little event down at TCF Bank Stadium and I got a few pics of the uniforms. First a few thoughts on the uniforms... 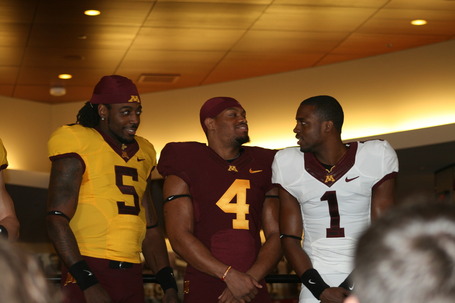 More pics after the jump

MarQueis in the gold jersey and Keanon sporting the unique #4 which was the inspiration for the rest of the numbering. The font used for jersey numbers and other text comes from the jerseys Minnesota players wore during their national championship season in 1940. 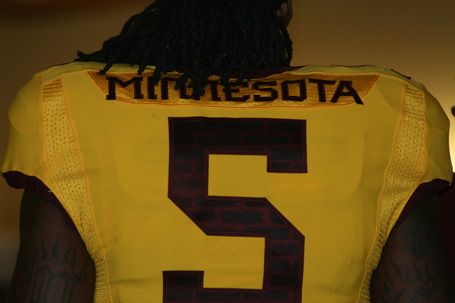 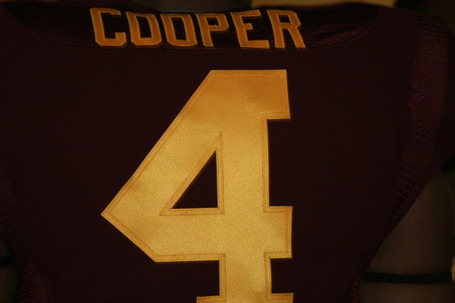 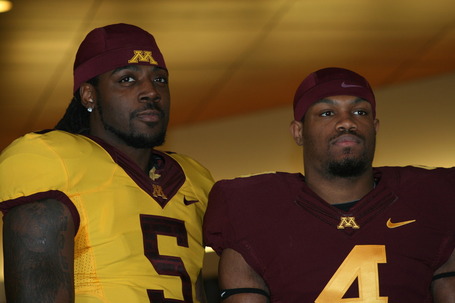 Did I mention that Rallis's arms are huge? 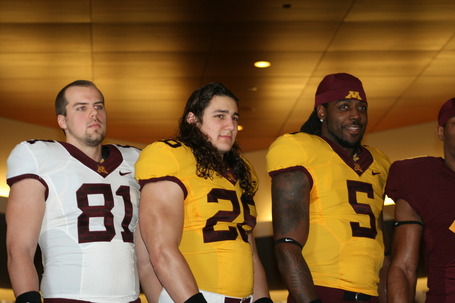 Stoudermire answering way more questions about returning to the team than he was about the new uniforms. 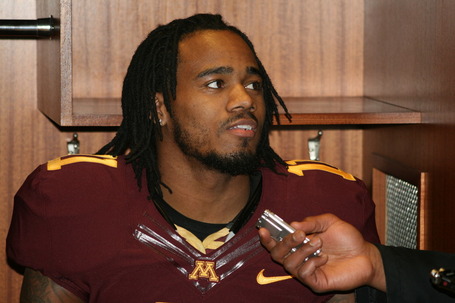 A close up of Gray's #5 on the shoulder. You can see the brick pattern pretty well in this pic. 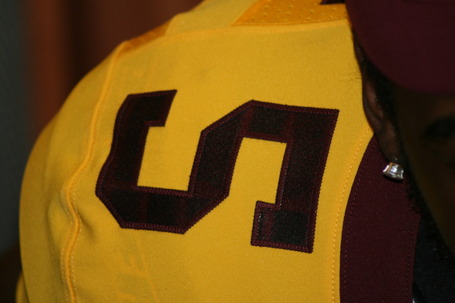 Ed Olson doesn't appear to jovial in this pic but he was having a pretty good time. 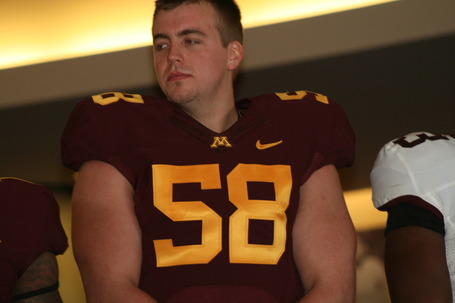