Bucky is a skunk in a popcorn box, cannot spin his head, and has ugly, beady little eyes. EVIL lurks behind those eyes.

The scheduling stuff seems to have distracted us from the fact that we are all BETTER DEAD THAN RED. Let's get focused everyone.

First, for those looking for a HATE WEEK cover photo on Facebook:

As before, it's a slightly odd size to allow you to better place it on your Timeline. Enjoy!

- Actually, this one might not be Fuller's fault. Apparently Gray was working out at WR yesterday, sans the green injury jersey:

MarQueis Gray just might be a wide receiver again.

The University of Minnesota's senior quarterback caught his first pass in two years during the Gophers' 21-13 loss to Northwestern on Saturday, Oct. 13. And he took more reps as a receiver in practice Tuesday.

It sounds like the plan was originally to have him play more receiver against Northwestern before Max got his bell rung:

With Gray coming off ankle and knee injuries that sidelined him since Sept. 15, the Gophers had a whole package of plays for him at receiver last week. But after catching one pass, Gray had to switch to quarterback when Shortell was hit in the head on a run late in the first quarter.

It's also seems clear that when fully healthy, he'll be the QB:

Offensive coordinator Matt Limegrover cautioned not to read too much into Gray joining the receiver rotation but admitted that he noticed the extra energy on the field when his most experienced quarterback caught a pass Saturday.

"There was some excitement there," Limegrover said. "The problem is, we can't put him at wide receiver and (have him) throw to himself.

What's not clear is whether Marcus will be able to restrain himself from QBGAZING his way into some silly ledes.

- Miller says the Gophers are trying to figure out the fumble issue. All I can say is, FIX IT.

- Kill may be back, but we're hurting on injuries. Just how bad is it? Bad.

Starting quarterback MarQueis Gray was wearing a boot on his left leg once more on Tuesday, Kill said, and "he's about like where he was in the off week." Back when he was still too injured to play, in other words.

"He jogged a little bit this morning, and struggled with it," the coach said.

He's not the only one wearing a boot, either; left tackle Ed Olson, the veteran leader of the offensive line, was wearing one on his right foot, the result of a sprain suffered during the third quarter of the Gophers' 21-13 loss to Northwestern on Saturday. The junior "is very questionable and probably won't play," Kill said, meaning sophomore Mark Lenkiewicz would move into the lineup.

Then there's safety Derrick Wells, one of the most important players on the defense, responsible for calling signals to get his teammates in the right place. He is dealing with a laceration on his knee and wore a limited-contact jersey Tuesday, though the Gophers believe he can return Saturday.

And at receiver, the Gophers are worried about three players: Devin Crawford-Tufts, Isaac Fruechte and Marcus Jones, all of whom have varying degrees of leg injuries. Kill called them questionable, though offensive coordinator Matt Limegrover was more optimistic.

- Focusing back on Gray, it sounds like he's back to where he was during the bye week (i.e. not full speed).

- The Daily looks at punter Christian Eldred and how he ended up at MN from Australia.

- FBT Time: MV covers Kill's presser, talks about the schedule change, offers up his Models and Bottles prediction for Wisky, and Rouses the Rouser to a more in depth recap of the Northwestern game.

- Former Gopher Jimmy Gjere talks about his retirement from FB.

- The WWL Blog offers their Midseason Report for the Gophers.

- If you haven't yet, take a look at this huge panorama from the Northwestern game.

A reminder to all those traveling to Madison this weekend. These are the sorts of people you're going to be watching a game with. TAKE CAUTION. This video is NOT for the faint of heart and is slightly NSFW.

- Trevor Mbakwe heads back to court in FL for a parole violation hearing. Could turn out to be nothing, could be jail time.

I know this development didn't get a lot of coverage yet here at TDG so let me share my short thoughts. This DUI thing better be the last off the court issue we get from him. Stay in your room, put your head in a book, go to practice, get to the NBA, make money for your family. STOP BEING STUPID. It's not that hard. Been drinking? Call a cab or have someone else give you a ride.

- Tyler Mason says Trevor has a lot to prove.

- Highlights from the All Star Friday Night dunk contest:

- Amelia has her Monday Recruiting Update.

- Vegas considers the Gophers a 100-1 shot to win the national title.

- Bjugy was named WCHA Offensive Player of the Week.

- CHN gives their 3 Up/3 Down for the WCHA. #1 on the up? Minnesota's own Christian Isackson.

- Could Nebraska start a hockey team? Corn Nation takes a pretty in depth look at the idea. 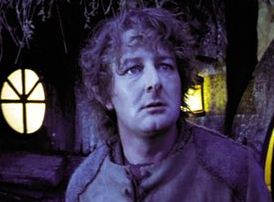 The name says it all. You live in the middle of nowhere, raise mushrooms, and are as wholly insignificant as your name sounds. Other members of the Fellowship run through your fields with impunity, and you can't stop them.

- WWL Blog also ranks the Gophers 9th in their Power Rankings, up one spot despite the loss.

- Penn State writer ranks the Big Ten venues and feels MN is #4. He has some clear biases and his list isn't what you'd expect.

- Shutdown Fullback asks SEC fans about the B1G. I think you can guess where this goes.

I was in SE Georgia/NE Florida over the weekend visiting my brother. They love them some SEC down there.

- Northwestern is breaking out black uniforms this weekend. 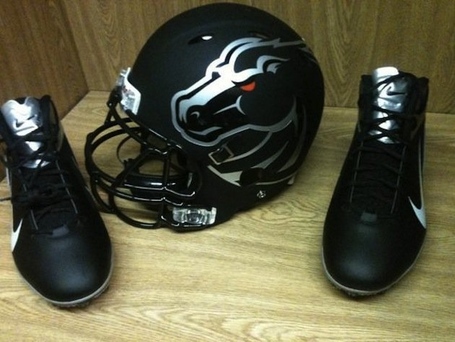 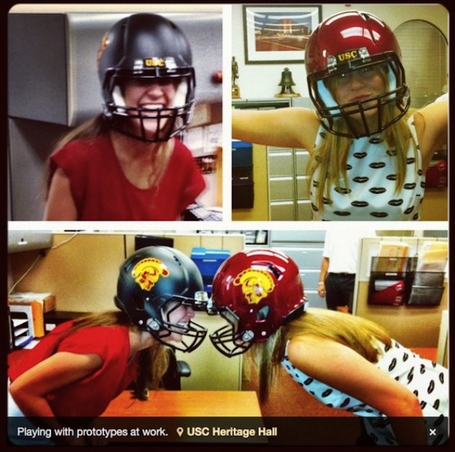 - So, it seems like being QB in the SEC might not be a bad gig (so long as you're winning).

- I'm a sports crazy and I'd big on a number of useless items if I had the money. But an autographed and broken headset??? 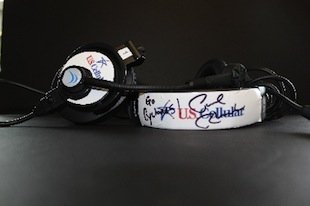