Almost time for the big roadtrip! But before it begins, enjoy some tasty Nugz.

Share All sharing options for: Golden Nugz - 11.15.12 - Anyone Else Headed To Nebraska?

Today Nugz is heavy on the local links and videos. Enjoy!

- Ra'Shede Hageman and D.L. Wilhite get some FSN profile love.

- Donnell Kirkwood said that patience has set up his potential 1,000 yard rushing season.

- Coach Kill hopes that Zach Mottla can return from his broken leg by spring.

- Sid talks to Norwood about the bowl possibilities.

- Team Beard brings us his story on the "village of centers" required to make this Gophers football team go.

- Ever since Philip Nelson took over as the starter, QB coach Jim Zebrowski has been coaching from the sidelines to make sure Phil gets consistent and direct messages from the coach he works most closely with.

- Tubby and Chales Buggs' parents agree that he should redshirt this year.

- Rau is healthy and awesome.

- Adam Wilcox was named WCHA Rookie of the Week.

- Speaking of which, if the goalie slot wasn't already Adam Wilcox's, it is now. According to Lucia, Shibrowski is hurt right now.

- Why was this guy allowed to resign instead of being fired? This could end up being bad for admin leadership at Iowa I think.

- McMoxie? Before you were just annoying. Now? Can't wait for you to go away you whiner.

We'd think the story of a Texas A&M fan getting past security and spending almost all of the Aggies' landmark upset of Alabama on the sideline was made up, but there's plenty of photographic proof on TexAgs.com.

And this isn't just a fun but kind of boring tale of a guy who slips by security and does everything he can to not draw suspicion so he can continue to watch from the sideline. What makes it so funny is that he pretty much made himself right at home.

He took the pictures, obviously, including the one with Crow. He said he talked to school president R. Bowen Loftin. He said he introduced himself to Aggies offensive coordinator Kliff Kingsbury before the game. He ran off the field with the team at halftime, even though he laments he couldn't get access to the locker room. And there's photographic proof of him running off the field behind Sumlin, in a freeze-frame from the CBS broadcast. He says that he talked with Sumlin for a brief second after his CBS halftime interview.

Let's think about that. A fan who sneaked by security is bold enough to chat up the team's head coach as he runs in at halftime of a game against the top-ranked team in the country. That's fantastic.

- Temple couldn't find a 12th game for this season.

- LULZ. This is horrible. Behind his link is a video of an AIRBALLED LAYUP.

- Maryland's new "Black Ops" uniforms are pretty cool and not at all insane like they usually are. 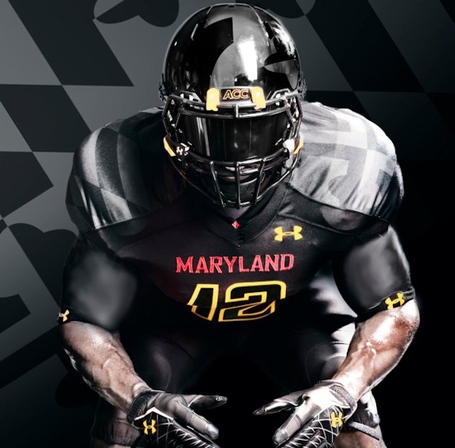 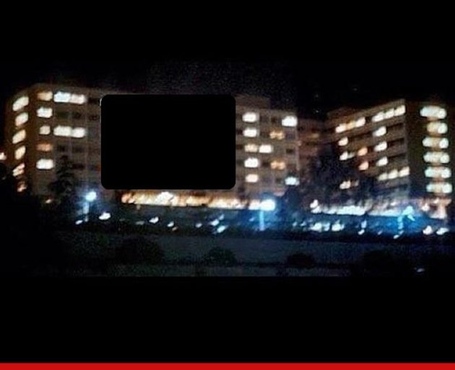 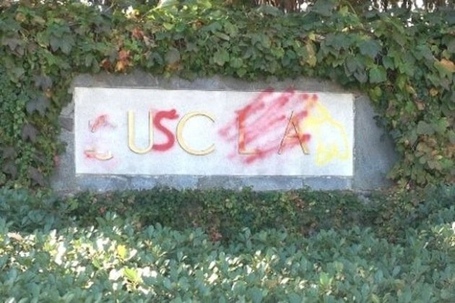 - WHY WOULD YOU MAKE THIS BET?

Smorgasbord Insane Video Of The Year Of The Week

- This must be seen to be believed. It's a compilation of dashboard camera videos from Russia. Apparently lots of regular people have dashboard cameras there. Anyway, Russians ARE INSANE drivers. Like, you will not expect half the random stuff that happens in this video. Note to self: NEVER DRIVE IN RUSSIA.