This story is brought you by Four Roses Single Barrel bourbon, the official bourbon of my trip to Lincoln, NE. 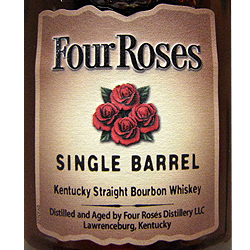 Seriously though, if you haven't been down here for a game I can not recommend it highly enough. GREAT TIMES to be had.

- Gophers look to deal with the hostile crowd.

- Scoggins looks at Nebby's facilities and how MN is using them as a model for future efforts.

- The only thing that hasn't come up Millhouse this weekend so far was the hockey draw with Wisconsin. Twitter would leave me to believe that there were many missed chances. The STrib would seem to agree.

- James Franklin celebrates Vandy's win last weekend by carrying the Commodore mascot over his shoulder into the locker room to celebrate. Yes, that actually happened.

- Tornado destroys a soccer stadium. Not sure why you'd film this, but ok.