So, the Big Ten season is done (well, mostly...Nebby still has to keep the Badgers out of the Rose Bowl). What does that mean? Time for the awarding of this year's Gnomies!

Well, the NCAA regular season has come and gone for the gnomes of the B1G lands. But fear not loyal readers, the gnomes will not disappear underground like some sort of groundhog waiting for spring practices. They shall return each week to mock other schools for their basketball (and in the case of the more enlightened schools, hockey) failures.

In the meantime, there is some football housekeeping to take care of. That's right, it's time to give everyone in the B1G a sticker gold star Gnomie Award mocking their team in some way.

Oh ILOLnois...what is there to say but thank you. Thank you for the W on the road. That you for the entertainment. Thank you for hiring an incompetent coach named Tim whose tenure should end up looking worse than our own Timmy related hiring error. And thanks for getting blown out by Northwestern and giving us one of the most DERP-tastic moments in recent B1G memory:

You know who else was excited by that nonsense? The Champaign Room.***

Today was potentially the worst Illini game I've watched in recent memory. I don't think I've ever seen the players look less like they gave a damn about what was happening out there. Four turnovers. Eight penalties, including the hilarity of Tim Beckman running into an official and giving free yards to Northwestern. All in all, not a bad year Indiana. This is a year where you could have been bowling had you taken care of business in the non-conference season. In fact, I'd argue you should have been bowling as there was no reason to lose to either Ball State (again!) or Navy. The final game with Purdue was close for a while, but in the end even a Danny Hope coached team was too much for you.

The Crimson Quarry laments the turnovers and lack of defense:

The Indiana offense put plenty of points on the board against Purdue yesterday, but four turnovers and an awful performance by the defense allowed Purdue to win the Old Oaken Bucket for the second consecutive year. IU put up 512 yards and 5.8 yards per play, and a respectable 35 points. But four turnovers, including three Cameron Coffman interceptions, gave Purdue plenty of good opportunities, and the Boilermaker offense probably didn't even need them. Purdue gained 558 yards and averaged 8 yards per play. The Hoosiers led 21-14 at halftime, but allowed Purdue three quick scores to start the second half and IU suddenly trailed 35-21.

For putting together a "close but no cigar" season, the gnomes honor Indiana with the "WIN! FIGHT! TRY! OF THE YEAR!" award. You paid more per win in head coach salary then Purdue did for 6 of them (and they fired their guy). You can't even ponder a change b/c you owe Captain Curt around $20 million in buyout money. You paid your glum little leader $500,000 just for being alive at the end of the year. Oh, and you only won 4 games, lost to Iowa State for the 2nd year in a row, lost to CENTRAL MICHIGAN because your players are afraid of a bouncing ball, continued to face the wrath of AIRBHG, and after letting Nebraska keep the Heroes Trophy, your losing streak to end the year stands at 6 (which incidentally, includes a loss to Indiana). The gnomes would like to say, yet again: Yes, you definitely beat the Gophers, but that's still a LOT of schadenfreude material to fall back on.

Black Heart Gold Pants is glad it's all over:

This game was a remarkable display of incompetence, from the players and (especially) the coaches. In that regard, maybe it really was the most fitting way to end this miserable season.

Go away, Iowa football. I think we need some time apart right now.

The gnomes disagree. Stick around Iowa football, so that we may bask in the warming glow of the tire fire that is your season. To tide us over to what we hope will be an excellently horrible 2013, the gnomes bestow the "ULTIMATE TIRE FIRE MEGA MIX" award upon Iowa. Congratulations! You may not have won The Game, but don't worry Michigan. Al Borges finally has a QB who fits his system and all will be well. Maybe. In the meantime, not a horrible season. Enjoy jumping Northwestern in the bowl order on the strength of your fanbase and a flukey tipped ball.

Maize n Brew looks at the loss and wonders what the future will bring on offense:

Borges has shown an excellent ability to adapt (see Michigan offense, 2011) and yet a propensity to fall back on tendencies that don't work. You don't run the ball on 3rd and 1 when Ohio State stacks the box with 8 and you don't have a legit running back. You can't run it down Ohio State's throat when you can't run.

There may be some people who will find this difficult to hear, but Borges isn't going anywhere. He will be Michigan's OC for at least four-five more years, unless a bigger opportunity comes along.

He isn't a terrible OC. He likes to rely on great talent, which means that onus is on Michigan's staff to hit the recruiting trail hard. So far they have.

In honor of your OC's new love interest at QB (he's finally found a leader who is right for his system!), the gnomes went to Kay Jewelers and picked up the "True Blue Love" pendant. Enjoy! When a game versus Minnesota becomes the biggest game of your season that's...not a good sign. The Spartans rode the best defense in the conference to a 6-6 record. Woof.

The Only Colors is relieved that they won't have to join so many other teams in the Cheese Bowl:

The fear of missing a bowl game for the first time since 2006 has dissipated. You didn't celebrate after the game, you breathed a sigh of relief. The top goals weren't reached, we know that. But Saturday's 26-10 win over Minnesota was still a very big one, just not for reasons we expected before the season. Mark Dantonio guaranteed it, and his players backed him up.

Many Spartan fans will tell you how close this team was to a much better season. In the spirit of that optimism, the gnomes give the Spartans the "Horseshoes and Hand-grenades" award. Legends West Division Champions! It wasn't always pretty, but they made it. Now it's time for Bo Pelini to face his biggest nemesis...the Conference Championship Game!

It was brutal football on a brutally windy day. And Nebraska was up to it's old first half tricks; fumbling and bumbling around on offense to allow Iowa to take a halftime lead. But we've seen this all season long from Nebraska; were you concerned?

I wasn't, but apparently Bo Pelini was. He was hoping not to play Rex Burkhead unless it was really necessary, and apparently trailing the Hawkeyes was alarming enough to make it necessary. And Rex's performance was simply legendary, especially in that fourth quarter. After a wind-aided Iowa punt was downed inside the one yard line, Rex submarined the Huskers out of danger. On second and eight from the three yard line, Rex looked like he was going to be stopped at the six, but kept moving the pile with his legs for another five yards. Then he did it again on the next play, making it look like a rugby scrum.

Congrats Huskers. The gnomes would like you to put on your Queen CD and turn the music up as you accept the "WE ARE THE CHAMPIONS" award. 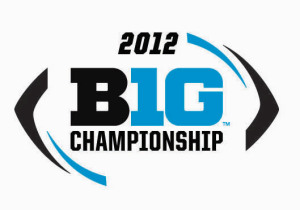 Honestly Wildcats? You should you be 10-2. And there was a path to 12-0. If only if weren't for the DOUBLE DIGIT HEX. Perhaps you angered the Angry Northwestern Double Digit Lead HatingGod (ANDDLHG)? In any case, 9-3 is still better than most predicted. Kudos.

Sippin On Purple enjoyed kicking the snot out of Illinois:

The football team sent the seniors off right by taking Illinois to the woodshed. The blowout came in spite of a fast start for Illinois, who took a 7-0 lead on their opening drive and were only down 27-14 at the half. The offense continued their strong showing in the second half, while the defense buckled down and allowed fewer than 50 yards, intercepted two passes, and scored a safety to bring Northwestern's point total to 50 and hold Illinois scoreless after halftime. Pat Fitzgerald got his 49th career victory, and he will get the chance to become the first Northwestern head coach with 50 in the bowl game.

The gnomes eschewed a brand new award to give Northwestern the one they earned repeatedly all season...the "Glen Mason WTF Is Going On Here?" award for lead losing ineptitude. Trust me, you earned it. 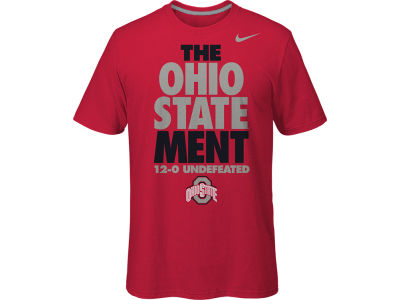 I know Ohio State fans have "moved on" and are focused on celebrating the win over Michigan and the undefeated season for what it is, but c'mon. Gene Smith screwed them (and the B1G) to get a Gator Bowl berth. Great trade. Land Grant Holy Land is pleased they stopped Hokemania after just one loss:

Ohio State successfully completed the job presented before them going into a supposed lost season: finishing 2012 unscathed. The Buckeyes rallied from a 21-20 halftime deficit to defeat Michigan, 26-21. Urban Meyer, in his inaugural trek as Ohio State's head man, moves to 1-0 against the arch rival Wolverines while also completes his first go at it with the Buckeyes as 12-0, 8-0 in conference.

In honor of this "triumph", the gnomes would like like to offer the Buckeyes a consolation prize in the form of tasteful, simple "Buckeye Facepalm" award. No Yummy Queso Bowl For You! Honestly, Penn State's season was pretty impressive. After starting 2-2, they won 6 straight B1G games to close out the year (including handing Wisconsin another heartbreaking OT loss last week...giggle). That said, they also spent a lot of the season whining about how much the NCAA and Big Ten refs hated them and how there was a giant conspiracy to keep them down.

Succinct and full of Bert hate. Nicely played. While the gnomes appreciate the sentiment, they cannot overlook the conspiracy mongering and loud complaining. So they have two titles to bestow...\the "Jesse Ventura Conspiracy" award and the "Loud Howard Complainer" award. Congrats! No Yummy Queso Bowl For You!

Here's to you Danny Hope! You so demoralized your fanbase and bosses that even winning 3 B1G games in a row (and keeping the Old Oaken Bucket out of IU's hands) to end the season couldn't save your job. Note to Joel Maturi: this is how you fire a coach. At the END of the season, not after the bowl game.

Hammer & Rails is ready to move on:

Purdue wasn't moving forward under Danny Hope, especially when some consider his first season at Purdue his best season, despite the losing record. Purdue fans knew they were falling behind with Danny Hope, and continue to put pressure on the program to perform better or let Hope go. Since they couldn't do the former, Burke had no choice but to let Danny Hope go.

In honor of the fallen coach's excellent 'stache, the gnomes ignore Purdue (since it doesn't exist) and offer Danny Hope the "Ron Burgundy Stay Classy" award. Well, you're going to the B1G title game Wisconsin. And you might get to the Rose Bowl. But we all know you don't deserve it.

The Wisconsin Badgers finish the regular season 7-5 overall and 4-4 in the Big Ten, which is outrageously disappointing for a team who were considered favorites to make a BCS bowl in preseason. Fortunately, they have one more chance to erase all of this season's disappointment next weekend when they take on Nebraska in Indianapolis.

In recognition of their undeserved attendence in a 2nd consecutive CTG, the gnomes disgustedly throw the "Thank You Jim Tressel You Cheater" award at Bucky.