Seriously, there are no Gopher sporting events of any kind this weekend. Boo.

Share All sharing options for: Golden Nugz - 12.13.12 - Sad That There Are No Gophers To Watch This Weekend

Very much disliking this pre-holiday break. I mean, I guess it'll give me a chance to watch some other teams play college basketball. But still.

- EVERYTHING FROM THE NDSU GAME: Recaps from the STrib, PiPress, FSN, ESPN1500, and The Daily. Tyler Mason looks at how that 360 dunk from Rodney Williams sparked what was ultimately the game defining 15-6 Gopher run. And in case you were wondering, Rodney has 26 dunks in 12 games this season.

- WALLY REACTIONS: Tyler Mason thinks that Wally Ellenson could still have an impact this season. Fuller's blog hits on the 2 main points folks have already raised...that Wally and his seem to be backing/pushing the move and that it might help in recruiting Wally's brother. Amelia was surprised by the move, but thinks with Oto/Welch struggling that Wally could provide a shooting boost off the bench. She also hits on the player/family happiness theme.

- TREVOR TIME: FSN says Trevor Mbakwe is looking close to 100%. Sandell says it's time for him to get back into the starting lineup. Fuller agrees, saying that Trevor needs to join Rodney in the starting 5. Amelia breaks down another double double performance.

- MORE ON THAT 360: So, that SportsCenter Top Ten Plays #1 dunk? That's what Rodney does when he's feeling nervous and wants to play it safe...

But after the game, the media circled Williams’ and demanded (jokingly, ok? We’re not that mean) why he hadn’t attempted something new. After all, LAST year he was tired of the 360 – when he flipped it in a game, he shook his head afterward and said he wanted to get creative.

So -- back to the old tried-and-true again on Tuesday?

"I got nervous," Williams said, shaking his head. ". I had to do what I knew would go in, so I did a 360. You see I almost broke my back afterward, so maybe next time I should just lay it up or something

I'm with NBC Sports on this one:

That’s all I want.

Just one hour of knowing what it feels like to be so athletic that 360 dunks where you take off from two-thirds of the way up the lane are commonplace.

- Amelia has another edition of her mailbag.

- Down With Goldy put on another of his patented Drunken Live Blogs for the NDSU game.

- The Daily looks at Nate Schmidt's development as a defenseman.

- Blake Thompson is going to transfer.

- Roman says the Gophers are in a good spot heading into the break.

- Bucky's 5th Quarter does their first NCAA Hockey Bracketology and sees the Gophers as a #3 seed right now.

- The Gophers still rank #1 in the CHN Power Rankings for the WCHA.

- The Daily takes another look at the impact that the death of Gary Tinsley had on his friend Keanon Cooper.

- A big CONGRATULATIONS from TDG to MarQueis Gray, his wife Alley, and their families. Gray and Alley were married yesterday. Using that happy event as a jumping off point, FSN says Q has seen and done it all while at the U.

- Tracy Claeys made the WWL Blog's list of the B1G's best assistants.

Among the most productive players McHenry County has ever seen, the Minnesota recruit completed 164 of 248 attempts for 2,397 yards with 26 touchdowns and just 4 interceptions. Rushed for 1,124 yards and 22 TDs on 156 carries.

- BOOOOOOOOOOOZE! Alcohol sales brought in $900,000 this season, well above projections. The number of incidents, alcohol or otherwise, at TCF also DROPPED. Good chance that this has a lot to do with the lack of visiting asshats from Iowa and Wisconsin. Seriously, go read BHGP's arrest summaries after a Hawkeye home game sometime. They have WAY more problems with their fans and booze than we do. - The jerseys have their bowl patches: - The Gophers continue to count down their Top Ten plays of 2012:

- STATSY ALERT! SOMEONE FIND MATT: The Only Colors takes a look to see if KenPom's numbers back up the conventional wisdom that Big Ten Basketball is really slow. The summary? Well, it's mostly right. But there is a lot of variation between teams. Interesting notes? Minnesota plays at the 4th fastest pace in the B1G and Wisconsin is not the slowest.

- MORE STATSY-ISH GOODNESS: I love our fellow Mothership blogs in the B1G. The Crimson Quarry ranks the B1G teams, but also breaks down the starters on each squad in terms of how they rank at their position compared to all other B1G starters. How does Minnesota look? 4th as a team, with Rodney ranked as the #1 PF, Joe and Austin as the #3 SF and SG, Elliott as the #4 C, and Andre as the #7 PG. Craziest stat? Trevor is THIRD in overall efficiency ratings behind only Jared Berggren and Brandon Paul even though he's been coming off the bench.

- The rich get richer.

- OTE brings us a photo essay about Bert. A sample: 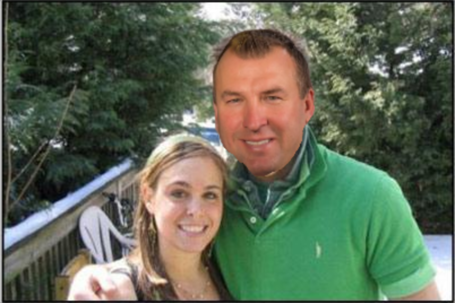 (Make sure to click on this one...totally worth it!)

- WWL Blog looks at the Best Case/Worst Case for every B1G bowl team. They also rank the B1G's bowl games.

- Maryland is getting a front-loaded deal when it joins the B1G in order to pay off its many debts.

- FSN takes a look at the B1G's dominant basketball landscape.

- This is why people are still very tired of Penn State.

- The Bemidji Pioneer has done a 2 part series on the problems facing the BSU athletic department. Part 1 looks at their funding shortfalls and the problems caused by joining the WCHA. Part 2 looks at what BSU hopes to do to improve their situation, even as they lose access to a quality WCHA slate of hockey games.

- Bert tried his hardest though, sending a weird letter to the Arkansas AD before this season. I wonder if he was the guy in HS who sent his crush flowers with weird lovey notes every week.

- The STrib says that St. Thomas' D is all about being in the right place at the right time.

- Katherine Harms and Tori Dixon were both named to the AVCA All-America team. Harms was on the 1st team and Dixon was on the 2nd team.

- One of the best traditions in college basketball. I know some people think it's stupid, but if you attended/played ball at a smaller school like this (I did) you know how cool it is to have this much of the student body come together, especially since a lot of lib arts schools have students who ignore sports.

- If you're going to flip off your opponent's student section while on the road, make sure you don't suck the rest of the game. A kid from St. Joe's didn't get that concept...

Kanacevic, who had been struggling for the first 30 minutes of his team's 65-61 loss to Villanova, hit a three with 9:56 to play to put the Hawks up three, 50-47. Immediately thereafter, while jogging backwards down the floor on defense, he lifted his hands in the air to taunt the Villanova student section. The three would prove his only field goal of the night.

Later, with 45.8 seconds left and Saint Joseph's up, 61-60, Kanacevic rimmed two free throws, allowing the Wildcats' James Bell to go down the other end and knock down the game-winning three.

Just over 40 seconds later, with 3.5 to play, Kanacevic attempted to inbound the ball off Villanova's Maurice Sutton before he could be whistled for a five-second violation. Rather than getting another chance to pass it in, Kanacevic had the ball ricochet off Sutton and then off his own body, giving Villanova the basketball and the game. 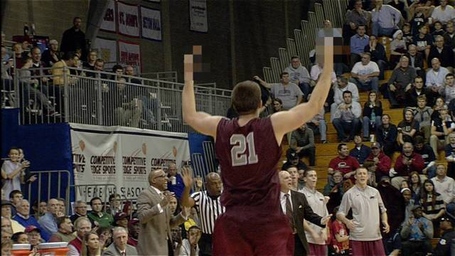 - Sure must be nice to have a T. Boone Pickens ready to help out...

- So Notre Dame and Bama are in the MNC game. What is an Auburn fan to do? 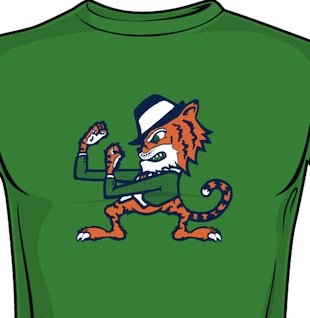 - I consider myself a decently smart guy, but I was surprised to realize that there is no such thing as a Brontosaurus.

"Two years later," Lamanna says, "his fossil collectors that were working out West sent him a second skeleton that he thought belonged to a different dinosaur that he named Brontosaurus."

But it wasn't a different dinosaur. It was simply a more complete Apatosaurus — one that Marsh, in his rush to one-up Cope, carelessly and quickly mistook for something new.

- This is a real shirt you can buy: 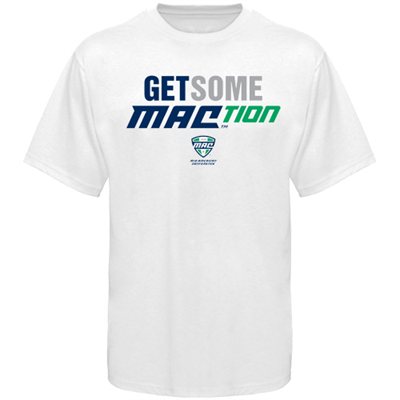 - Johnny Football is now a pizza: 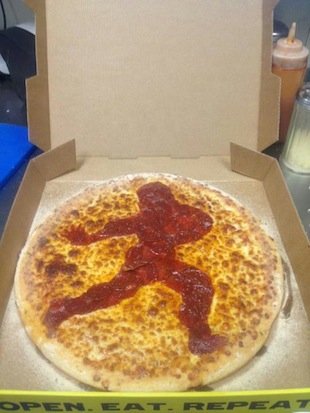