Plenty of Gopher FB links, a #1 ranking for the hockey team, Minnesota practice facilities chatter, proof that you can own a unicycle and be badass, and facial hair design of the year.

So, did anything interesting happen last night in the world of sports? 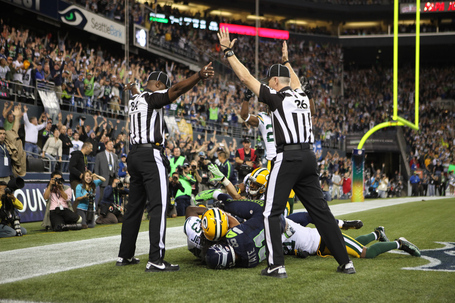 I have no idea what the WI sports teams have done to piss off the sports deities, but I am loving every minute of it. If my Twitter feed to be believed, this was the worst thing to happen in the world, ever, and I think the Packers might have been on a mission to set world records for most players fined on the same team at the same time. Don't they know that people with sensitive constitutions follow their Twitter accounts? Good time to be a WI sports fan, right Biels?

Anywho, onto the Gophers.

- I wanted to start with a little note about just how awesome the crowd was on Saturday. I know it's been brought up by plenty of folks, but it was just awesome to see an experience a game with that atmosphere again. And the best thing is that I don't think that's the best it can be yet. Probably not even close to the best it can be. And the noise did make a difference according to Cuse coach Doug Marrone:

Half of Syracuse’s 10 penalties in the game were on false starts.

"We came into a hostile environment for our football team," Orange coach Doug Marrone said. "We got shook up at times with the noise."

More of this please.

- The Daily is talking student enthusiasm for the Gophers:

"Those kind of die-hard fans are always going to be there, but you’re starting to see those [casual] fans trickle in now," he said.

This is true beyond the students. Anecdotally it sounds like the $10 ticket deal brought in a lot of very casual fans and there was a buzz around the game that I wasn't expecting. When my wife and I went out to dinner on Friday night the manager of the restaurant we ate at was talking about how bummed he was that he hadn't gotten tickets before they sold out. The 3-0 start had gotten him interested and he'd never been to a game at TCF. Getting back to the students, there are those who wished they'd gotten season tickets already due to the relationship Coach Kill is building with the students:

Kill has taken to walking around campus on Fridays and handing out tickets to students for the upcoming home game.

"Kill has really brought the team together … but above that he’s created relationships with the students on campus," said Rachel McDermand, a speech-language-hearing sciences junior. "He’s the only face that I’ve been familiar with as far as coaching out of all the sports. I feel like I know coach Kill."

She said this is the first year she hasn’t purchased season tickets, but now she’s regretting that decision.

I'm hoping the U capitalizes on the momentum and offers students a prorated season ticket (same per game cost but only multiplied by the remaining 4 B1G home games).

As always, hit the jump for even more Gopher football links. Today's edition also includes a #1 ranking for the hockey team, practice facilities chatter, proof that you can own a unicycle and be badass, and facial hair design of the year.

- HIDDEN YARDS FTW. So, the actual kicking part of the kicking game might be struggling, but the coverage teams are not. Phil Miller brings us more on this pleasing development:

They are some of the most hidden yards in football, but the Gophers emphasize not giving them up. Minnesota, now ranked third in the Big Ten in kickoff coverage, kicked off three more times during Saturday's 17-10 victory over Syracuse, and Morgan (twice) and Ashton Broyld (once) chose to return them.
But the Gophers smothered all three returns. Syracuse's drives on those kickoffs began at the 17, 13 and 17 yard lines.

Sadly, our own return game (thought to be a strength coming into the season) has been kind of meh. Plenty of time for that to change though.

- Shooter talks to Bob Stein, who no longer finds the program to be an embarrassment. Speaking of PiPress columnists, Powers decides the Gophers are worthy of his time. I think he just wanted to dust off the Brother Brew line.

- Shama sings the praises of the defense. He also notes that the U seems to have a copy editing problem with honoring past FB greats.

- WWL Blog name Minnesota named their Team of the Week.

- In news that will surprise no one, Gray prob won't play against Iowa. Keeping with the QB's...

Ok, not really. Team Beard does tepidly touch on a potential future controversy in this piece though.

- FBT brings us his Models and Bottles prediction. We're still a dog in the models, but that was true last week and look what happened. Most interesting thing to me from his models?

- Scoggins might have been wrong about the line on this game, but his other takes on the Gophers change in attitude and athleticism being reasons for optimism are right on.

- BTN LINK OVERLOAD...Player rankings, All B1G Non-Con teams, Dienhart's Top 10 from the non-con, and Power Rankings. A consistent theme? Lots of love for the Gophers.

Coach Kill's pregame speech. I think the part about getting back to the fundamentals when things go wrong is key, as it seems the team bought in hard on that idea on drives like the goal line stand.

Hype video used leading up to the game and after halftime at the game. I like the effort from the U to have something unique for each game.

- A sneak peek at one of the MBB tickets: 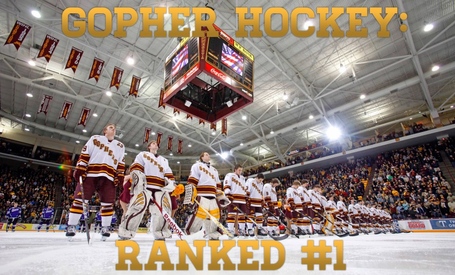 - So, not a surprise, but still nice to see they men's hockey team ranked #1 in one of the polls coming in to the season.

- The U's golf course may get some of the funding it needs for renovations.

- So...Norwood Teague certainly seems like he's serious about the new practice facilities for both basketball AND football. The U will be hiring a firm to finish the master facilities plan sometime this week. Amelia has many good nuggets about what this means:

o Two separate courts (one for men, one for women) that would be housed on either ends of the buildings (to prevent distractions that would come from the courts sitting side-by-side).

For me, the big key is that he seems to have lined up T. Denny as the primary FB facility donor. Add this to the blurbs about him flying with Sanford to Nebraska and other schools and it's clear that the plan to do both facilities at the same time is serious and real. The only remaining question is what form will the new FB facility take?

- Speaking of Teague, look for the link on ESPN 1500's Gophers page that has Doogie's interview with Norwood. He talks about the football team's success but also about the new practice facility plans. I'd permalink but 1500 is dumb about not offering one for their interviews (at least not as far as I can see).

- Badger fans are keeping it classy. Note how the Gophers are serving beer in GA but are kicking out fewer folks than WI. I wonder what the difference is between the two fanbases right now? Hmmmmmmm.........

- Utah has new all black unis.

- So, cheating in chess has taken on a new technological twist. I recommend this article...random, but well written and focuses in on a competitive chess world that I didn't really know existed.

Most important for everybody but Smiley: Along with being the youngest techno-cheat, he is also the first player of any age caught exploiting an approved software application as part of a cheating scheme.

So folks at the USCF are now trying to determine exactly how Smiley cheated, and how often. The answers could affect not only the severity of his punishment, but the future of computers in competitive chess.

"This is all new for us," says VCF president Andrew Rea. "This is a serious breach. We can't just let it go."

- I'm a sucker for tilt shift videos. Here's a good one.

- 8 year old runs over all the other smaller kids for a TD.

- FACIAL HAIR OF THE YEAR! 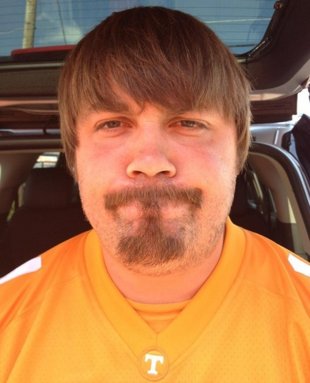