Welcome to Wednesday's roundup of all the Gopher news. Today as a special treat, the Smorgasbord is stuffed full of Gangnam Style related goodies. You can thank me later.

And HATE WEEK rolls on. Thanks to Elliot Mann for letting me use his HATE HATE HATE image. The man has some sweet Gopher t-shirts for sale. Give them a look.

If you want to get into the spirit on Facebook, then save this image and use it for your FB Timeline cover photo (I made the black edges wider to avoid some resizing issues...drag it around until it looks the way you want): 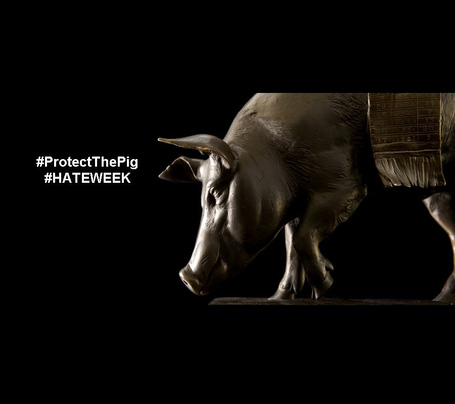 On to the links!

- Everyone loves Floyd and wants to #ProtectThePig from those stinky Iowans. Sandell says so:

As a result, a strong attachment to the trophy has been growing among the players. The Gophers have no intention to allow Floyd to change his place of residence when they travel one state south to face Iowa on Saturday, once again as the underdog.

"We love Floyd. We love keeping him around. We're hoping it stays that way," offensive lineman Caleb Bak said Tuesday.

I also love this quote from CB Jeremy Baltazar:

While the mentality change the team has undergone in the last year is easy to see, the players are aware their success in the last four weeks will lose significance if it can't be built upon in the next nine games.

"There's pride in (being 4-0), but there is still a whole lot more to be done," junior cornerback Jeremy Baltazar said. "To me personally, we still haven't proved much to anybody out there."

The reports this week that the team's confidence and buy in continue to grow, but it's nice to see them also noting that there is a lot left to prove versus resting on the first 4-0 start since 2008.

Back to Floyd, FSN has some Hageman quotes:

"Just the fact that the trophy's a pig, that's a silly thing," said Gophers defensive lineman Ra'Shede Hageman. "But the pig has a lot of history behind it. It kind of pumps us up. We obviously have to do what we can to keep it. It's obviously a tradition here, so we want to keep it here."

"It's in the locker room right now downstairs, so we always get to see it and pet it," Hageman said. "We have the trophy right now, so we might as well have fun with it."

Two things: 1) I'm sure Shede meant awesome not silly (just like my Zubaz), 2) I'm sorry, but any story that has a quarterback mauling defensive tackle talking about petting a bronzed pig is a winner by rule. 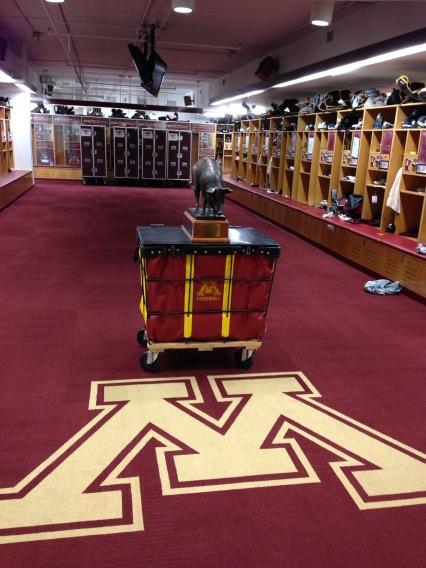 After the jump, find plenty more Gopher links, Gagnam Style takes over the Smorgasbord, and find out how you can help out a fellow SB Nation reader.

- FBT put up a really great story on the history of Floyd, why it matters so much to both teams, and why college football rivalries are so awesome. Seriously, a really well written piece and I urge you to check it out.

- Phil Miller breaks down the defensive numbers. In news that should shock no one watching the games, it looks like the defense might actually good this year. Seriously, that is fun to type out and actually get to mean it.

So far in 2012, the rankings are the Gophers' friend. Fourth in scoring defense. Third in total defense. Fourth against the pass, eighth against the run, and -- in a development so implausible, it should trigger a Congressional investigation -- first in taking the ball away.

They already have more takeaways (10) this season than during the entire 2011 season (nine), which is a great new habit to pick up. And perhaps even better, they've dropped a habit that damaged their chances of winning time after time last year: Giving up the big play.

Minnesota's defense typically would make a stop, make a stop, then give up a huge gain. Short gain, short gain, length-of-the-field touchdown. The Gophers allowed its opponent to pick up more than 30 yards on a single snap in each of the first nine games.

This year, through four games? Zero. None.

All good stuff. Time to take it on the road!

- Phil also takes a quick look at all the walk-ons who are contributing big to the Gophers.

- Fuller says the Gophers are getting ready to play in an actual road environment this weekend.

- Tyler Mason points out that injuries are a bit of a worry right now, something Kill called out in yesterday's presser.

- STrib video asks: Are the Gophers ready for Iowa?

- Gopher Sports delivers another informative 5 Things preview for Iowa. They also have a preview and video from Kill's presser.

- CBS Sports previews the Iowa game. The Gophers are also #5 in their latest B1G Power Rankings.

- USA Today gives Jerry and the team a little pub following the 4-0 start. Sadly, they decided to lead with the health angle, an issue that hasn't been talked about in months because it is not, ya know, an issue right now.

- Tom Powers spends far too much of this column talking about Iowa stealing the goalposts in 2002. Reusse needs to give him some trolling lessons as his execution is lacking here.

- Speaking of Reusse, this Brained writer wants to be the new version when Reusse retires.

- Down With Goldy takes a look at our latest commit.

- Gophers picked first in the WCHA by the media.

- The Sioux REDACTEDS are keeping it classy up on the plains.

- In case you missed it, Mark Dantonio is ready for the next question:

- Iowa fans, Y U NO LOVE KIRK? The fact that he has the worst contract in CFB and isn't winning probably has a lot to do with it.

- Penn State has some pretty major attendance issues. A Penn newspaper wonders, why can't the Gophers be contenders?

- The latest video from Shutdown Fullback is up and recaps all the fun of Week 4:

- Apparently USC has Matt Barkley do a breakdown of the previous week's game for their fans, even after a tough loss like the one to Standford. That's actually really cool.

- Texas A&M is looking at a $450 million dollar expansion of Kyle Field that would increase seating to over 103,000.

- The St. Paul Saints are getting their new ballpark and I couldn't be happier about it. Some local filmmakers have a neat look at the current home of the Saints, Midway Stadium.

- Sticking with baseball for a minute, there is a new documentary coming out about knuckballers RA Dickey and Tim Wakefield. I've always loved nuckleballers...it's just such a funky pitch. Anyway, here's the trailer:

- University of Minnesota Crookston students? You're doing it wrong. 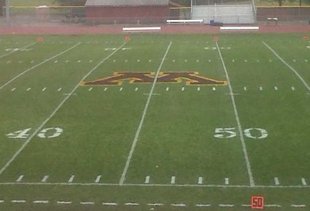 - Time for some Gagnam Style Smorgasbord...

LSUFreak gets us started with this GIF:

Next, the Minnesota parody. Actually not terrible:

Here is Texas A&M's president doing his rendition at a recent Yell Practice:

Next is the always fun to watch Ohio University Marching Band's rendition. Would love to see them perform live.

They're the same group that had the performance of Party Rock Anthem go viral last fall:

- Last but not least, we've got big offensive linemen dancing to I'm Sexy and I Know It. LaTech, this is why you were awesome even before you embarrassed Illinois.

Help Out a Kid In Need

- One of your fellow SB Nation readers has a 9 year old cousin facing a tough, tough battle with brain cancer. OTE bumped up a request for help from the SB Nation community and I wanted to make sure you all had a chance to see it too.

I have a 9 year old cousin named Ryan who has been fighting with brain cancer for a few months now. He's got a large tumor almost directly behind his left eye, and because of the location of this tumor, the doctors are unable to perform surgery on it to remove it. They are doing a very expensive proton treatment along with chemo therapy in hopes that they will either destroy the tumor completely, or at the very least shrink it to a size that they an operate on. The reason that I am posting this is that the family is having struggles affording the treatment necessary for his healing to happen. We've created a website that people are able to donate through and any information that you input to donate is absolutely kept safe and secure by the website. No one outside of you will see what you're entering. That website is;

Every dollar helps and counts at this point for the family, and will go 100% towards affording this expensive treatment that he is undergoing. Thank you very much for your time reading this, and for the prayers headed our way, and any donations that you're willing to give. Even a $1 donation helps add up, so don't think anything is too little to help out. Thanks again, and God bless.