Sizing up all the important measurables of the two hated rivals before they meet this weekend for quite possibly their last conference series ever.

Share All sharing options for: Tale of the Tape: Minnesota Gopher Hockey vs UND Fighting Whioux

All-time wins against the Other

Advantage Minnesota: In this case it does not.

Advantage North Dakota: Hang on, we can correct this...

Minnesota: Only at frat parties

North Dakota: The official-and probably only- beer of Grand Forks

Advantage Minnesota: That is if you like good beer. If you like Natty ice- then you must be from Grand Forks.

North Dakota: Funny story, but they no longer have one

Minnesota: sometimes leave for the NHL after only a year or two

North Dakota: sometimes leave for juniors before they ever get on campus 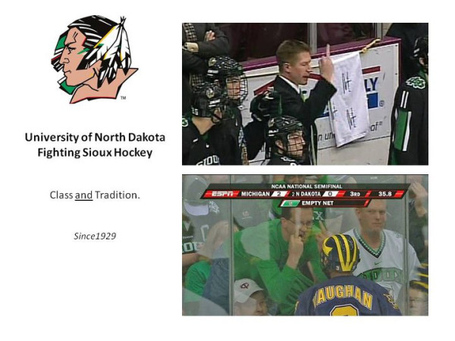 Advantage Minnesota- That is, unless you have no morals or soul and you're fine being a traitor in order to win hockey games

Minnesota: Done in one of our 10,000 lakes for bass or trout

Advantage Minnesota: I mean, have you been to Grand Forks?

Things to do when not watching hockey

Minnesota: playing hockey, fishing, hunting, enjoying the North Woods and great outdoors, watching our four professional teams (five if you count the T-Wolves), eating at all the great restaurants and bars around the Twin Cities, visiting museums, zoos etc 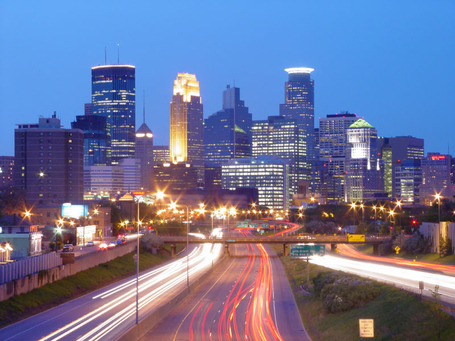 Advantage Minnesota: I mean, have you been to Grand Forks?!? 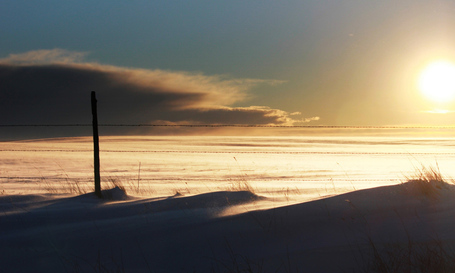 Left the WCHA because...

Minnesota: Benevolent Overlord of the B1G Jim Delaney made them

North Dakota: Minnesota did it, so they had to too

Advantage Minnesota: Look, it sucks the WCHA will cease to exist after this season (or at least in terms of being a relevant college hockey conference), and yes, Minnesota and Wisconsin are responsible for getting the ball rolling because the B1G demanded it. But their exit shouldn't have killed the conference: It still had 10 schools remaining, and if they wanted 12, Miami OH and Western Michigan could have gotten them right back there and they would have been just fine. But instead, UND and the five others decided they needed to break away so that they could divide what little TV revenue they'd be able to scrape together by eight schools instead of 10 or 12. Now yes, even a UND education will tell you there'll be more to go around for 8 schools than 10 or 12, but how much more? Last I checked, getting a little more of not much is still not much. Minnesota and Sconnie were forced to go because their money-making juggernaut of a conference wanted to add more content to their money-making juggernaut network. The NCHC? You can't tell me they're much better off than had they just added Miami and WMU to the WCHA. But hey, UND and its fans can still say THEY weren't the ones to break up the conference even though they really were.