Everything you need to prepare for the Illinois game and reflect on the awesomesauce Notre Dame game plus lots of Gopher Sports produced videos, GIFS that make fun of Rudy, and how to win The Price Is Right

- GOPHERS BASKETBALL THEME OF THE WEEK OF THE YEAR: The Gophers are headed into a tough stretch says FSN, STrib, AP, GopherSports

- ALL THE ILLINOIS PREVIEWS/ARTICLES: The Champaign Room, FSN, STrib, Down With Goldy,

- LETS TALK ABOUT AUSTIN: Fuller says Austin Hollins was transformed by getting benched last season. Austin's NBA Jam session gets some national love. And in case you haven't seen it yet, here's that crazy stretch of 5 three pointers in a row:

- In case you missed it, Rodney Williams scored his 1000th point against Northwestern. Amelia looks at other milestones he could reach this season:

Williams has the potential to notch several other milestones as well before he finishes his career at Minnesota. He currently is 39 rebounds short of 500, 32 assists short of 200 and 32 blocks short of 150.

If Williams hits the milestones in points, rebounds and assists, he will become the third Gopher to do that (Sam Jacobson and Willie Burton also did).

If he hits the milestones in points, rebounds and blocks, he will become the sixth player to do so (Kevin McHale, Randy Breuer, Michael Bauer, Mychal Thompson and Ralph Sampson III also did).

But if he achieves all four landmarks -- points, rebounds, assists and blocks – he will be the first Gophers player ever to achieve those numbers.

- PAY ATTENTION AND CLICK ON THIS LINK! Speaking of Rodney, he is not winning this BTN poll for "best dunker in the B1G." This is a travesty and I demand you all fix it. If you don't vote I'll know and I'll use my super blog powers to make sure you get the worst static electricity shock ever the next time you touch a door handle or some other metal object.

- Speaking of Rodney and dunks...here is the first episode of "Dunking 101 with Rodney Williams" hosted by Mike Grimm.

- Andre Hollins gets a short feature video piece from the Gopher Sports folks.

- Time for another aMAILia Bag.

- Christian Iaskson's sick goal ended up on the SportsCenter Top 10:

- Leave it to Tom Powers to find a way to complain about last night's game. Apparently, it wasn't a "10" because his expectations of a high flying contest were not met. This warranted several hundred words about his letdown. Strong SPROTS TAKES Tom.

- Roman notes that staying atop the WHCA will be tough.

- Sweet Vimeo video of the U campus during football season. Sorry, can't embed but I recommend giving it a look.

- What did the WWL Blog learn from the bowls?

4. Minnesota is on the way up: The Gophers suffered a heartbreaking loss against Texas Tech in the Meineke Car Care Bowl of Texas, where they led 31-24 with less than 90 seconds to play but somehow lost 34-31. Yet the overall takeaway remains a positive one for Jerry Kill's team. After struggling mightily to move the ball down the stretch of the Big Ten season, Minnesota pounded the Red Raiders for 222 rushing yards, while freshman Philip Nelson threw two touchdown passes. Kill must find and develop more wide receivers, but Minnesota showed the physical style the team is capable of when its offensive line is healthy. The Legends Division will be deep in 2013, but the Gophers should continue to make gains.

- Early football power rankings from the WWL Blog. #8 for the Gophers seems about right.

8. Minnesota: The Gophers doubled their win total in Jerry Kill’s second season, and Kill's track record at previous stops suggests another boost could be on the way in Year 3. Quarterback Philip Nelson looked good in the bowl game after some late-season struggles, but Minnesota still needs more weapons to develop around him as well as continued progress from the offensive line. Senior defensive tackle Ra'Shede Hageman leads a unit looking to fill gaps at linebacker and cornerback.

- Why the State of Pennsylvania's lawsuit against the NCAA sucks. OTE also looks at whether it stands a chance.

- Great story about an Oregon player who faked an injury at the end of the game so a walk-on would get a chance to play.

...Lowe faked an injury as they broke the special teams huddle before the game's final kickoff. Ebanez is his backup on the kickoff coverage unit, so he went in.

Ebanez got in for the kickoff, and also was in for the last play when Oregon was in victory formation.

- Best and the worst of bowl season.

- Fave part of the MNC game (other than everything bad that happened to Notre Dame)? This:

- This is one way to get a 2 point conversion:

- I hate the future.

- Minnesota/Indiana is one of the 5 games Seth Davis is psyched to see this week.

- MARCH MADNESS, JANUARY PREDICTIONS EDITION: Minnesota is a LOCK in CNNSI's Bubble Watch and a #2 see in the South Region in their Bracket Watch.

- AWESOME COLLEGE PRESIDENT BEHAVIOR: Cincy's president had his head shaved. Earlier in the year he said he'd do it if either the FB or MBB teams won ten in a row. The basketball team won 12 and President Ono had his head shaved on the court following the Cincy loss to ND.

Eager to make sure the Leavey Center is as hostile as possible for Saturday's crucial game against league favorite Gonzaga, Santa Clara coach Kerry Keating has made a creative but potentially expensive pitch to students to return from winter break a day early.

Since school isn't in session and on-campus dorms won't open until Sunday, Keating has volunteered to help students who want to attend the game pay to spend Saturday night in a local hotel.

- I know there are definitely some days I would have HATED this as a player.

Calipari said the heart rate monitors tell him and his staff which players are giving full effort during practices and which are not. And when too many players fall below a certain level of effort as measured by the monitors, Calipari makes them run sprints to get their heart rates back to where he wants them.

- BC Interruption shares their latest bracktology. NOTE: this is from before the win over ND.

- Wisky is pulling out throwback unis for the Hockey City Classic game in Soldier Field. Other than the normal horrible factor that comes with them being Wisconsin jerseys, they aren't half bad. 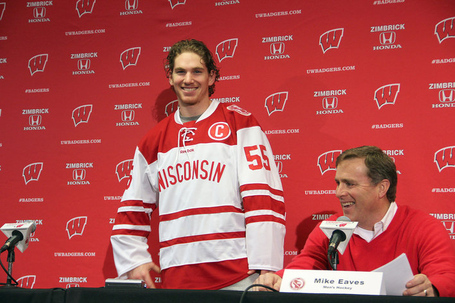 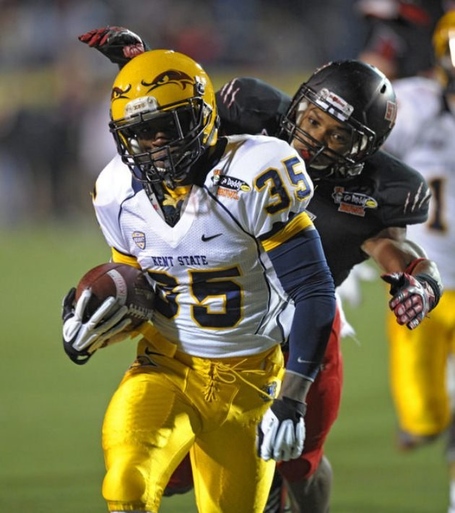 - Ah Twitter...where would we be without you? I mean, we'd miss out on supermodel Kate Upton mocking Notre Dame during the MNC game...

It's okay Notre Dame this happened to the Jets every week

Or AJ McCarron taking to Twitter to fire back at guys tweeting love to his now quite famous girlfriend...

@ddockett boy stop! U gotta better chance with them strippers then this way homie know that. better stop eating them wings and win. All love

- I love this new SportsCenter commercial's concept, especially the part where the BC mascot is stupid.

- How to win The Price Is Right.