I managed to find a historical pic that I'm allowed to use that actually includes Northwestern! - Gopher Athletics

GoAUpher: Bumped because PICTURE OF A GIANT VIKING WITH A GOPHER SHIELD! 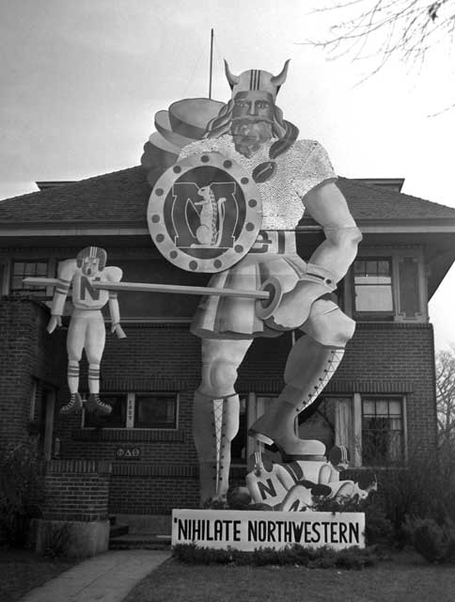 Starting in 1892 the Minnesota vs Northwestern game has been played 88 times. That makes Northwestern the 4th most played opponent for the Gophers (only behind the three trophy games against Wisconsin, Iowa, and Michigan). So you'd think I'd have some awesome narrative or tale to share with you guys. Well you'd be wrong. But I do have a bunch of awesome photographs from the 1937 homecoming!

"Whipsaw Northwestern" WHAAAT?!?! LOOK AT HOW HIP THOSE GOPHERS ARE! MAN, FRATS ARE COOL! 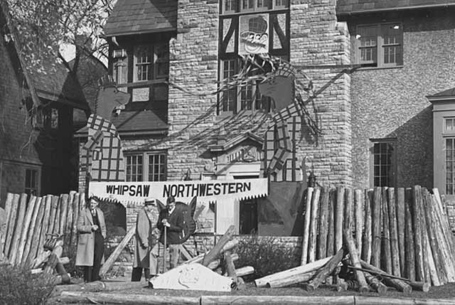 "GOPHERS ON A WILDCATS CHEST YO HO HO AND A BOTTLE OF RUM" What?!? Floats are AWESOME! 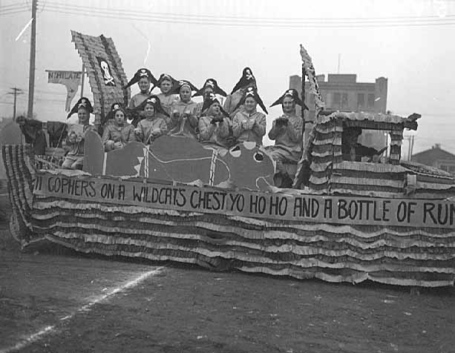 Oh by the way the Gophers also won the game 7-0. Now for some in game shots. 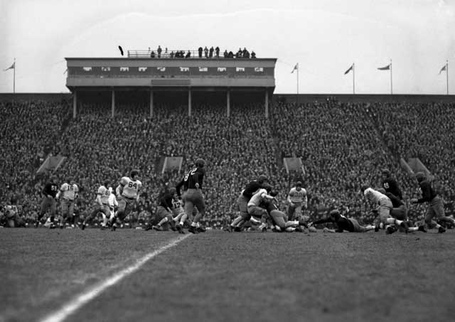 Gophers vs Northwestern 1937. via collections.mnhs.org

Last photo: an injured Wildcat being helped into an ambulance after the game. 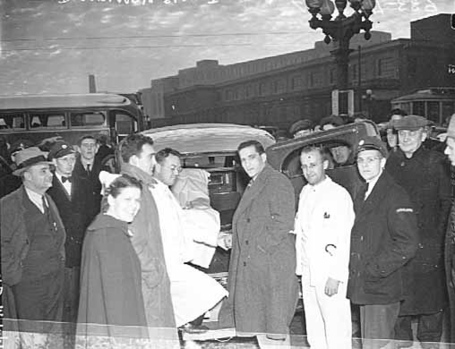 Wildcats player taken from game in ambulance, 1937. via collections.mnhs.org