Big Ten Football: What's the B1G Deal - Um, So There Were A Lot Of Bye Weeks

Seriously, ALL OF THE BYE WEEKS means the gnomes needed a new hook.

Share All sharing options for: Big Ten Football: What's the B1G Deal - Um, So There Were A Lot Of Bye Weeks

WHO ARE YOU AND WHAT HAVE YOU DONE TO THE ILLINOIS I KNEW AND LOVED? Illinois went out and stomped all over Miami (OH) 50-14.  This left the gnomes wondering:

The Champaign Room meanwhile? They were quite excited and with good reason:

That was a nice change of pace on Saturday wasn't it? That was what was supposed to happen in the season opener against Southern Illinois. The Illini were playing an inferior opponent, and for once, they treated their opponent as such.

It was great. From the two point conversion to the ensuing onside kick and the 29-point outburst in the second quarter that just buried the Redhawks, I enjoyed the hell out of it. I also enjoyed seeing that 50 on the scoreboard even if the Illini probably could have had 70 points if not for turnovers and taking a knee in the fourth quarter.

But even then, the Illini showed mercy to an opponent, and in order to do that you have to be in position to show mercy.

We were in position to take pity on somebody!

The gnomes don't want to live in a world where Illinois is able to take pity on teams.

Up next? Illinois heads to Nebraska. If they win, Bo might get fired. But they probably won't win. Probably. I think. 11am on ESPNU.

So the gnomes made an error. Indiana didn't play Penn State last week. They had a bye. As a result, there is not a game to recap. So instead of mocking them for a loss, the gnomes wanted to share a GIF that represents what they think of Indiana right now:

Indiana is like a race car crash. They're great and super fast on offense, but once they have to play defense...BOOM!

The Crimson Quarry does not expect Indiana to get their first win (EVER) over Penn State:

It really is going to come down to the Indiana line giving Sudfeld even just a little bit of time to get receivers up field and making some throws. Don't know if that is going to happen. Therefore I'm pessimistic on the results of this game. I expect a good crowd, but they'll start heading towards the exits after an early fourth quarter turnover by the offense. Penn State ends up taking this on Indiana 24 - Penn State 35

Up next? Penn State comes to town. Sorry Indiana. 11am on BTN.

The gnomes feel that there is only one appropriate response to what we witnessed on Saturday:

The gnomes don't want to do this, but it's the thing they do. Black Heart Gold Pants? Your thoughts?

There were a lot of uncomfortable echoes of the 2011 game in TCF Bank Stadium today, but I was very relieved (and happy) that this game had a much happier ending.

Time to move along. But before we do... 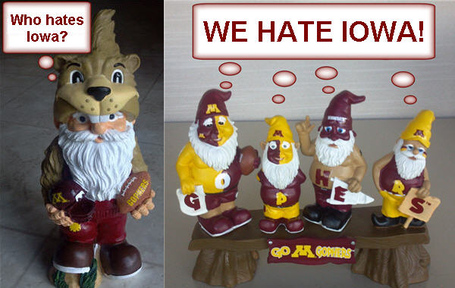 As true as it ever was.

Up next? Michigan State comes to Kinnick. I wouldn't watch this if you like points being scored. 11am on ESPN2.

Another bye week means another representation of what Michigan is like courtesy of the gnomes: 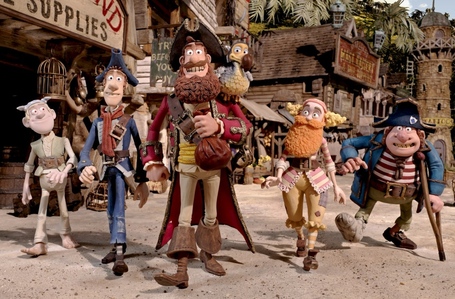 Pirates who are misfits. Should be fearsome but also bumbling. Seems appropriate.

What is Maize N Brew thinking about their game versus us on Saturday?

The Brown Jug Game is the type of series where one game out of every handful turns into a nail-biter. Michigan gets a lot of satisfaction out of retaining that trophy, and in order to get the win they've got to show that the off week was used to straighten out the turnover plague and get the cobwebs out of Devin Gardner's helmet.

I don't know about you, but I'm ok with Michigan remaining stuck in the cobwebs.

Another bye! Hooray? Anywho, here is what the gnomes think of MSU's defense: 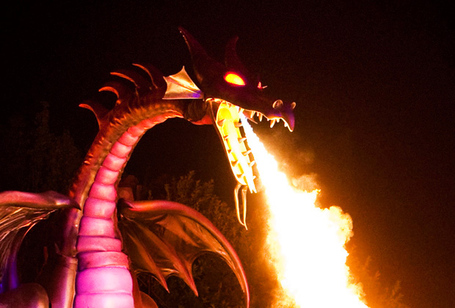 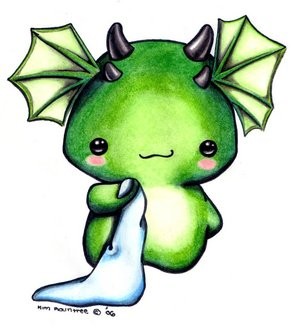 Let's check in with The Only Colors and see what they think about Iowa:

Vegas has this basically as a toss-up. Rexrode called it one of the biggest games in the Dantonio era, and I have to agree.

I'm also using a lot of word play and dubbing this game "LOL-a-punt-lose-za." Get it? Shut up.

It's comments like that which has the gnomes uber excited to watch this on.

WHY WERE THERE SO MANY BYES?

The gnomes have confirmed with friends on the ground in Lincoln that Nebby is the most angst causing team in the B1G. Congrats?

What does Corn Nation think about Illinois?

With Illinois ranking 93rd in the nation in total defense, it looks like this Saturday's game could be a wide-open game with lots of offense. Illinois fans might have been pleased that Miami's triple option attack was limited to 250 yards until they realize that represented the Redhawks best offensive performance of the season. Whichever defense fixes the most mistakes this week might be the team that wins on Saturday.

The gnomes think Nebraska should put away the Blackshirts and try the following: 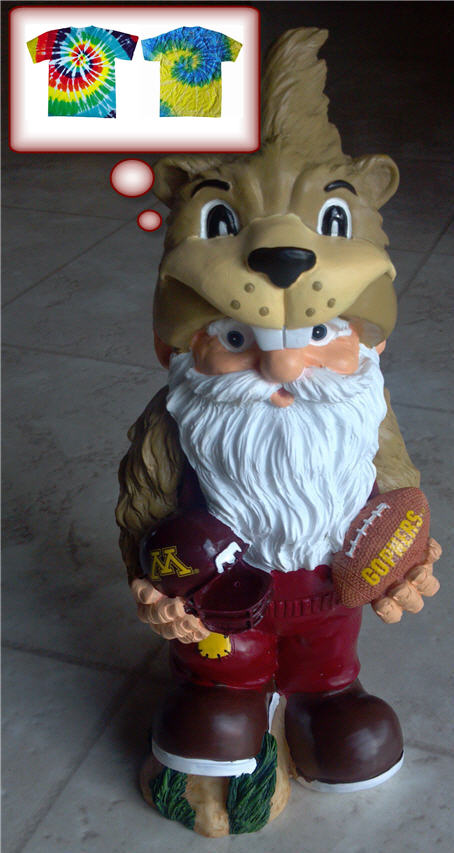 Why tie dye? First, because the Nebby D looks like they're playing on acid sometimes and second, because they need to try and do something to mellow Bo out.

Up next? Illinois comes to Lincoln. Husker fans might go full West Virginia if they lose. 11am on ESPNU.

What to make of Northwestern? The gnomes had only one choice... 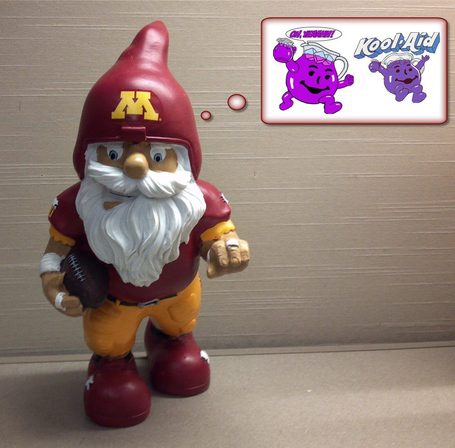 Yup, the gnomes are drinking the Kool Aid. This week, they are all Wildcats. What does Sippin' On Purple think?

I've thrown around rather nonchalantly the phrase "biggest game in program history" with relation to this one. It sounds unnecessary hyperbolic, but the truth is, I wasn't going for that. You can really argue that this sets up as the most important game Northwestern has ever played, of course, since football was invented in 1995.

The SOP folks have also come through with a call for Gameday Sign options. Here are the gnomes' faves: 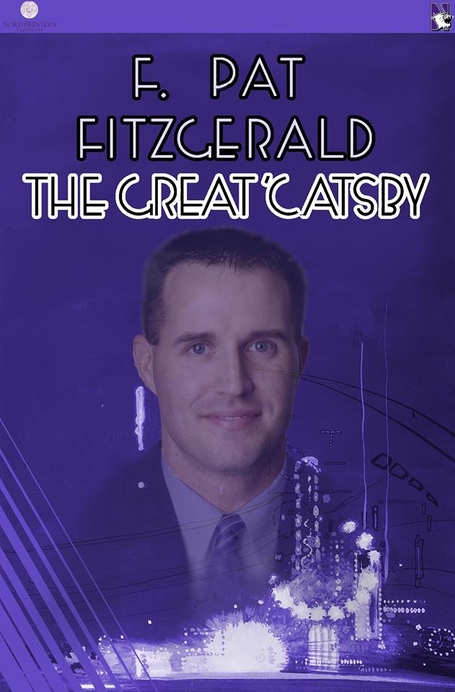 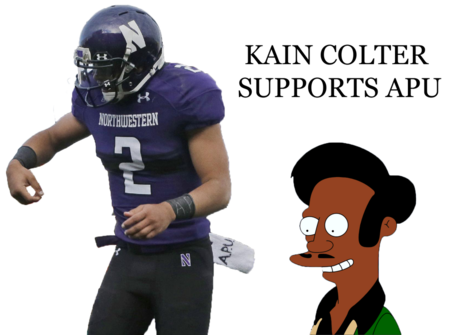 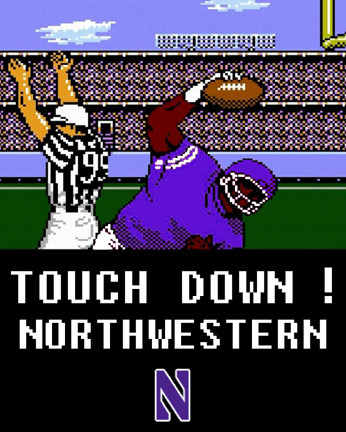 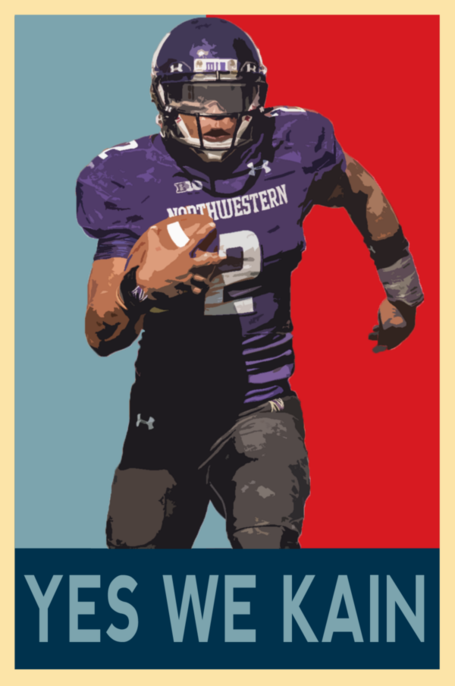 Northwestern bros, you have one job. BRING ONE OF THESE SIGNS!

Up next? BIGGEST GAME IN THE HISTORY OF NORTHWESTERN THE USA THE WORLD THE ENTIRE FREAKING UNIVERSE against Ohio State. 7pm on ABC.

It was not the shellacking the gnomes wanted, but good work in beating Wisconsin. The gnomes are proud of you Ohio State and would like to congratulate you with a sticker: 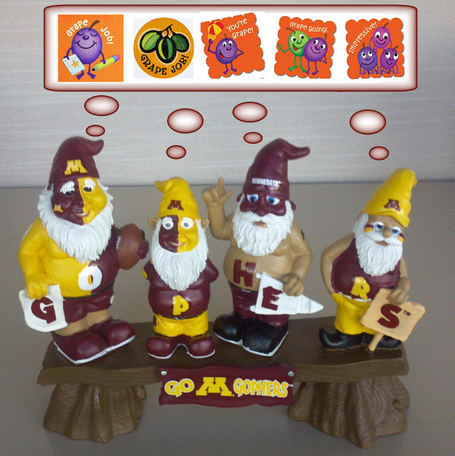 The use of purple should not be taken as a sign that the gnomes want Northwestern to win (yes it should. /insert annoying Wildcat growl)

Thankfully Ohio State didn't have a bye and as a result, Land Grant Holy Land had some thoughts about the win over Wisconsin:

The victory unfolded in front of 105,825 fans in Ohio Stadium, the third-largest crowd in Ohio State football history, and extends Ohio State's impressive winning streak to 17 consecutive games. Despite the big win, the narrative is likely to focus on the negatives ranging from Bradley Roby's inability to contain Abbrederis to some of the more tepid play calling that monopolized the later portions of the game. Still, this is the sort of game that divorced from in-the-moment emotion remains a sizable win for the Buckeyes and keeps Ohio State well positioned for long term success on the season.

Up next? Ryan Field shall be filled with Ohio State fans. 7pm on ABC.

Yea, the gnomes messed this one up too. Penn State was also on a bye. How will the gnomes depict the Nittany Lions? 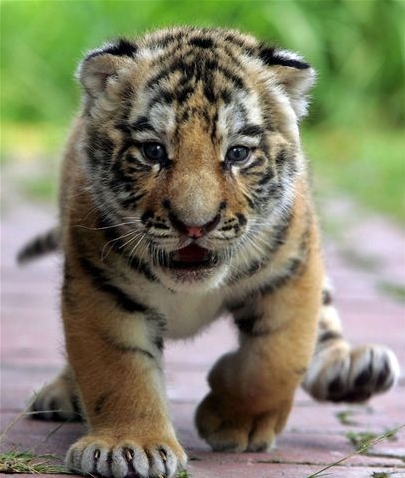 Penn State isn't a complete force, but much like a tiger cub they can bring a hurting your way if things are going well. Let's check in with Black Shoe Diaries and see what they have to say about Indiana:

There were some bright spots in the non-con, though the shinier moments came against inferior competition. Indiana surged past FCS rivals Indiana State, 73-25, missing out on tying the school record for points scored by just a field goal. They sandwiched a 32-point win over a not-terrible Bowling Green between the two losses, and one thing is clear through four games: these Hoosiers can put up points if you give them the chance.

Up next? Traveling to Bloomington to face Indiana. Let's just say I'm not betting on Indiana. 11am on BTN.

Purdue now has the distinction on sharing the worst loss to a MAC team in B1G history with...well, it was a team coached by a guy whose last name rhymed with hasten. 55-24. Sure, it was to a not terrible Northern Illinois team. But still. Hammer and Rails has hit rock bottom:

Ooooooooof.  Oh, and two players got charged with felony theft for stealing $40 worth of stuff from a Kohl's. Let that sink in for a minute. Yup, Kohl's. 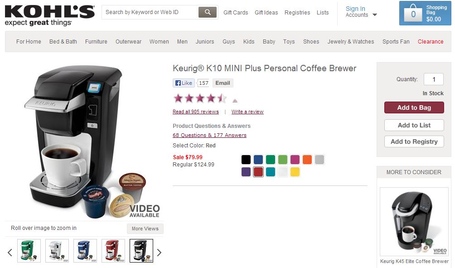 With Coach Hazell's 6am practices, you're going to need something to keep you awake for class later on. This Keurig is simple and easy to use, and with so many different types of K-Cups, you'll have more options than the Nordfense had quarterbacks!!

Up next? The bye week couldn't come soon enough.

I think it might be time to kiss that East title goodbye. 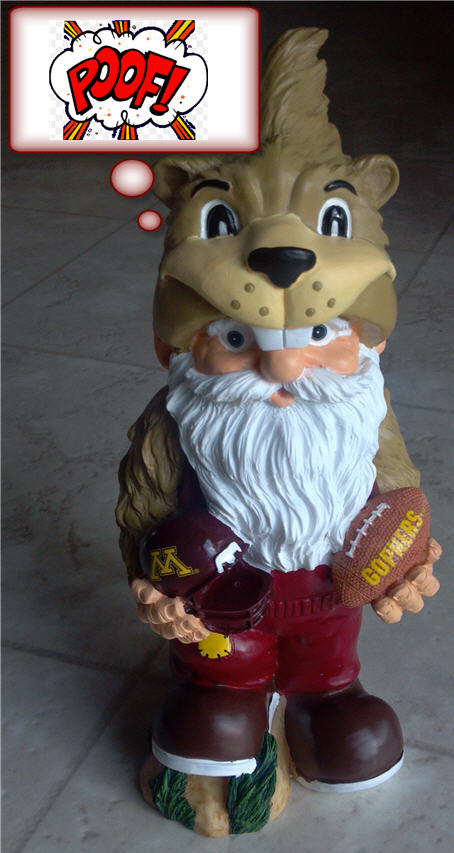 The Wisconsin Badgers had their chances in Columbus to knock off the Ohio StateBuckeyes, but too many stupid mistakes cost them in the end. It's really as simple as that, which for all of us fans out there feels like the same old story.

The gnomes like this story. It's a good one!