A public service announcement from The Daily Gopher.

Hi, I'm Troy McClure. You might remember me from such public service videos as "Iowa, Minnesota's Septic Tank." and "Bret Beilema, The Card Says You're A Douchecanoe." Today I'm here to remind you all that this it is your patriotic duty to hate Wisconsin. 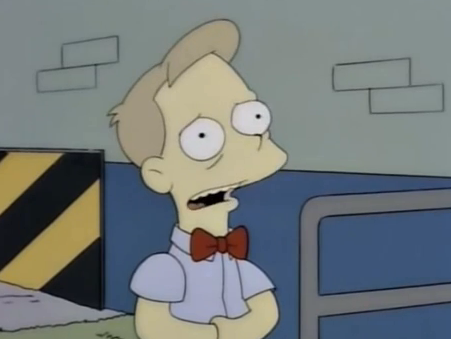 Ok then Johnny, what's your question?

I have this crazy friend who says that it's wrong to hate Wisconsin. Is my friend crazy?

No Tommy, just a horrible person with no soul. You see Billy, Wisconsin is the root of all evil. Unlike Iowa, the state itself has several redeeming qualities and doesn't smell of pig feces constantly. However, it's fanbase has grown entitled, spoiled, and overflow with a sense of importance that is both off-putting and unattractive. Just ask this scientician:

He'll tell you that the large amount of cheese and sausage they consume makes their farts quite odious and yet they still put their fingers in those smelly places.

But that's not all! They are a pasty people who try to hide their monochromotic fanbase via computer wizardry. They worship a beady eyed monster that can't spin it's head and they call it a badger even though it's just a skunk wearing an oversized popcorn box. Worst of all, they are known for being unpleasant towards fans of other teams. Don't kid yourself Willy, if a Wisconsin fan ever had the chance he'd pour beer on you and everyone you care about.

So you see Danny, hating Wisconsin is as American as Bee-bop-a-Ree-bop Rhubarb Pie!

Wow Mr. McClure, I was a Hawkeye fan Grade A moron to ever question hating Wisconsin.

HA HA HA! Yes you were Jimmy, yes you were. And always remember...