The gnomes decided not to do a traditional end of year awards ceremony for the teams of the B1G. Instead, they would like to present you with the 12 Days Of Snarkmas.

If you recall, the gnomes promised everyone an end of year awards ceremony to celebrate the completion of the B1G season. Well...no. They procrastinated and got busy and now that time has come and gone. However, it is Christmas. So the gnomes decided that a fair substitute for an end of year snark awards bit would be a snarky take on the Twelve Days of Christmas.

So put on your favorite holiday version of the song and sing along! 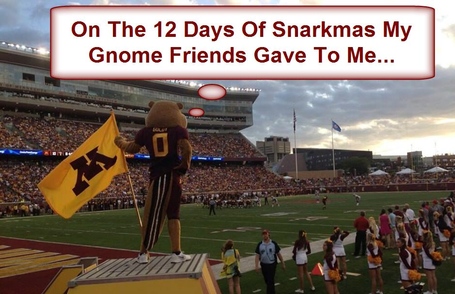 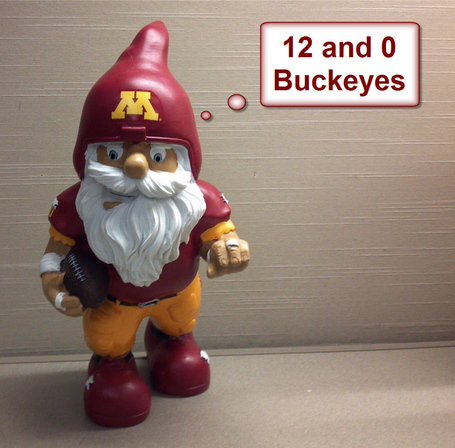 Way to go Ohio State. Your undefeated National Title Winning Big Ten Championship Letdown Narrative Fulfilling season was certainly a thing that happened. Honestly, it's not like there is a lot of mock you for. You went undefeated in the regular season and lost to the Galaxy's Best Defense™ in the B1G Title game. It could have been worse. You could lost to this man in a game everyone thought you'd win by 21.

All credit to Eleven Warriors for this genius level GIF work

That would have been...unpleasant. Instead the Buckeyes went out, lost to Michigan State in Indy, and gave the gnomes the gift of COUCH BURNING EXTRAVAGANZA! And for that, they thank you. 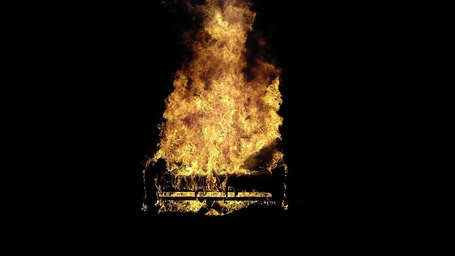 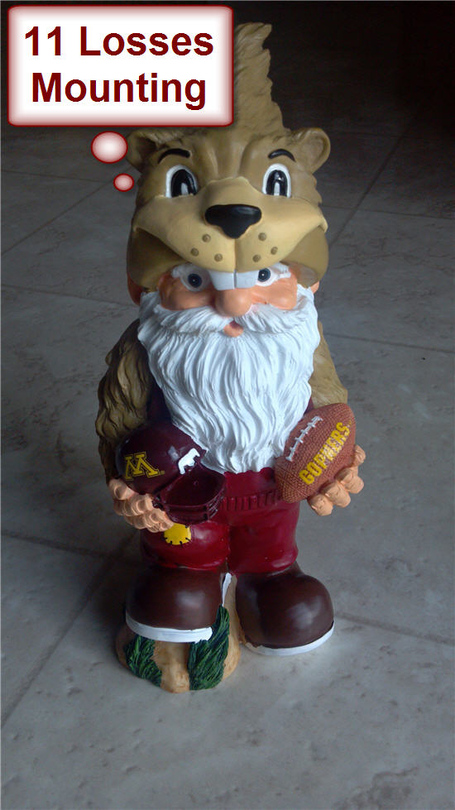 Oh sweet Purdue. I sincerely hope Hazell is thanking Morgan Burke for the gift of Indiana State, because the Sycamores were the only thing standing between the Boilermakers and complete and utter FAIL, possibly of the WORST B1G TEAM EVER variety. In any case, the gnomes would like to reprise their old favorite: 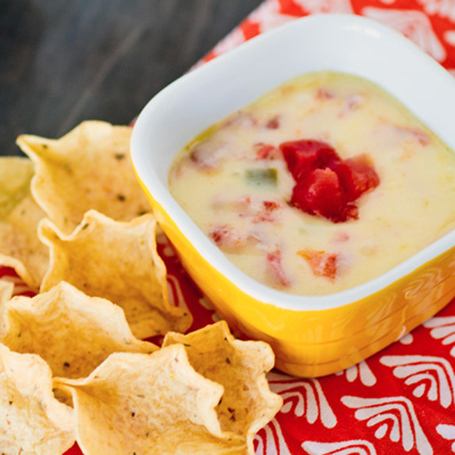 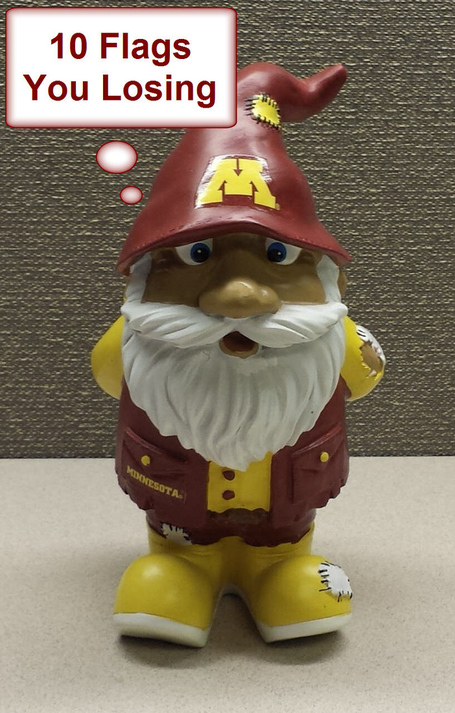 Well Spartans, you could have been playing for a national title right now if the refs had bothered to keep their hankies in their pockets. 10 penalties for 115 yards including 4 pass interference calls? If there was ever a game game that called for a ConSpartacy, this would be it. 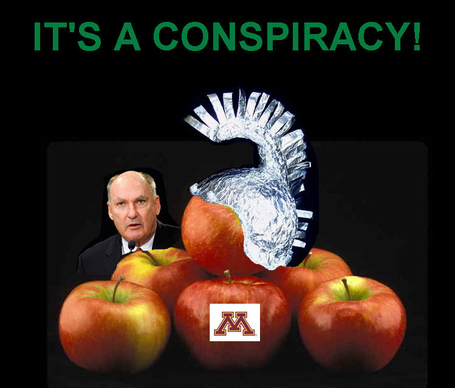 In any case, thanks for letting me get to know LT, the calm and collected East Lansing police leader who helped coordinate a massive response to juvenile couch nonsense more befitting an Appalachian Holler school. 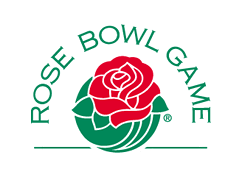 SBN Blog: The Only Colors 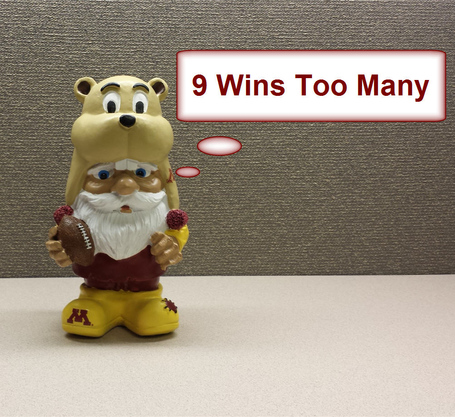 Dammit Gary Anderson. Not only do you miss important field goals that cost the Vikings a trip to the Super Bowl, but you stubbornly refuse to implement a crazy new scheme that would have doomed Wisconsin's season. Instead, you stuck with what worked and forced the gnomes to watch the Badgers play competent football for most of the year (snicker Penn State snicker). Sigh...I suppose we'll always have Dramatic Gopher. 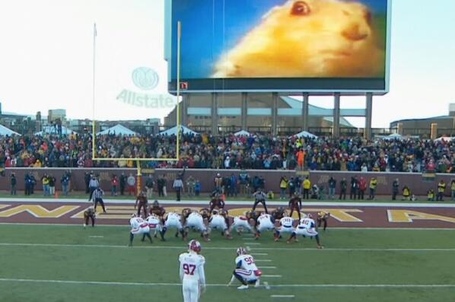 Up Next? Capitol One Bowl vs. South Carolina, Jan 1st, Noon, ABC 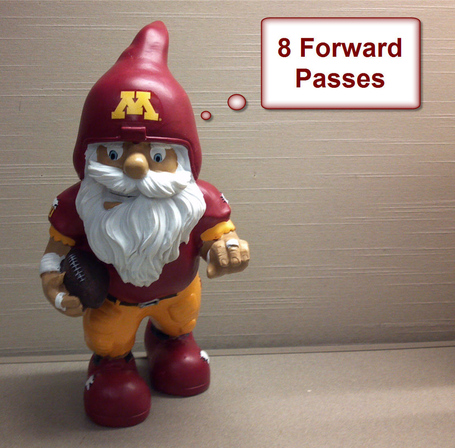 The gnomes would like to apologize for the weaker snark here in the Iowa section. Finding verses that fit the syllable count of the original was hard for Iowa. In the end, the gnomes decided to congratulate Iowa on realizing that there are playcalls outside of the horizontal 1 yard pass. And Floyd? Stay strong bro. The gnomes have not forgotten you. The gnomes are ending this segment with a picture of a happy Kirk Ferentz. 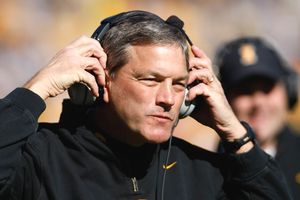 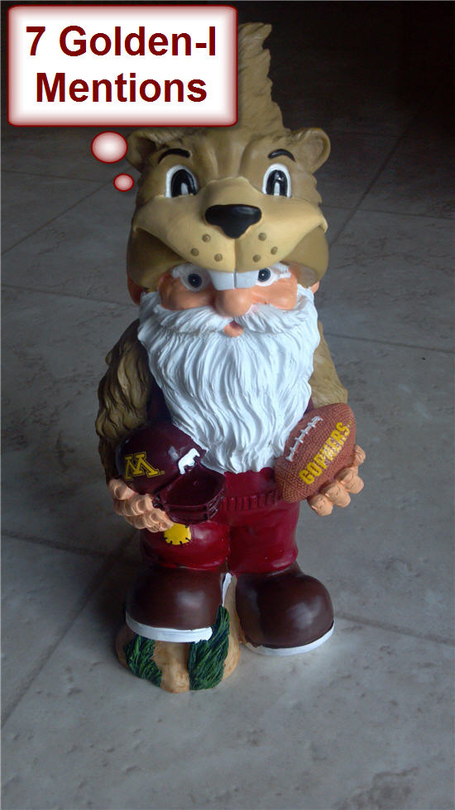 Penn State fans, you said the Golden-I would never become a thing.

You were wrong. The Gopher Gnomes hope you enjoy another season at home on the couch while the Vikings try to steal your head coach. 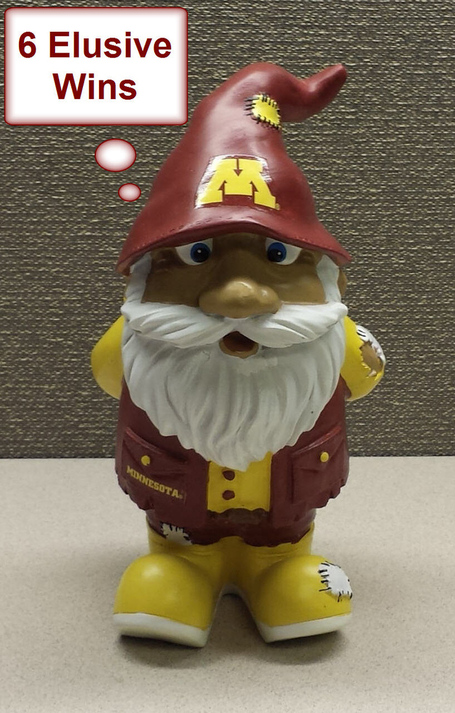 Instead, you face planted against Navy and out Gopher'd the Gophers.

The Gnomes would like to say better luck next year Indiana and thanks for breaking that Bloomington curse for us. 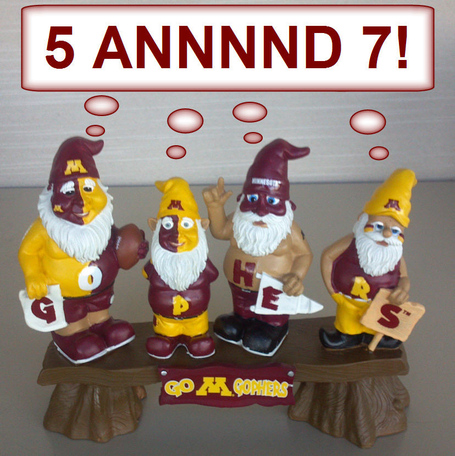 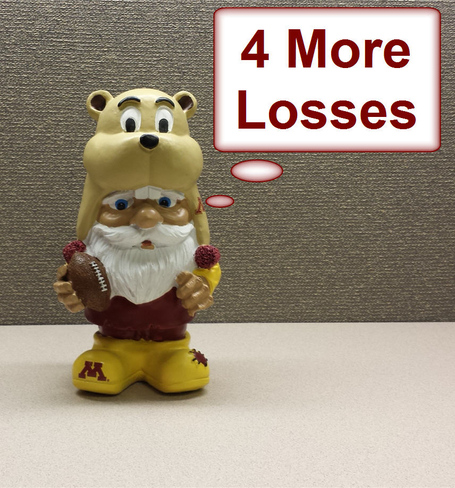 You can't spell Pellllini without 4 L's. Next year could be a very fun one to watch from afar when it comes to Nebraska. Never change Bo, never change. 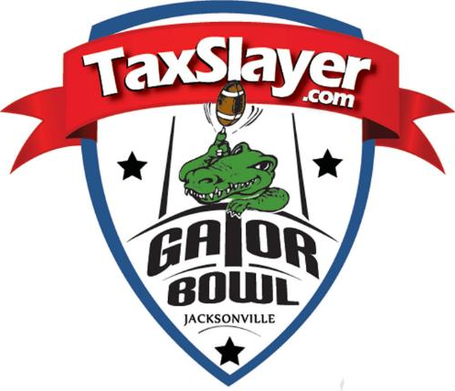 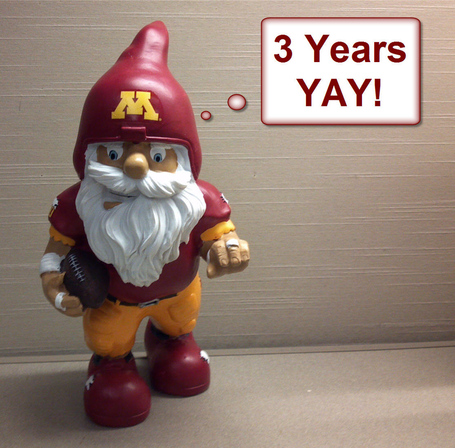 Illinois is bringing Tim Beckman back!

The gnomes are ecstatic. The Illini's very own Brewster imitator is going to hang around for the first season of the new division. What does that mean? More of this...

The 2015 class will be considered the FIGHTING FORCE! Join them and be a part of something special! 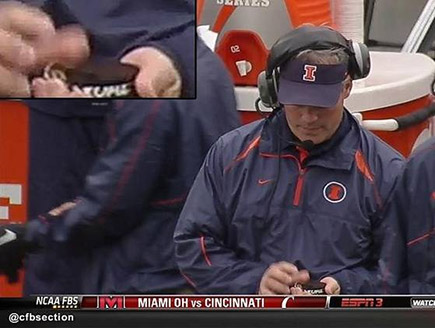 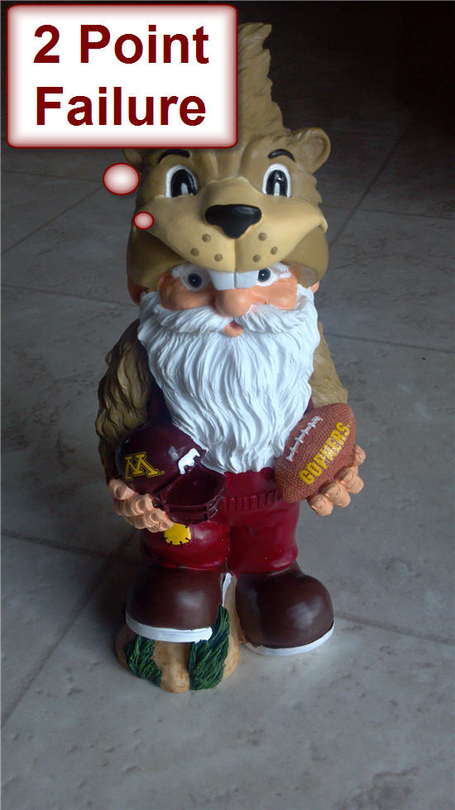 Can the gnomes be honest? They're tired. It's been a long fun Snarkmas Eve and they need to call it. Michigan, you suck. Even the sliding hold field goal against Northwestern. Because you cheated like a bunch of cheaters on that play. It looked cool though. 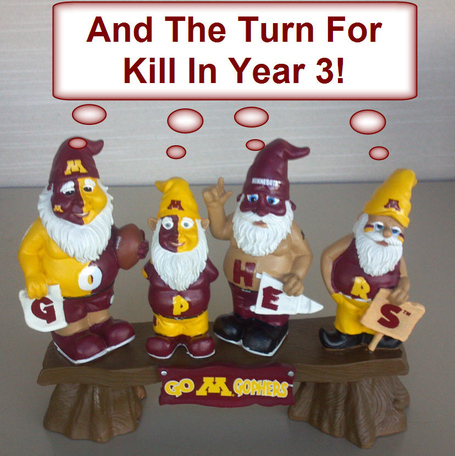 Ah, The Turn! It's been a fun football season for Gopher fans that has reset the expectations for the comings seasons. So the gnomes want you to get into the spirit of Snarkmas and celebrate like Coach Kill!