If the Gophers win it will only be the 2nd time the program has won 9 games since 1905 (the other was in 2003). Yes, some very strong Gopher teams didn't play enough games to win 9 back in the day or that won 8 when that was enough to win titles. But the fact remains that in the recent era reaching 9 wins is easier for a team to do and yet it has only happened once. So this isn't a milestone to sleep on either. Losing doesn't take away the great season (though it would be a down note) but winning has the potential to offer some nice momentum into the offseason. 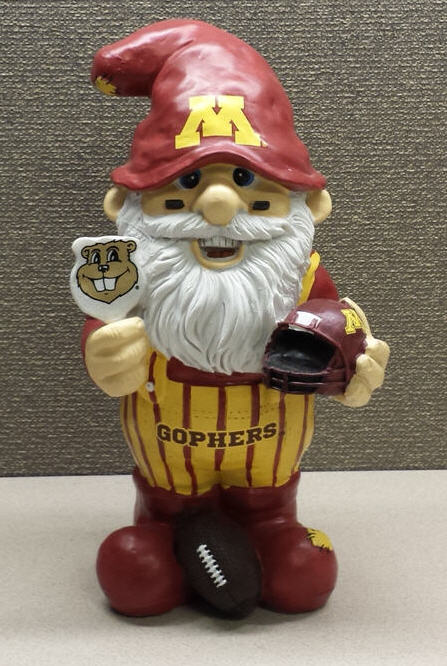 Strength on strength. That's how this game is being billed and I'd guess that's what we'll see. But then again, we thought we knew what we were going to see going into last year's Texas Bowl and the coaching staff used the month off to prepare quite a surprise for both Gopher fans and Texas Tech. I also remember how the Gophers started the game against Indiana. So the optimist inside me is hoping to see the Gophers execute in the passing game, get some easy points against Syracuse's weak secondary, and use the run to milk the clock and grind out the W down the stretch once Syracuse can't stack the box any more.

If you wanted, you could say that this is the Iowa or Wisconsin games when it comes to what the Gopher offense faces. But honestly, I don't think Cuse has as good of a defense as Iowa or Wisconsin.

In any case, what does Overalls Gnome think of Syracuse?

When and Where: 5 PM CST; Reliant Stadium, Houston, TX

Line: Minnesota is favored by 4.5 as of right now.

DOME WITH A CHANCE OF SHADOWS 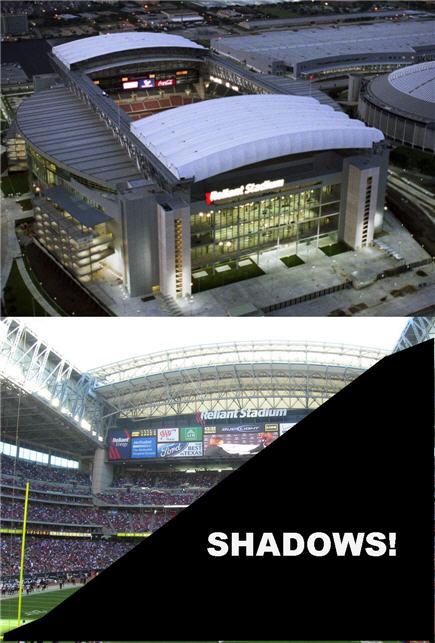 Where Are They From? Syracuse, New York

Is the image accurate? I have no idea and no context (thanks Google Images!) but it's not often Minnesota can point at a place and go "HA HA!" when it comes to snowfall. So I'm going to allow it.

Series History: 3-1 in favor of Minnesota, with the Gophers winning the last 3 in a row.

Syracuse averages 193.8 rushing yards per game, led by All-ACC Third Team running back Jerome Smith (70.0 yards per game), who has reached the end zone 11 times. Terrel Hunt leads the passing attack with 1,450 yards and 10 touchdowns, in addition to rushing for five scores.

The Orange's defense has only given up 138.3 rushing yards per contest and has yet to allow an individual 100-yard rusher. Durell Eskridge (78 tackles and four interceptions) and Jay Bromley (12.5 tackles for loss, including 9.0 sacks) earned third-team all-conference recognition.

Cuse fans seem to like him. He took his team to see Anchorman 2 this week. The latter is enough to get him a thumbs up from me.

1) Jerome Smith (Junior - RB): Team's leading rusher (878 yrds, 11 TD's) who has already declared for the NFL Draft. He's no slouch, averaging 4.6 per carry. And with the run game being the best part of Syracuse's offense, I'd expect that we'll see plenty of him tonight.

2) Linebackers: If you take a look at the defensive statistics for the Orange, the linebackers will jump out at you with their tackles for loss and sacks. Marquis Spruill (Senior) leads the group and team with 13.5 tackles for loss. Cameron Lynch (Junior) and Dyshawn Davis (Junior) complete the disruptive trio.

3) Jay Bromley (Senior - DT): Another player whose disruptive stat line jumps out. First on the team with 9 sacks (double any other player) and 2nd in TFL with 12.5. When Cuse fans talk about their team's run defense, Bromley joins the LB corp are who they are crowing about.

- Run the ball. No need to get away from what works. Given that Syracuse is stout up the middle, I'd like to see the Gophers utilize the outside (jet sweep anyone) and see if they can gain some extra yards there.

- Get Phil in a rhythm: Syracuse's pass defense is a liability. I don't think that means the Gophers need to pull an Iowa and change the game plan entirely. However, I do think it means Phil needs to be on his game. Missing wide open receivers will kill drives and the Gophers don't need that. I'd like to see Phil get some easy looks early and complete those passes to build back some confidence

- Show us something: If the Gophers are going to turn this thing into a double-digit win, I suspect it will because of a new wrinkle the coaching staff implemented with the extra bowl practices. Besides, we need a new formation to name!

2.5 Tim Brewsters in an orange grove. This Syracuse team isn't a pushover, but they aren't great either. While their run defense is stout, the signature stat of that group is full of caveats and the Gophers have proven they can run against better defenses than the Orange. Turnovers or horrid passing game play would cause trouble for Minnesota, but executing what they do best should still be more than enough to win this game. Mixing in something new or an great passing day by Philip Nelson could move this into bigger win territory. 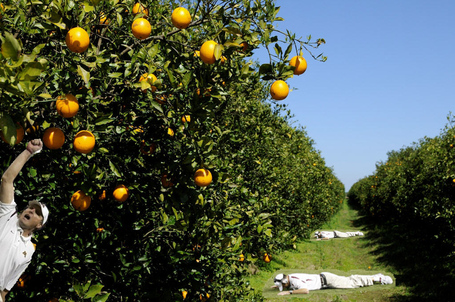 Gophers are the better team and their strength along both lines will win out. I'm keeping the prediction closer because I don't think the Gophers will do enough to run away with the game. Let Cuse have the Rodeo Bowl, we'll take the Texas Bowl and 9 wins!