Before we get to the new uniforms, I have to highlight this great SB Nation Longform piece by John Rosengren about the rivalry between Warroad and Roseau in high school hockey. You might have already noticed that I moved it into the Cover. I can't recommend it enough as it's really well written and is a great read.

- The Gophers have broken out new throwback unis for their matchup versus UW on Sunday at Soldier Field.

Like so many things in sports, the jerseys weren't entirely new. They reprised a vintage design from the 1960-61 season--which, it was pointed out, was Lou Nanne's first season in maroon and gold. The maroon sweaters feature "GOPHERS'' on the diagonal across the chest, with gold and white stripes on the sleeves and a commemorative patch for the OfficeMax Hockey City Classic. Budish modeled the jersey, while Lucia mingled with fans and Potulny enjoyed a skate with several dozen kids playing on the rink.

Here are some more photos: 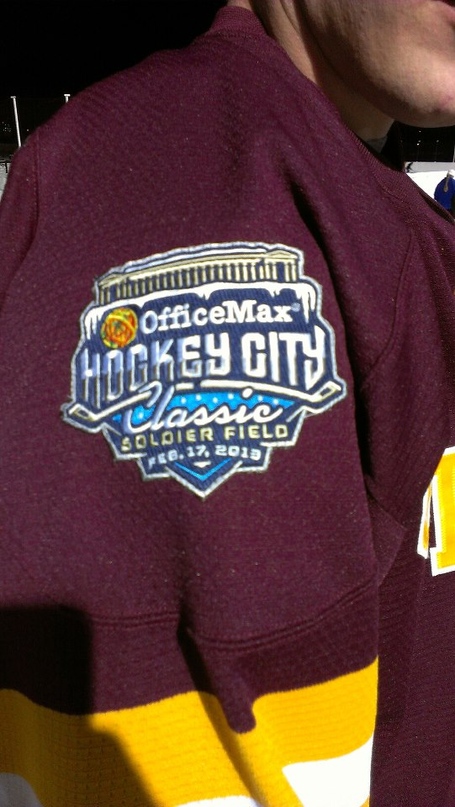 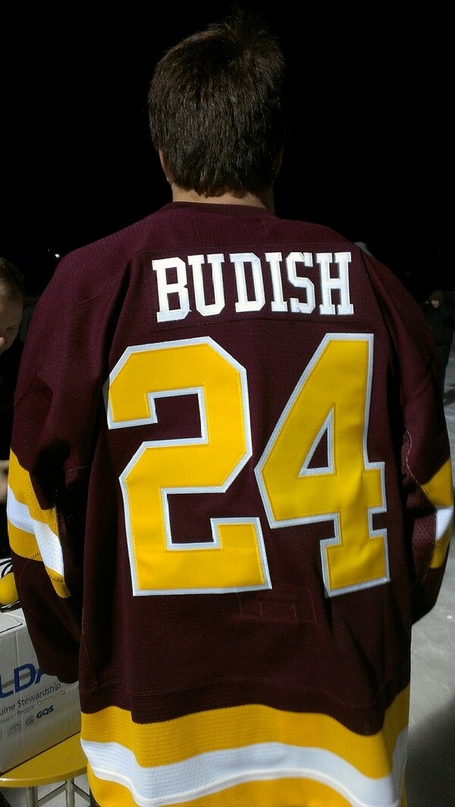 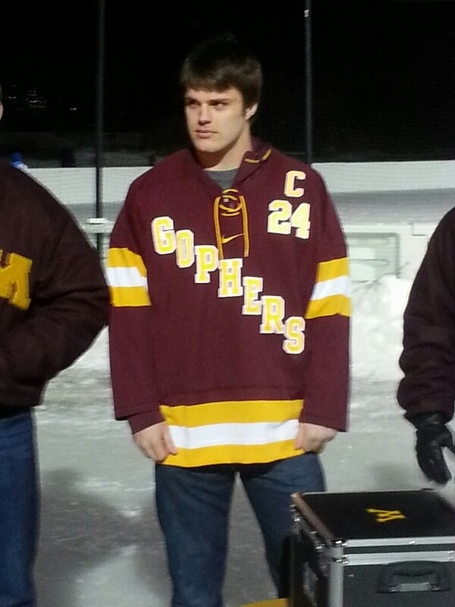 So why is UNO out? Well, if the Huskies just go 3-3-0 in their final six games, they will finish with 37 points. To reach that total the Mavericks would have to close 5-0-1. A daunting task and they also would have to climb over North Dakota and the Gophers, who have eight games left and a potential of 16 points.

UNO was looking good until being swept by UND at home this past weekend.

- The Western College Hockey Blog take a look at how difficult each team's stretch runs are. All 3 of Roman's contenders have pretty easy roads the rest of the way, so the Gophers are going to need to get some sweeps and make use of the 2 games they have in hand (while probably getting some help from JBSU/UND's opponents) if they're going to win another MacNaughton.

- The Gophers finally fell to the #2 spot in the polls behind Quinnipiac.

- Joe C. brings us a Minnesota view of the proposed B1G changes.

- Spring practice will begin on March 26th, with the spring game set for April 27th.

- A reminder that the Gophers are hosting a bone marrow registry drive this afternoon at TCF Bank Stadium.

The Gophers will host the drive in the home locker room at TCF Bank Stadium from 1-4 p.m. Their goal is to add 1,750 names to the registry.

- DWG decided not to quit blogging after the Illinois game and follows up with a very well written piece about why he's done with Tubby. I'm going to excerpt a bit but you should go read the whole thing.

I realize as a lifelong Gopher fan that expected a perennial power is pretty silly, but I had always figured the Gophers for the Clem model. Every 3-4 years a good team with the capability to make the Sweet 16, and if everything breaks right even a little further. With Monson on board the failings of the program weren't that surprising given his main goal was to "clean up the program" (whatever that means) but when he finally left and the surprising hire of Tubby Smith was announced I assumed at worst the Gophers would go back to the Clem model of success but, well, here we are.

It's pretty clear to me that Tubby Smith wasn't the answer. For whatever reason, whether you think he's mailing it in because he's old and doesn't have that fire in the belly anymore, is just trying to keep the seat warm for Saul, or just has never been that great a coach I fear this program has gone as far as it can go with him. The players are in place, and I'm not one to criticize Tubby's recruiting, but his in-game coaching has been terrible since he got here and seems to have hit another low this year. Between his lack of preparation (I've never seen so many guys look confused), his inability to adapt in game, his puzzling substitution patterns, and lack of any offensive coaching chops I just don't know what he's doing. Now their early season strength - defense - has seemingly abandoned them as well. About the only thing that's gone well all season is offensive rebounding, and that's basically all about player ability and motivation.

I've tried to step back and see if I'm being a crazy, pessimistic, sky is falling fan. I mean, given their RPI and SoS and a relatively easy schedule they're still likely to make the NCAA Tournament and that's good, right? I guess it just doesn't feel good given that they were in the "lock" category and have since fallen into "work left to do" or "should be in." The season has been a failure to this point,and it's not the results it's how the results come about. I'm not down on the team because they barely beat Iowa or lost at home to Illinois - I'm down on the team because the coaching has failed. The team is confused, I am confused, and it appears the coaching staff is confused. I'm not saying I could do it better than Tubby, but I am saying there are plenty of people out there who could.

- Amelia compares the starting five to the multitude of other lineup combinations Tubby used against Illinois. The results are not pleasing (all emphasis is Amelia's).

Minnesota’s starters, when all five were on the court together in the Gophers’ loss against Illinois at Williams Arena on Sunday, outscored the Illini by 12 points. But that group was used together for less than half of the game. The remaining of sub combinations were altogether outscored by Illinois by 16 points.

Smith used 13 different combinations on the floor Sunday, ultimately only using just one (the starters group) more than once.

When the starting group was in (a total of 19:32), their contributions were overall quite positive, up until the stretch they played together for the final 2:38, when they were down by one and gave up a 3-pointer to lose by 4. Otherwise, only three of the remaining 12 groups made a positive impact on the game (a total of plus-nine from the other positive combinations).

I don't have the heart or energy to dissect this. It sucks. There you go.

- Amelia also goes in depth and breaks down how many touches Trevor Mbakwe is getting. I'm going to excerpt a few things, but you need to go read the whole thing (A: It's really informative and B: Amelia did really nice work here):

1) Certainly, as we predicted, Mbakwe has fewer touches than anyone else. But what caught me by surprise was the very large discrepancy by which this is true. That Mbakwe – arguably the team’s best player and one of the best proven scorers – is only touching the ball 15.8 percent of the NAST(y) time is, to me, kind of egregious. Mbakwe is one of the Gophers’ greatest strengths. This proves what we all expected: that he is being underutilized. 2) Next, we look at where he got his touches. This realization is even more stunning. Only 28 of Mbakwe’s touches in those three games came in or near the paint, meaning that just 41 percent of his already low NAST(y) were inside his scoring zone. If we use only that number to compare, Mbakwe’s score-able touches (based on location only) account for just 6.5 percent of the NAST(y). Whoa.

Now, for Sunday’s game, because it was a little bit different. To start with, Elliott Eliason stepped in at center with Rodney Williams out with a tweaked left shoulder.

In any case, it worked out, especially early. Here’s how the NAST(y) played out:

Mbakwe hasn’t come close to getting that many touches in the previous three games, and the percentage is much more respectable and closer to where I would expect it to be as well. But the biggest and most meaningful change is probably the fact that 17 of those came in or around the paint.

Mbakwe responded with a 13-point, 10-point performance, scoring in double digits for the first time in five games.

As before, all emphasis was Amelia's. Again, I don't have the energy to do more than say "WELP."

- Rodney Williams is expected back for tomorrow night's game with Wisconsin.

- The Gophers passed their toughest remaining test, getting a road sweep at Ohio State and are still on pace to be far and away the best women's hockey team of all time.

-The Gophers have finished the season strong.

- Wrestling is no longer an Olympic sport, which is odd to say the least. Former Olympian and Minnesotan Chas betts shares his thoughts with Fuller.

"Obviously, it's super sad and pretty shocking," said Betts, a member of the U.S.'s 2012 Olympic Greco-Roman team. "It's hard to think about because when you think about the Olympics, one of the cornerstones of it is wrestling. It always has been."

- Baseball picked to finish 5th in the B1G...The Daily has a spotlight story on the Gopher pitching coach Todd Oakes' battle with leukemia...women's basketball needs to finish 4-1 in order to have a .500 B1G record...men's tennis snaps a losing streak while the women drop two...spotlight story from The Daily on the leading men's doubles team...men's swimming dominates the Gopher Challenge...the Gopher women's gymnasts beat Illinois over the weekend...

- Note to self, this is why football stadiums make for better outdoor hockey games. 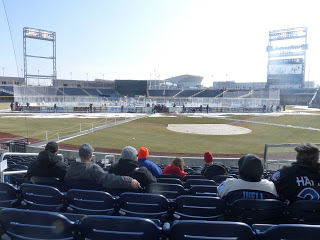 - Coming soon to an NBA arena near you, uniforms with sleeves. 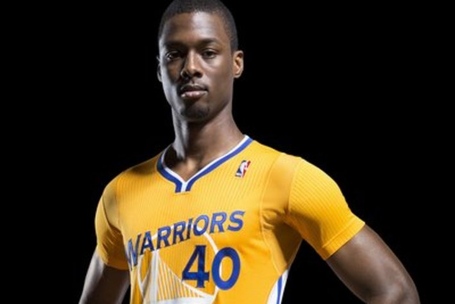 - You remember those super awesome posters from when some of us were kids? Well SB Nation Longform has a great piece about the guys who started that whole craze. 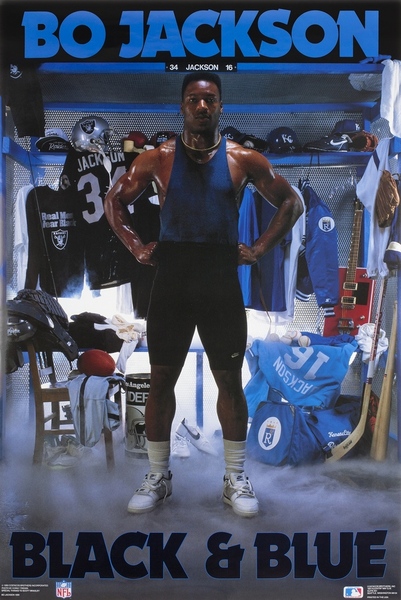 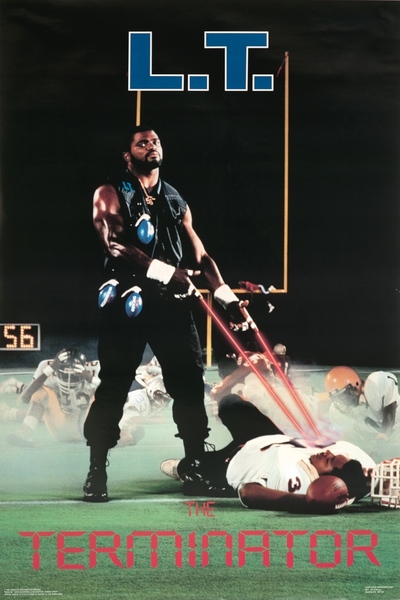 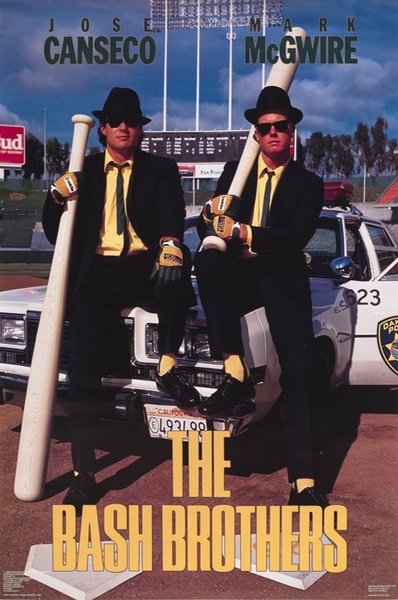 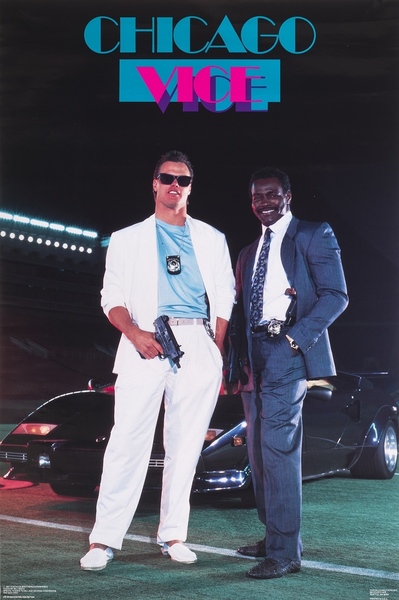 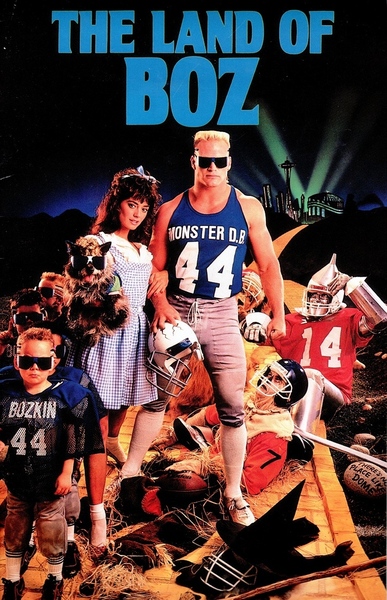 - A Farmington, MN goalie trolls his own coach/team on senior day with an "own goal/flick off/drop the mic moment" for the ages.

- For shame Makers Mark, for shame.

In an email to WFPL, the execs say they have to cut the ABV because they just don’t have enough bourbon to sell to everyone. The company is expanding the distillery but it’s unclear if the ABV will tick back up to 45% after this drop to 42% when the expansion is complete.

- I love you Bill Murray. 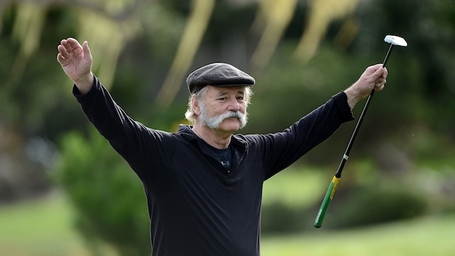 - Condor gets loose at a hockey game, hilarity ensues.