The fact that this is a day of love just makes me HATE the popcorn skunks even more. BETTER DEAD THAN RED!

Some quick HATE links for you all. But first this...

Don't forget to show your HATE on Facebook with this Cover photo:

And last but not least...

Bo Ryan - The Face of An Angry Coach

- Amelia also has a very nice in depth aMAILia Bag where she gives her prediction on what happens to Tubby and her thoughts on Shaka.

- Fuller talks about how more is always expected of Andre Hollins.

- The Daily talks to Dre and learns that Tubby has been more in control during the recent stretch.

Hollins and coach Tubby Smith had lunch together Wednesday to discuss the Gophers’ 2-6 record in their past eight Big Ten games.

"We need to fix our mistakes and fix them fast," Hollins said. "We feel like every game, we’ve been in the hunt to win."

The point guard and his coach discussed what Smith wanted out of him and the things Hollins is seeing out on the court.

Hollins admitted Smith has tightened the leash, calling more plays than before, as the team keeps losing.

"Any coach would when you’re on a losing streak," Hollins said. "You have to gain control."

- The Wisconsin scribe view of the Gophers under Tubby.

- The Badgers and Gophers - A clash of styles. Personally, my angle would have been "Why UW basketball's slow ugly play makes me want to vomit."

- Nate Schmidt plans to keep proving why he deserves to be drafted.

- The Daily looks at this weekend's series vs. UW.

- Joe C. looks at how MN high school football talent stacks up to other states. 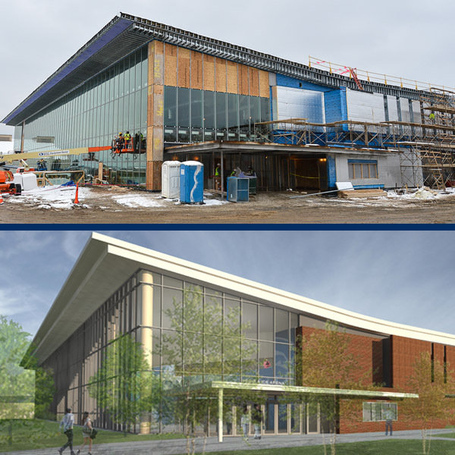 - There is a Michigan commit who say's he'll be a Buckeye fan till he dies. 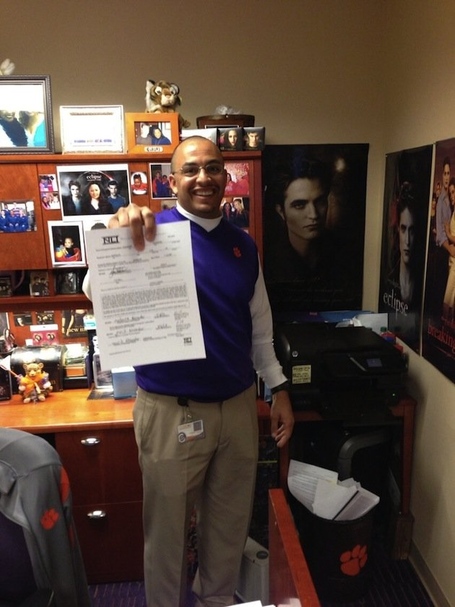 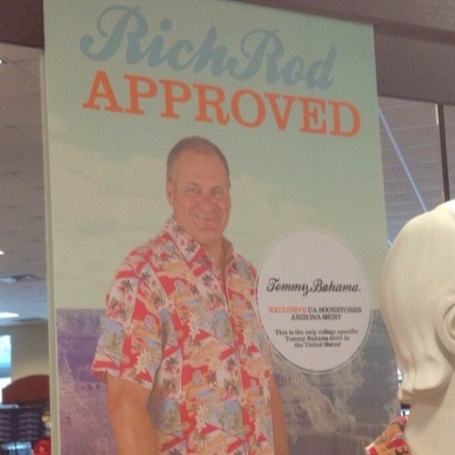 - Deadspin's guide to whether you should storm the court.

- This is how you execute the "miss the 2nd FT and score the putback to win in the final seconds" play.

- Duke and North Carolina have a manager's basketball game where some players show up to watch. Duke won this year on a buzzer beater.

- So with all the soccer talk yesterday I thought folks might find this interesting. Match fixing in soccer might be an even bigger deal than most people realize. Like, hundreds of millions of dollars big.

This week, Europol, the European Union's criminal-intelligence division, announced that its investigation into match-fixing, codenamed "Operation Veto," had uncovered 680 suspicious games from 2008 to 2011. It's huge news, not because the results are particularly surprising — there's plenty of other evidence, even recent evidence, that match-fixing is rampant in global soccer — but because the sheer extent of the allegations means that we can no longer delude ourselves about what's happening. This is what's happening: Soccer is fucked. Match-fixing is corroding the integrity of the game at every level. It's not just South African friendlies or Korean league games or Chinese "black whistles"; it's not even just the occasional Calciopoli-type scandal that you can explain away by saying "well, Italy is Italy." Operation Veto found suspect World Cup qualifiers, suspect European Championship qualifiers, suspect Champions League games.1 It found 150 suspect matches at the international level, on multiple continents. It found 380 suspect matches in Europe overall. It found a suspect match involving Liverpool that was played at Anfield, arguably the most celebrated club and stadium in England.2

These are tip-of-the-iceberg numbers. The investigation didn't turn up every instance of match-fixing everywhere; they're just talking about the possibilities they've turned up. Concise evidence of what's still hidden: Europol revealed that they'd found $11 million in organized-crime profits. Sound a little low to you? Chris Eaton, the former FIFA security director who now runs the International Centre for Sports Security in Qatar, thinks the actual number is maybe a hundred times that high.

- A actual dissection (with diagrams) of why the Battle for Hoth in The Empire Strikes Back was horrible military strategy.

How did the Galactic Empire ever cement its hold on the Star Wars Universe? The war machine built by Emperor Palpatine and run by Darth Vader is a spectacularly bad fighting force, as evidenced by all of the pieces of Death Star littering space. But of all the Empire’s failures, none is a more spectacular military fiasco than the Battle of Hoth at the beginning of The Empire Strikes Back. - CNNSI looks at the All Time Best and All Time Worst dunk contests in NBA history. That's my excuse to post this:

- Would you keep golfing after being bitten by a black widow spider? This woman did.

- I heart Will Ferrell. There, I said it.

Yep, that's Will Ferrell, decked out in the official uniform of a Staples Center usher, scanning the crowd and keeping the peace during last night's Suns-Lakers game. As is usually the case, we have no idea why Will Ferrell was doing this, or why he was wearing a name tag that read, "Ted Vagina." No, really, that's what it said. 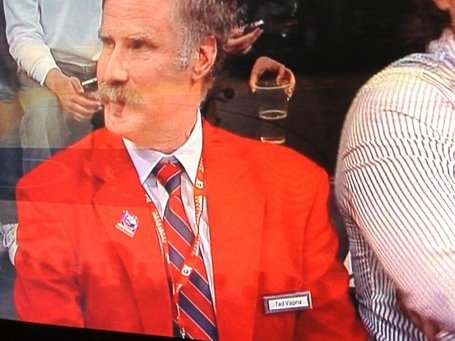 - These guys snuck into the Super Bowl.