So that's what a sweet, sweet rivalry victory feels like. I'd almost forgotten!

Before we get to any links I need to highlight this exquisite bit of trolling by the Gophers basketball team:

As soon as Minnesota coach Tubby Smith finished speaking with the team after its 58-53 win, the Gophers jumped around and mobbed each other in the locker room as Ke$ha's "Die Young" played in the background. Wisconsin made headlines earlier this week when a video of the Badgers dancing to the same song after their win over Michigan went viral.

As Brusewitz was taking responsibility for the loss in the Wisconsin locker room, nobody was willing to take credit for the subtle jab at the Badgers in the Minnesota locker room.

Asked whether the choice of postgame victory music was deliberate, Mbakwe smiled and told the Minneapolis Star-Tribune, "No comment."

You earned that trolling boys! Also, got love Tubby's moves and Trev throwing him over his shoulder.

- Now that I invested in a GIF app for my Mac (thanks for convincing me to do it Ginger Badger!) I plan on putting together a postgame GIF post anytime there are enough worthy choices. So if you have things that you want me to turn into a GIF, let me know in the OPEN THREAD comments or on Twitter (@GoAUpher). This is good for all sports of course. In the meantime, enjoy a smattering of GIFs from last night that I whipped up last night and this morning. I know some of them are rough...I got better at making them as the night went on. If I have time I'll replace the rough ones with better copies.

- Bo calls the ref a fucker. (BTW, this is face that got the FUCK BO RYAN chant going...seems appropriate)

- Ginger Badger showing us what Bo taught him

- Dre wishing us all a Happy Valentine's Day

- Cute little kid being all toothless and crazy

- And last but not least, TUBBY DANCE!

- Amelia's postgame notes include some gold:

Rodney Williams has known Mike Bruesewitz for the better part of his basketball life, so in a moment of need, he didn’t fall short on strategies to distract.

As Bruesewitz gripped the game in his hands – outside the baseline and preparing for an inbounds pass with 22 seconds remaining – Rodney Williams started talking smack.

He needled his old friend, a St. Paul native, on whether he really thought the Austin Hollins charge that had given him the ball was a good call. He asked him – was he sure?

"The idea was definitely to get into his head," Williams said.

His mission may have worked. Bruesewitz, who had just been reminded by the referee that he couldn’t walk with the ball, started doing just that, automatically ending the Badgers’ possession.

Some other key notes:

There was plenty of blame to go around for UW (17-8, 8-4), which scored four points over its final 15 possessions of the game. The Badgers went 8 minutes, 48 seconds without scoring after senior forward Ryan Evans made a free throw to give UW a 49-43 lead with 5:08 remaining in regulation.

Evans missed his final five free throws of the game and finished 2-for-8 overall. He was also 2-for-8 from the field, including several misses in the paint early in the second half.

"If he just makes his free throws, we're out of here. We're on the plane already," Ryan said of Evans, who dropped to 40.3 percent at the line on the season. "C'mon, what am I going to do with the guy? You know it was going to get us one game -- hopefully, not two? What can you say?"

- The team is excited for Chicago. But they can't focus on that game yet with a battle tonight at Kohl Center.

- PREVIEWS: Thoughts from our very own Jeffrick, Nate Wells of Western College Hockey, and Andy Johnson over at B5Q.

- This is a big weekend in the bunched up WCHA. As Roman notes it's possible the Gophers could be fighting for first place or simply to keep home ice at the end of it.

- All four throwback unis for the Hockey City Classic. 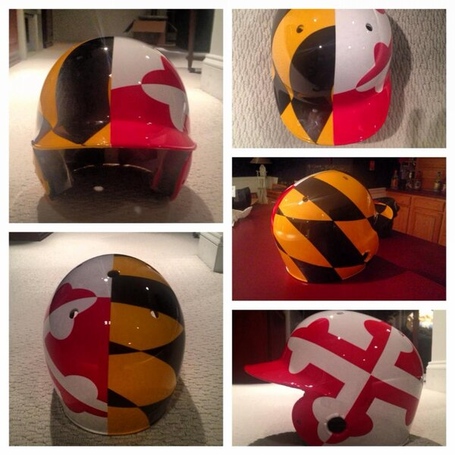 - The Harlem Shake is a thing and here are some college versions of it.