- So, the women's team is just ridiculously good. How good? Well, they to their individual and team records this weekend with a sweep of UMD:

The Gophers beat Minnesota-Duluth 5-0 on Friday to claim the WCHA Conference’s regular-season title, becoming the fastest team ever to do so.

The Gophers added a 6-2 victory Saturday to extend their record winning streak to 36 games and complete their first season sweep of the Bulldogs in program history.

In addition to the trophy, senior goaltender Noora Räty broke the NCAA Division I record for career wins Friday with 101. With the win Saturday, she now has 102.

That's on top of the big records they broke last weekend in Madison.

Minnesota beat the Badgers 2-0 on Friday to break Wisconsin’s unbeaten record of 32 games. Minnesota won 5-1 Sunday, helping senior goaltender Noora Räty match the record for most victories in a career.

Last weekend was also the team's first sweep of Wisconsin since '99-'00,

- Last week Joe Christensen asked if this was the best women's hockey team ever. I'm going to say that there really can't be much doubt of that at this point.

- Reusse got the nod to cover the women this weekend. As is his style, the fact that the Gophers team he was covering was a non-rev means it's not trollish.

- Yesterday's win is something we haven't seen much of in recent seasons...a February basketball victory.

- Not a nice surprise? Our struggling half court offense.

- Rodney Williams was getting support from frosh Charles Buggs during his slump.

- Sandell takes an in-depth offseason look at the Gophers' defense and the strides it still needs to make. It's a nice piece with a lot of quotes from Coach Claeys.

- The football team is working to raise awareness and participation for bone marrow donations with a registry drive on 2/13.

- Gopher Gridiron has a video up from the start of offseason workouts:

- The women won at MSU over the weekend while facing unusual conditions. This follows a huge win over #1 Michigan at home last week.

- The women fell to Nebraska in a similar fashion to their last Husker loss.

- According to my close personal friend, the Aspire outside sales folks are doing pretty well with their ticket sale campaigns:

The Gophers have raised more than $942,000 in new revenue since the week of June 15, when new ticket sales started. That total was raised through $814,000 in ticket sales and more than $128,000 in Golden Gopher Fund donations related to those ticket sales.

In terms of specific sports sales, the three main revenue sports break down like this: $264,000 in football ticket sales; $244,000 in men's basketball; and, most impressive, $306,000 in men's hockey. That total for hockey includes 324 full season-ticket packages, 260 three-game ticket packages and 371 group tickets.

That puts Aspire on pace to break the amount of money guaranteed to the U and also exceed their $1.57 million dollar goal for the year.

- Looking for one reason to not hate Barry Alvarez. Here you go:

With the league adding Maryland (definitely) and Rutgers (probably) in 2014 and a new round of divisional realignment on its way, Alvarez staked his position in a letter to Wisconsin fans in the Jan. 31, 2013 edition of "Varsity," a Badger publication. Alvarez wrote that he wants Wisconsin to play against Minnesota, Iowa and Nebraska every year.

- The B1G might be using expansion to create a top notch lacrosse conference. A potential target? Top program John's Hopkins.

- Illinois has a contest for people to create a new mascot. It's on Facebook. It went about as well as one could expect: 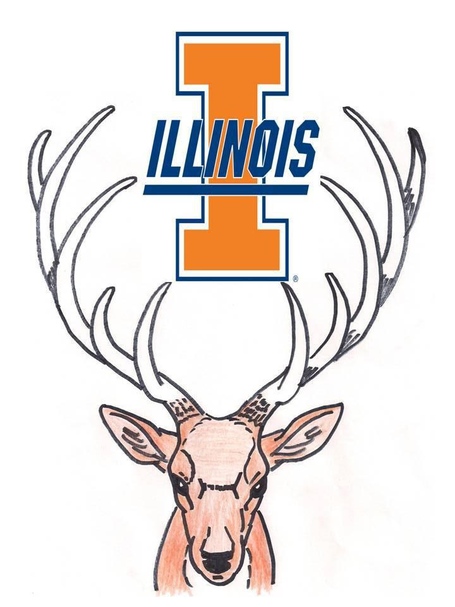 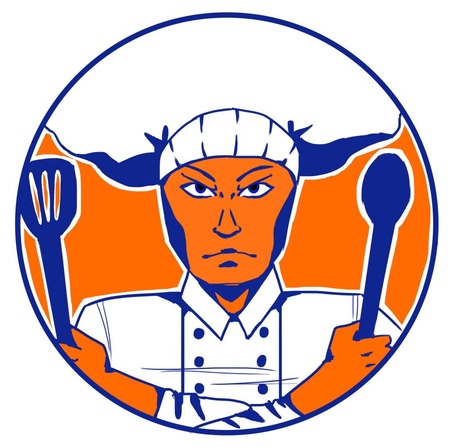 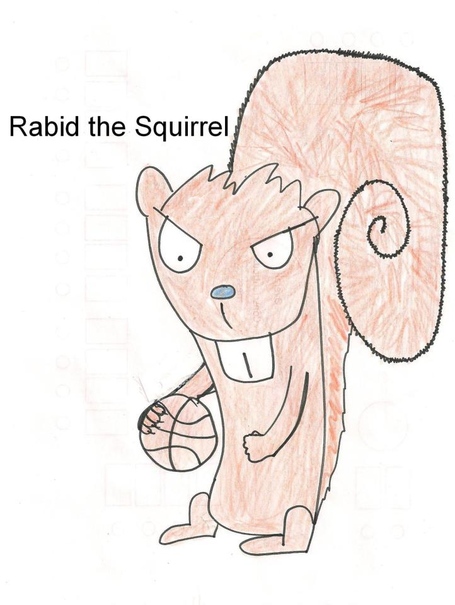 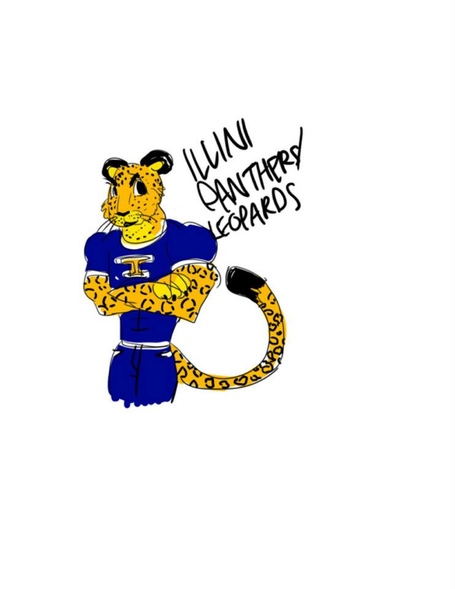 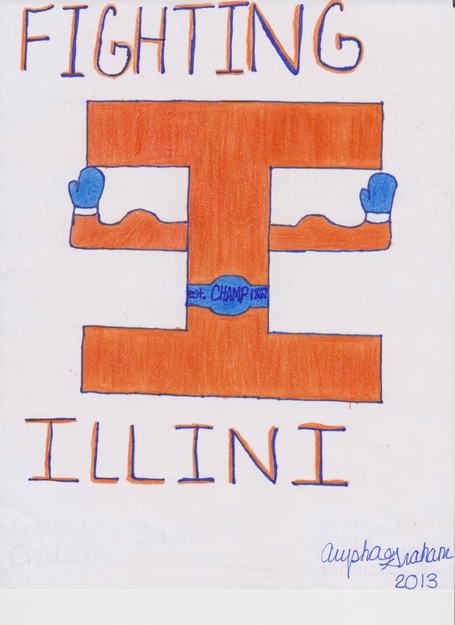 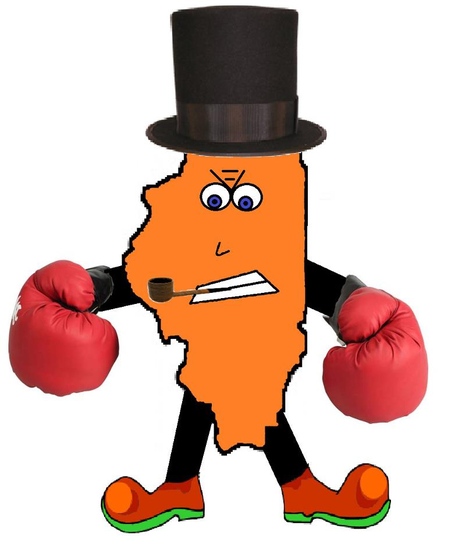 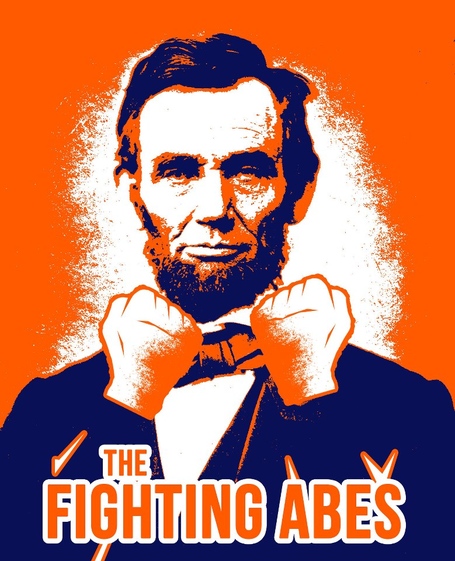 - Speaking of logos and such...Nebraska has a new secondary logo:

- Boston College's SB Nation blog BC Interruption takes an interesting look at why Stanford has been able to mold themselves into a football power program.

- Michigan coaching staff Catfished their own players BEFORE Manti made a fool of himself.

- DII kid pulls of a between the legs dunk during a game. Time to up your game Rodney.

- The Western College Hockey Blog has fun with numbers. For example:

-Speaking of the flaws of game-winning goals being considered a "clutch" stat: Minnesota has scored 10 game-winning goals in the first period this year, more than double any team outside the WCHA. Minnesota State is second with 6, followed by North Dakota and St. Cloud with 5. When it comes to game-winning goals scored in the third period or later, UMass-Lowell, Merrimack, and number one Quinnipiac are tied for the national lead with 8.

- "Hi Sioux fans...this is Wisconsin. We've also had to drop you off our non-con schedule for a little bit despite all the free space because you took too long to figure out that you can't use the Sioux name or logo anymore. We know you've been using us as a way to make fun of Minnesota for dropping you and we're sorry about ruining that argument. But you see, the real issue is that you are morans and that the argument sucked in the first place. With our deepest condolances...Mike Eaves and UW Hockey"

- Did you know that Lindsay Lohan has a cousin and that he is going to play hockey for Michigan?

- The NCAA is dumb about uniforms: 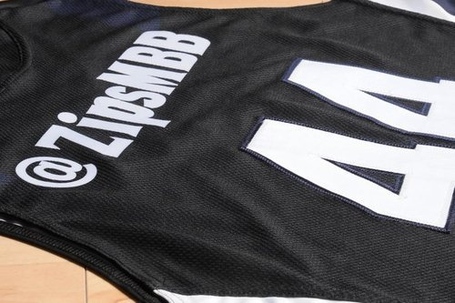 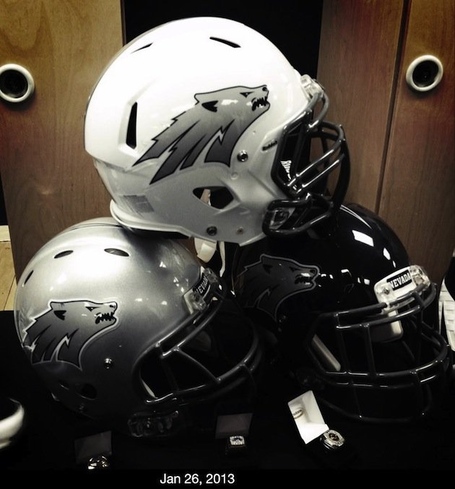 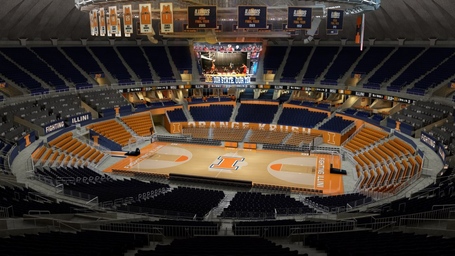 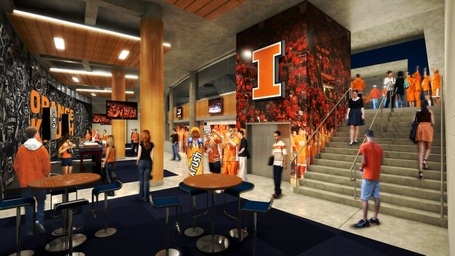 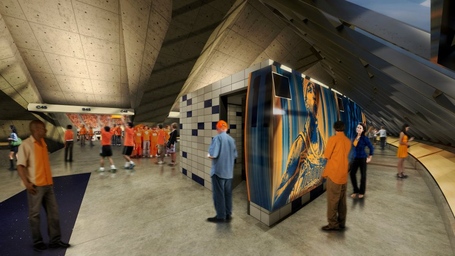 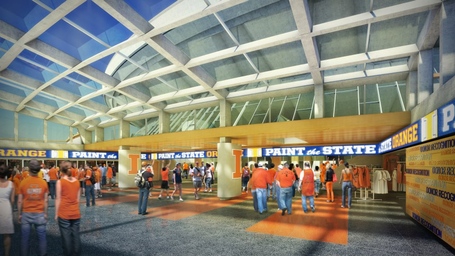 ALL THE SUPER BOWL COMMERCIALS

- Here are some of my faves:

- It's ok to push officials in the NFL now.

- This Batshit Insanity entry from Black Heart Gold Pants is titled "Coach Vending Machine 2: Vending Day." If that sounds like your cup of tea then go there ASAP. You won't be disappointed.

- Kid dunks himself through the hoop. Glorious.

- QUESTIONS THAT VEX US ALL. Who has the best $1 burger?

- I see Reusse has been trying to emulate the gasbags of Boston.