So tomorrow is just another Wednesday right?

How about a post-workday Nugz everyone? These should have gone up this morning but work is work and tomorrow is NSD and I didn't want the Nugz to clutter up the recruiting coverage. So, a late dinnertime edition it is!

- You're probably wondering why J Robinson was the photo lede for this post. Well, that's because I wanted to highlight this story I came across in The Daily about U wrestler Joel Bauman. The story looks a Joel's foray into a career in music and how be recently sidelined by concussions has affected his music. The story is a nice reminder that a lot of the U's athletes lead interesting lives outside of sports. Also, I gotta say that I liked his most recent single too.

- RECRUITING STORIES, GET YOUR RECRUITING STORIES: Tom Lemming is a big fan of QB Chris Streveler. Berkley Edwards wants to stick it to Michigan. Joe Christensen asks recruiting gurus who they think the steal of Minnesota's class is. Coach Kill goes outside of Minnesota to fill his classes.

- ALL OF THE BRACKETOLOGY: Lunardi calls us a 5 seed in the East, Glockner says 6 seed in the Midwest (he also lists us in the "Should Be In" category of his latest Bubble Watch), Palm has us as a 4 seed in the South, while SB Nation goes with 5 seed in the West.

- INJURIES CAN HELP TOO? MSU might be without 2 key players tomorrow night.

Backup point guard Travis Trice wasn't in uniform during Monday's practice while starting shooting guard Gary Harris participated in some drills with his teammates. Trice and Harris were both knocked out of last week's win against Illinois. Harris had back spasms. Trice had a head injury and needs to pass a concussion test to play.

Izzo said he doubts Trice will be in the lineup against the Golden Gophers and said Harris probably will be able to play.

- Tubby says the lack of bench production is his fault.

- Speaking of Tubby and fault...DWG asks "What is up with Tubby Smith, man?" It is definitely worth a read.

- Jeff Zulgad tells us what we already knew.

- Time for another edition of the aMAILia Bag.

- Quincy Lewis is transitioning to a new role at the U.

- If you are the fan in this story then you are required to admit to it in the comments. It's a rule. Look it up.

An Eagan man really didn't want to know how a Gophers basketball game ended before he'd had a chance to watch the recording.

So much so that when a utility contractor working outside his home blared a sports talk-radio station that gave away the outcome, he became infuriated. He allegedly threatened to shoot the worker, and then holed himself up inside his house. That triggered a standoff with a SWAT team and police negotiators that lasted more than three hours.

Given the date mentioned in the story (Jan 18) it sounds like this guy was upset that he hadn't watched the Michigan game yet. Little did he know that the utility worker was doing him a favor.

- I will sacrifice as many UND jerseys as are necessary to make this happen Jobu.

The outdoor hockey game the Gophers men's team will play in on Feb. 17 against Wisconsin at Soldier Field in Chicago might not be its last and, if Minnesota athletic director Norwood Teague has anything to do with it, the next one will be at TCF Bank Stadium.

Teague said on his radio show on 1500 ESPN on Monday night that the university is researching having an outdoor game and that it wouldn't necessarily have to be tied to having the Wild play in the NHL's Winter Classic at the same time.

"It does not look like there are a lot of obstacles in the way of doing that," Teague said. "Hopefully, it will happen soon. We should do it, there's no reason not to. ... I'd like to do it next year, but we're kind of set with the (Gophers) schedule. Maybe in two years."

Let this be another reminder of why we should all be thankful to have an AD who looks for ways to make something happen instead of just saying why it's too hard.

- Gophers still ranked #1 despite being idle.

- Roman gets us ready for a big weekend against SCSU with post on how St. Cloud survived a "booby trap" weekend and another on how the Gophers are expecting a high scoring series.

- MOAR BRACKETOLOGY: - BC Interruption delivers their latest College Hockey Bracketology update. Takeaways for us? They see the Gophers as a #1 seed in the West, along with Dartmouth, Yale, and the Whioux.

- Ex-Gophers compete in ice cross downhill (e.g. the Red Bull Crashed Ice event that was just held in St. Paul). Don't know what that is?

- Time lapse video of the rink preparations at Soldier Field.

- Both the men and women swept their meets in Wisconsin over the weekend.

- In news that will not come as a shock, the U women are ranked #1 again.

- We're not as close to a new practice facility as we might hope. Also, the U's facilities wishlist beyond just MBB and FB.

- MSU blog The Only Colors uses statsy analysis to project the likely outcomes of the B1G basketball title race. I highly recommend you look at this if you like statsy things. What does it project for the Gophers? (ED NOTE: The quote below is me translating a table into something easier to include, not a direct quote)

- Northwestern is going to play more games at Wrigley and this time they'll be able to use both endzones!

- Off Tackle Empire takes a look at the effect violence (and the attempts to reduce injury) in football may have on the game.

- You're doing it wrong Ole Miss and Mississippi State fans.

- Michigan is wearing these right now. BURN IT ALL DOWN. 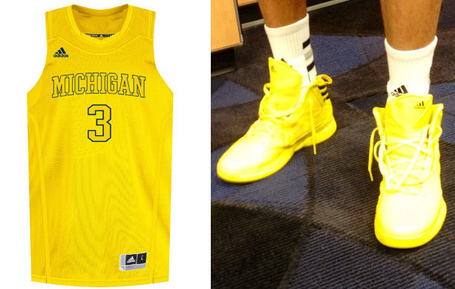 - Bama built themselves a mega-weightroom. 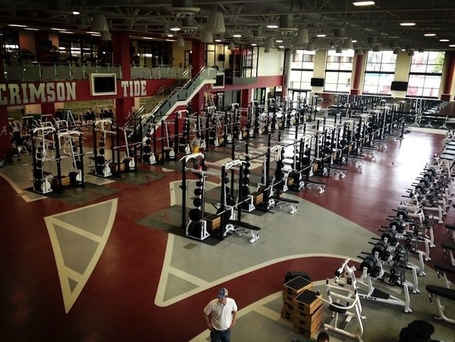 - My favorite sportswriter authored food column, Heaven is a Buffet, has moved to new digs on CNNSI's Extra Mustard section. If you need a reminder why Andy Staples is a fun food writer to read I offer this except of a recent post:

I asked members of the Dreamland group to tell me who decided to opt for average barbecue when better local options existed. None would take credit for the idea. I’ve seen this phenomenon before. Eating at a Dreamland satellite location is like owning a Nickelback album. Plenty of people do it, but no one dares admit it publicly.

- Will Ferrell had another Old Milwaukee Super Bowl ad that only aired in random (and tiny) TV markets.

Little know fact? Will also did ad for Old Milwaukee in Swedish for the Sweden beer market.

- A homeless hitchhiking hippie saves a woman's life by beating a crazy dude over the head with a hatchet. He is then interviewed by the local Fox affiliate.

- Fox is trying to groom Gus Johnson to be their primary announcer for the 2018 and 2022 World Cups. I know several of you are football fans and I'm sure this will prompt strong reactions one way or the other. 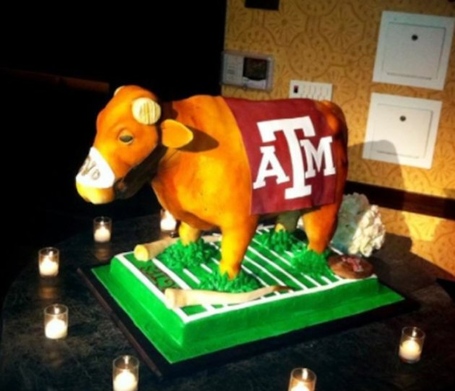 - This kid is awesome and gets his own section.