Congratulations to the the Minnesota Gopher Women's Hockey team on winning their second national title in a row and on completing the first perfect season in NCAA women's hockey history! 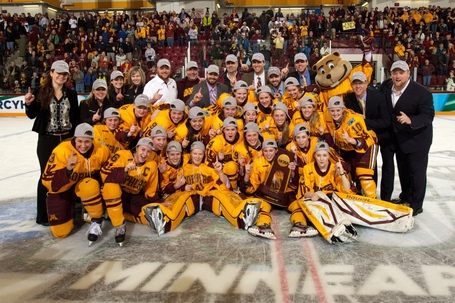 I'll have a more in depth take along with some great pics from the weekend tomorrow (sorry, still have to drive all the way back to Madison tonight) but before I head out I want to share a few thoughts: