Just stop it winter. We get it. You want us back. But I'm going to let you in on a secret that actually isn't a secret. We hate you. We badmouth you to all of our friends. When people in other states display interest in getting to know you we make so let them know what a horrible season you are. We post photos with mean captions about you on social media. Frankly, we're real jerks about it. I mean, it's not your fault that you just love us so much that you can't let us go. But it's time winter. It's time to move on. How about we take a break and you go visit family in the southern hemisphere. Maybe we'll give this relationship another try later. Like December later. We really don't want to see you stalking us in September of October. That would be creepy. 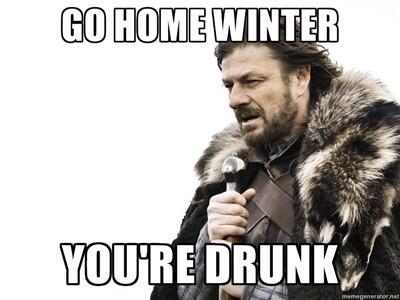 Well then. It looks like Goldy's Run is going to be a Polar Dash this weekend. On the plus side, it does mean that running in Zubaz pants may be a viable option for me, which is nice. Anyway, Job A still rules the world right now so let's get you to some stories and questions to ponder as you go about your day.

- The Gopher basketball coaching staff picture is coming into focus. Yesterday, the U announced that Kimani Young and Mike Baldo would be joining Coach Pitino's staff. Amelia has their quick backgrounds. But the big story has been the amazing journey Coach Young's life has taken. After graduating from UTEP he made some REAL bad decisions, was arrested with 96 lbs of weed, and spent a year in prison. Rather than let it define and ruin his life, he started rebuilding himself and his future brick by brick. His legal problems aren't all that he's faced. His wife also died unexpectedly leaving him to raise their 3 children on his own. But through all that he has persevered and as a result his dream of being a college coach has continued to come true. Really an amazing story and I highly recommend you read Amelia's full piece. Hats off to Coach Young for everything he's overcome and welcome to Minnesota!

- Have you ever wondered just how many college teams are called the Gophers? This cool infographic from PopChart Labs has the answer and it is 2. Minnesota and Goucher College in Baltimore. Anyone else pleased that the U doesn't have a generic and lame nickname? Because I love that the U doesn't have a stupid, generic, and lame nickname. Also, what's your favorite mascot name, type, or general category from the infographic? I'm partial to the "Brigands" category and the McDaniel Green Terror. (Click on the image below to enlarge Just realized that the enlarged version off the image below isn't big enough. Go here to see the full scale and readable version.) 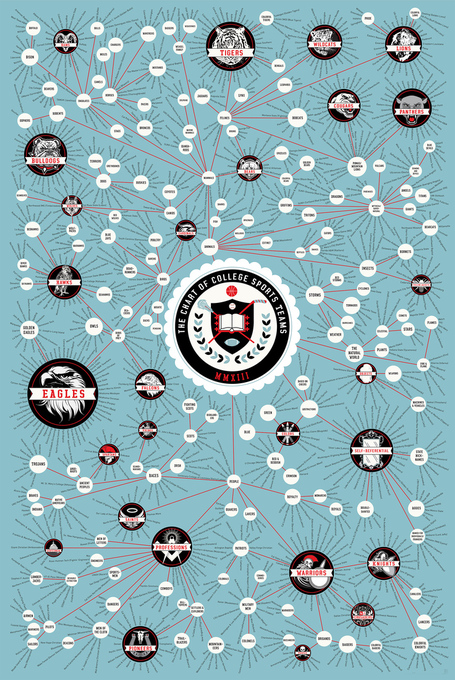 - SPRING PRACTICE HITS: Pirsig's knee is still hurting but initial reports are that he won't need surgery. Meanwhile, concerns over the potential conflicts between T. Denny and the U in regards to Sanford Health's desire to replace Fairview as the U's hospital partner mean that Coach Kill won't be going to The Masters with our football sugar daddy. I'm not sure if Kill is a golf guy but I know I'd be pissed. Would anyone else be pissed? Because I'd be pissed.

Also, Devin Crawford-Tufts will head right back to the track once spring practices are completed. I'm glad to see him continue to pursue his love of both sports, especially given the fact that he's one of the best sprinters in the B1G. What are everyone else's thoughts on DCT keeping up 2 sports?

Lastly, have any of you been to a Spring Practice yet? Anyone planning on going?