Share All sharing options for: Big Ten Bowl Update - San Diego. Drink It In, It Always Goes Down Smooth.

It's looking more and more like the Holiday Bowl will be among the new bowl destinations that Big Ten fans will have the opportunity to visit.

An industry source said the Holiday Bowl and Big Ten are close to finishing a six-year agreement. The bowl will pick second in the Pac-12 and third in the Big Ten after the playoff and access bowls make their selections starting with the 2014 season. Officials cautioned that no deals are final, but they are optimistic.

"I think when the dust settles, you can speculate that the Big Ten is coming (to the Holiday Bowl), and you’ll be OK," said the source with direct knowledge of discussions.

I know we like to rag on Jim Delany a bit here at TDG, but I've got nothing but love for this move. You stay classy Jim, you stay classy.

- It discovered by the Germans (something that makes the 50% of me that is of German ancestry very proud) and was named for the private lady parts of a whale.

- It is sunny a whole lot of the time! How much is a whole lot? Well according to this source I've never seen before it's 266 days of the year.

- ALL OF THE BEERS! San Diego is known for being a beer loving town. Seriously, there are TONS of places in the city/region to find brews: 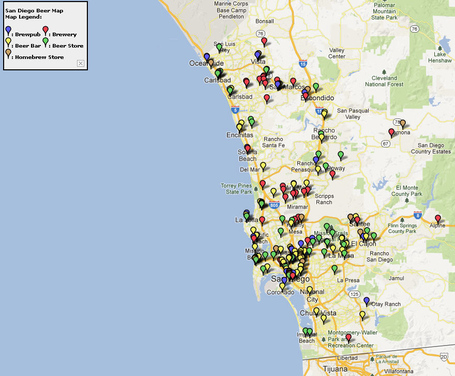 - Visiting San Diego is an excuse to quote Anchorman and Top Gun (Miramar Naval Air Station is just north of the city) pretty much all the time. That's right friends, you can break out "A La Jolla man clings to life at a university hospital after being viciously attacked by a pack of wild dogs in an abandoned pool." while you are in La Jolla. And you can turn to your fellow travelers and say "good morning gentleman, the temperature is 110 degrees" as you pass Miramar on the way to Stone Brewing Company in Escondido. HOW AWESOME IS THAT? Awesome enough that you might find yourself overwhelmed and in a glass case of emotion.

- One of the best burgers I've ever had can be found at Karl Straus Brewing in La Jolla. 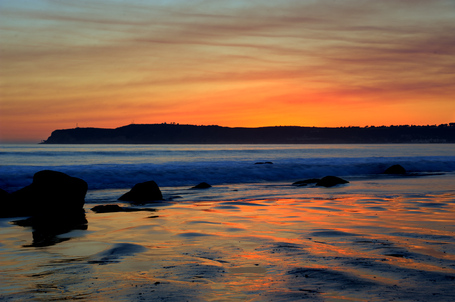 - If you're a golfer you can finally get a chance to play Torrey Pines South.

- The San Diego Zoo has pandas. Nothing more needs to be said.

The Rest Of The New Bowls

Here's how the rest of the bowl changes seem to break down:

- The Music City Bowl is back on the calendar every other season. In the years the B1G isn't in the bowl that the Gophers own, the spot will be filled by the Gator Bowl. I've heard good things about Nashville and am supportive of this move.

- The Pinstripe Bowl will be added. As I've noted previously, this is cool with me. We're a cold weather conference, why not play a cold weather game in a market we want TV carriage in that also happens to be a sweet city to visit.

- The MCCBoT will be dropped in favor of the Heart of Dallas Bowl. I dislike this move but honestly, does it really matter that much? Neither city is an extremely desirable visit.

While not set in stone, this news is looking pretty solid. What are you thoughts on the changes?