The Gopher athletic department is making their annual rounds to outstate locations as part of the Gopher Road Trip Chalk Talk. Yesterday started in Redwood Falls then went to Jackson. This morning the crew is in Mankato and New Ulm before heading home. There have been a number of media outlets reporting on these stops getting some choice quotes from Teague, Kill, Pitino, etc.

From Chip Scoggins, Richard Pitino on a few different things...

-- On juco point guard Dre Mathieu: "He's about as quick of a guard as you're going to see in the Big Ten. He's lightning fast. He's probably only 5-10 but he can windmill dunk and do some things that are unbelievable. He'll be fun to watch."

-- On center Elliott Eliason: "He won't be able to play until he beats me in a pushup competition. We've got to get him in shape, but I actually do think that he's going to have a great year. I believe it and he needs to believe it. Once he gets in great shape, he's going to be a difference-maker for us."

-- On center Mo Walker: "He's lost 20 pounds, which is great. The old expression, that's a deck chair off the Titanic as they say. He's got to lose about 40 more and he will. He's been awesome. He's been committed. He's staying here [this summer] instead of going home, which shows a lot about him. He wants to do it. He's changed his diet."

I love how this staff is really pushing guys in focused areas. I'm imagining a fit Walker and a cut Eliason by next October to go along with a backcourt that can shoot the ball.

More Tweets and specific info about the caravan can be found here. 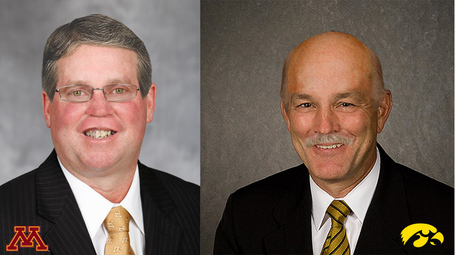